Gurley not dwelling on lack of touches with Rams

Gurley not dwelling on lack of touches with Rams 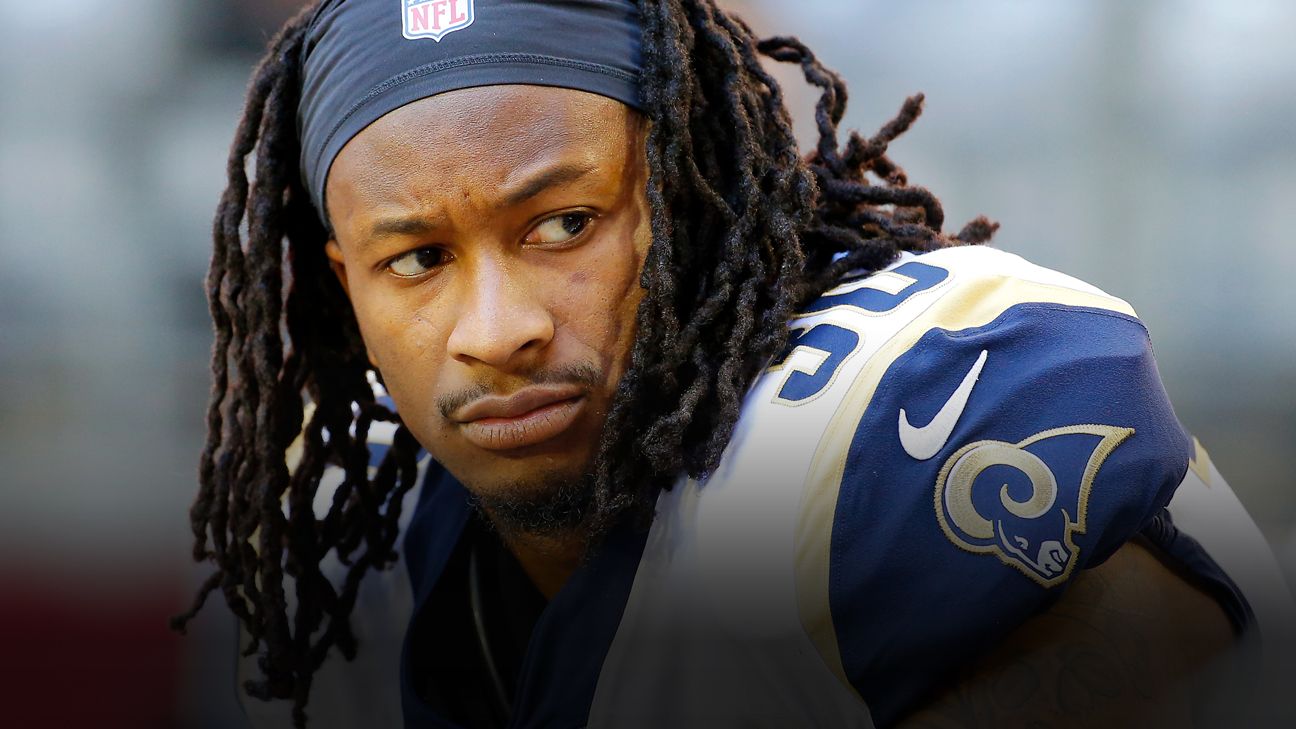 New Atlanta Falcons running back Todd Gurley is looking forward to a new start while not dwelling on being underutilized before being released by the Los Angeles Rams.

The three-time Pro Bowler appeared on former teammate Chris Long’s Green Light podcast this week and was asked about his lack of touches the last few seasons. Gurley, who has dealt with a left knee issue, had 254 touches in 15 games in 2019, his lowest total since his 250 touches in 13 games during his rookie season. Gurley had a career-high 343 touches in 15 games during the 2017 season, when he was the NFL’s Offensive Player of the Year with 19 touchdowns and 2,093 yards from scrimmage.

Gurley’s decline in touches came to light during Super Bowl XLIII, when the highest-paid running back in NFL history was limited to 11 touches and 34 total yards in a 13-3 loss to New England.

“I try not to press the issue about nothing, so that’s just kind of, just sit back and do my job,” Gurley told Long about the decline in touches. “Like it’s not my job to tell who to give me the ball, so if it happens it happens. I’m not going to b—- about anything. I’m just going to keep quiet and do my part. But when I get the ball you know I’m going to do good with it for the most part, especially when stuff is going good. But I don’t know what happened, man. All I know is I’m with the Falcons now.”

Gurley seemed unfazed about his release from the Rams, mainly because he was able to catch on with Falcons almost instantly. He mentioned Falcons star receiver Julio Jones coming to his house to check on him, and Gurley expressed to Jones his desire to get back to the “A” after starring in college at the University of Georgia.

Long pressed Gurley on why he took the release so well with Gurley joking on social media about getting fired on his day off.

“I didn’t see it coming, but obviously I’ve seen the process over the years, so I understand the business and I understand how it goes,” Gurley said. “But I’m also the same type of person like when someone else is getting cut, I’m joking on them. So I can’t get mad if somebody jokes on me. I joke on myself all the time. If you knew me, you know that’s me. And it’s all jokes. It’s some truth to every little joke.

“But I’m still just having fun with it. And that’s the only thing I can do. Stuck in the house all day. I know people are drinking and having fun, so I’m going to have fun with y’all.”

The Falcons and Gurley agreed to a one-year deal with a salary of $6 million. The Rams still owe Gurley $7.5 million. And there’s an offset which subtracts $2.5 million from the total, meaning Gurley is scheduled to earn $11 million and remain among the highest-paid running backs.

In regards to that check coming from the Rams, Gurley said, “I’ve been checking my direct deposit, too. … Hey, if the new logo can get up, I can get my money.”

Gurley, 25, has a chance to be a part of a Falcons offense that could make history by fielding 11 former first-round draft picks at the same time.