Haas has confirmed Pietro Fittipaldi and Louis Deletraz will serve as its official test and reserve drivers through the 2020 Formula 1 season.

Fittipaldi and Deletraz both made their F1 test debuts with Haas at the end of 2018, and were affiliated to the team last year in support of race drivers Romain Grosjean and Kevin Magnussen.

Fittipaldi served as Haas’s test driver through 2019, while Deletraz was the team’s official simulator driver.

Both will now share duties as the team’s test and reserve drivers in 2020.

“Naturally, we had intended to make this announcement over the course of the Australian Grand Prix to start the season, but events both there and globally took priority with the on-going COVID-19 outbreak,” said Haas F1 chief Gunther Steiner.

“Pietro and Louis have both proven themselves to us over the past 12 months and we’re delighted to confirm them both as official test and reserve drivers for Haas F1 Team.

“Their work in the simulator was undoubtedly of value as we faced our challenges last season and we’re excited to continue to present them with further opportunities to expand their relationship with the team in 2020 when we can return to work.

“I look forward to them adding significant input into our own race program supporting Romain and Kevin and the whole engineering team with the Haas VF-20.” 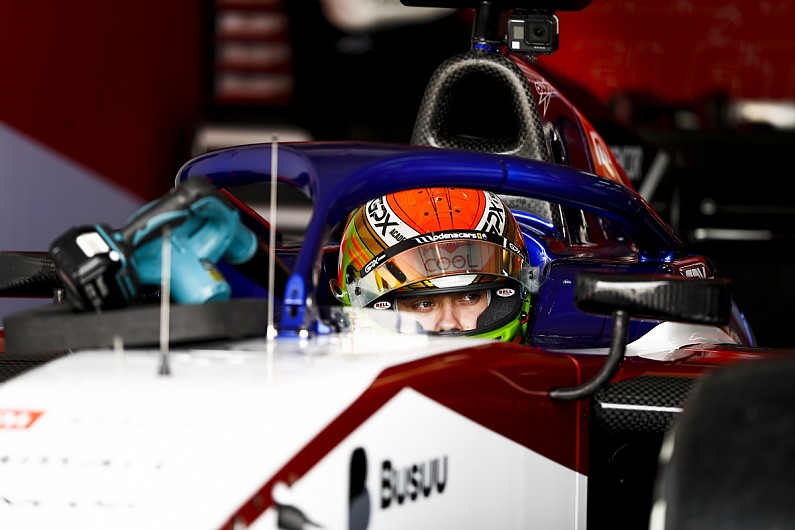 Fittipaldi is currently without a race programme for 2020 after being replaced in Super Formula by Red Bull junior Sergio Sette Camara, but is relishing the chance to continue working with Haas in F1.

“You never stop learning in F1 whether you’re spending hours in the simulator or physically behind the wheel of the actual car, something I’ve done a lot of with Haas, recording over 2000 kilometres in testing,” said Fittipaldi.

“It’s a thrill to be able to do both and have the association with this team and all it’s accomplished in such a short span of time in our sport.”

Deletraz is set to balance his Haas duties with a race drive in Formula 2 this year, where he has signed for Charouz Racing System.

“To be an official test and reserve driver in Formula One is another step along the way to reaching my ultimate goal of competing in Formula 1,” said Deletraz.

“I made my debut in a Formula 1 car with Haas F1 Team and I’m naturally thrilled that we have developed that opportunity, as well as my simulator work last season, into an official role as a test and reserve driver.

“The bonus for me is that with Formula 2 on the support bill at a variety of Grand Prix events, I know they will get to see me race and I can spend more time embedding myself with the team when the timetable allows.”

Both Fittipaldi and Deletraz are due to take part in the next F1 Esports Virtual Grand Prix event, scheduled for April 5.