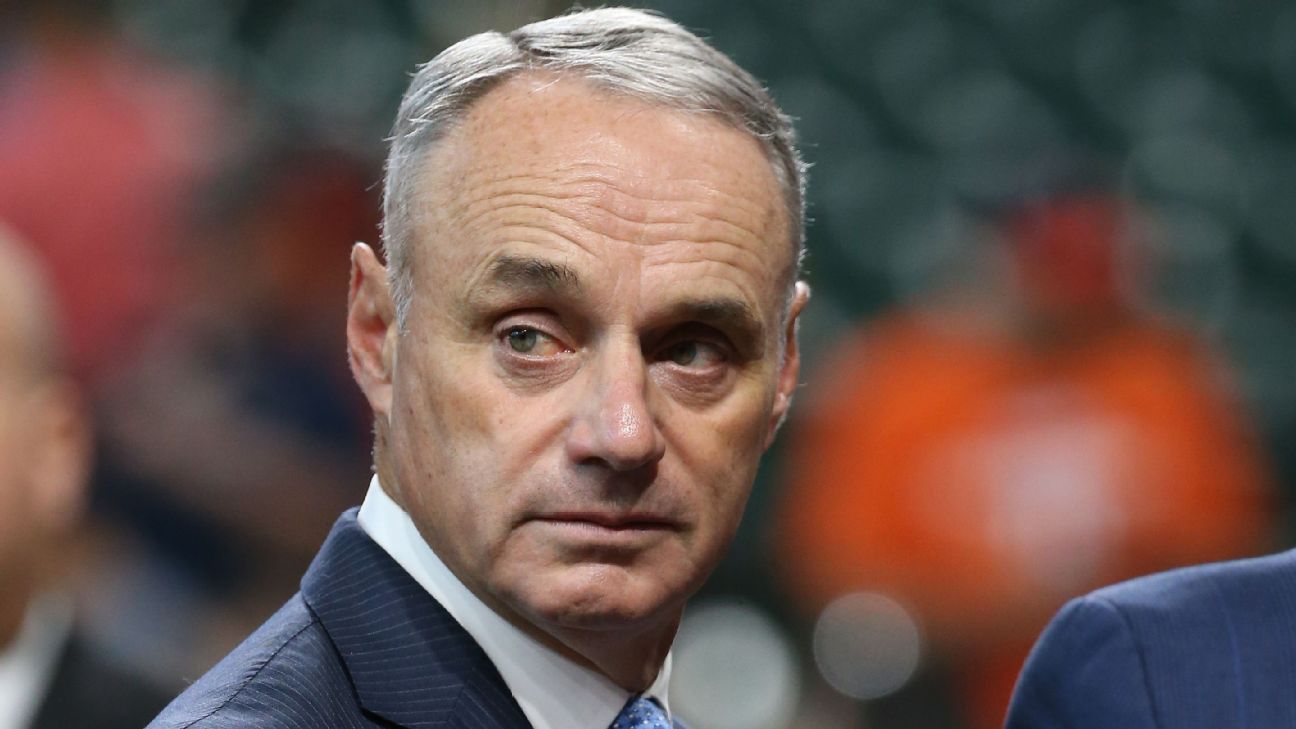 Vowing that “baseball will be back” and “will be part of the recovery,” Major League Baseball commissioner Rob Manfred said in an interview Wednesday with ESPN’S Scott Van Pelt on SportsCenter that “nothing’s off the table” as the sport outlines its plan to return from a coronavirus-related postponement.

Manfred, speaking from Florida on the eve of what would have been Opening Day, said he’s hopeful the sport can begin preparing for a season at some point in May but that the league will work with infectious-disease experts before determining its exact return.

“Look, my optimistic outlook is that at some point in May, we’ll be gearing back up,” he added. “We’ll have to make a determination, depending what the precise date is, as to how much of a preparation period we need, whether that preparation period is gonna be done in the clubs’ home cities or back in Florida and Arizona. Again, I think the goal would be to get as many regular-season games as possible, and think creatively about how we can accomplish that goal.”

For nearly two weeks, as MLB and the MLB Players Association have exchanged proposals over salary and service-time issues, the parties have also discussed the proper way to return — the time, place and fashion. Manfred told Van Pelt “we’re probably not gonna be able to do” a 162-game season — “I think that’s clear,” he said. What MLB can do, Manfred said, is “experiment” and “make sure we provide as many games as possible and as entertaining a product as possible.”

Baseball stands to lose billions of dollars in revenue should it miss a significant amount of the season, prompting the teams and players to unite in a desire to return as soon as safely possible.

“Nothing’s off the table for us right now,” Manfred said. “I think we are open, and we’ve had some really positive conversations with our players’ association about relaxing some of the rules that govern our schedule. They’re very focused on returning to play and playing as many games as possible. And when you have that kind of positive dialogue, it creates an opportunity to do things that are a little different. You’re not committed to them over the long term, because this year is a unique circumstance. But there’s a lot of ideas out there, and we really are open to all of them.”

The ideas, Manfred said, include an increase in doubleheaders — and he did not rule out the seven-inning variety, though players could object because it would further cut into their statistical output.

“I have said publicly before that there’s some numbers in baseball you can’t change. Nine innings is one of them,” Manfred said. “When I said that, I wasn’t thinking about this particular crisis. So I’m sure it’s something that will get some discussion.”

Other possibilities, sources said, include a neutral-site World Series — to allow the regular season to stretch into October and the championship series to be held in a warm-weather city — and an expanded playoff system.

Manfred’s juggling of a deal with the players, a proposal to pay minor league players and securing a pledge from owners not to make cost-cutting moves until May has kept him from a much-anticipated ruling on the allegations that the Boston Red Sox illegally stole signs during their championship-winning 2018 season.

“We are done with the investigation,” Manfred said. “There’s been a delay in terms of producing a written report, just because I, frankly, have not had time to turn to it with the other issues. But we will get a Boston report out before we resume play.”

Resuming, and resuming at the proper time, in the proper place, in front of the proper number of fans — which might be zero — is among the most difficult tasks to project. But Manfred sees baseball as having a greater impact, which makes simply playing games of great import to the league and players.

“I think it will mark a real milestone in the return to normalcy,” Manfred said. “I think you saw it after 9/11, in terms of the resumption of play. I was there in Shea Stadium that night we began playing. It was one of the most memorable games I’ve ever attended. It’s an honor for our sport to be regarded in a way that we have been part of our country coming back from some horrific events, and we hope that we can play a similar role with respect to this one.”