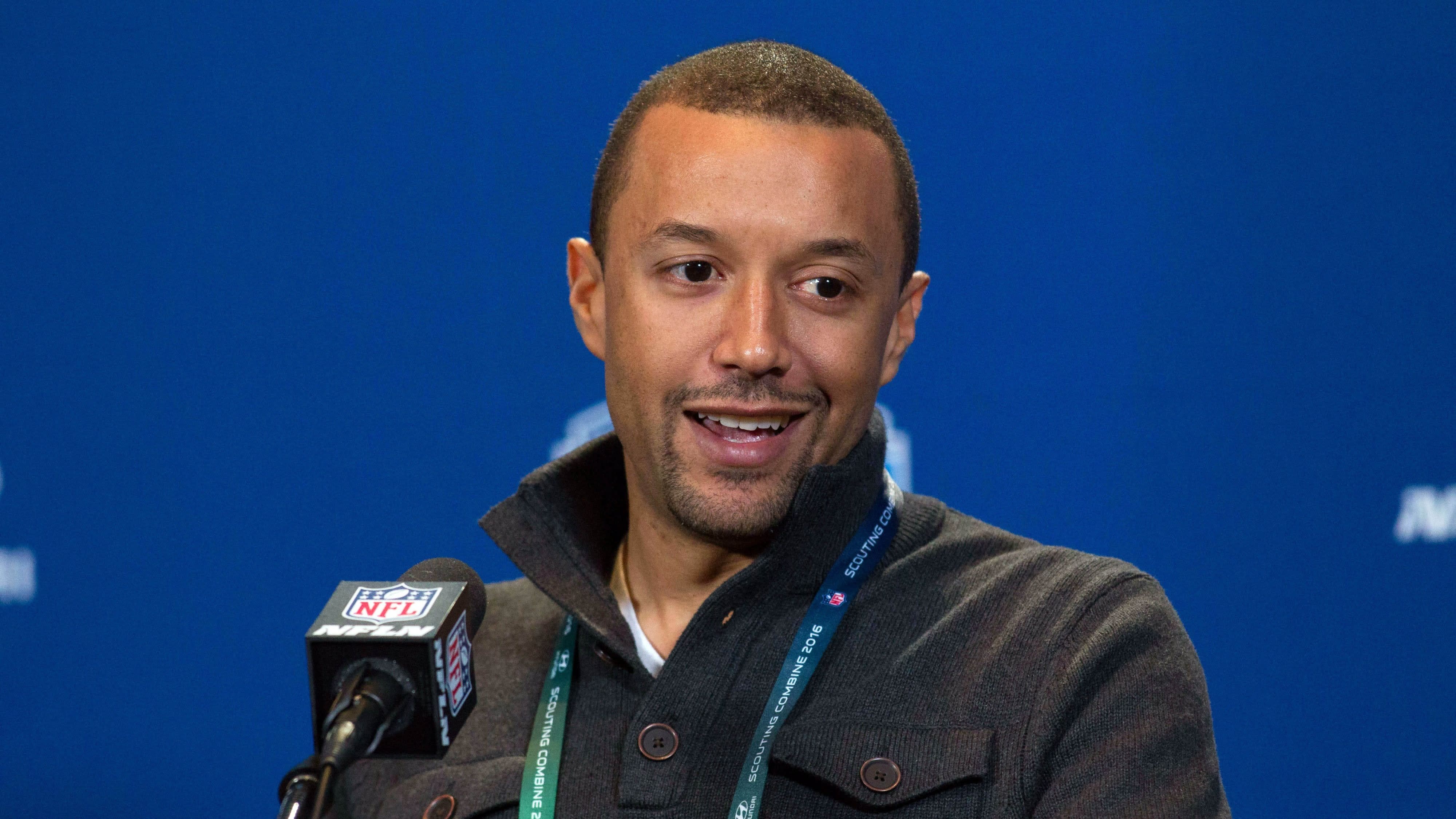 WASHINGTON — The Wizards’ practice facility in Congress Heights had been open for less than a calendar year when it was time to remodel once again. The team revamped their front office last summer and in came new people and new ideas. Changes were made to the front office both in terms of personnel and the actual office space itself.

Walls were knocked down to establish more of an open plan office, not unlike what Google re-popularized in the mid-2000s.

“We wanted to create some more open space,” Wizards chief planning and operations officer Sashi Brown told NBC Sports Washington. ”We’re also getting ready to reveal a full design of the place that is more on the asthetic side.”

Brown, who was hired in July, is always looking ahead. It is his job to install what he describes as “longer lead time items” for the Wizards, Mystics, Capital City Go-Go and Wizards District Gaming. They are all separate franchises in separate leagues, but under the same umbrella now known as Monumental Basketball.

Brown has his fingerprints on all four teams, but his impact may not yet be noticed by those on the outside. That’s because a lot of what he does and plans to do takes time.

And because of that, even describing his role can seem vague and nebulous. When it comes to the Wizards in particular, the bottom-line is that general manager Tommy Sheppard makes the basketball decisions while Brown and his staff do whatever they can to help make those decisions better reasoned and informed.

“I provide Tommy and [head coach Scott Brooks] and [assistant GM] Brett Greenberg and the rest of that staff as much support as we can through a player development and engagement function. Also, team operation as well and then certainly on the research and strategy side. They really could operate on their own if they absolutely needed to. We’re here to supplement and enhance,” Brown said.

The area Brown believes has changed the most so far in his seven months on the job is the overall approach to team medical, training and nutrition programs. It is now a streamlined, singular program that operates in concert with all of their basketball teams.

Dr. Daniel Medina, who was hired in July as Monumental Basketball’s chief of athlete care and performance, has overseen that transition. According to Brown, there are no longer “separate staffs, separate physical therapists, separate athletic trainers for each team that operate independently.”

Brown also helped recently when the WNBA was negotiating a new collective bargaining agreement. As the Washington Post reported last month, Brown, a Harvard Law School grad, played a role in getting WNBA players who also serve as assistant coaches in the NBA – like Kristi Toliver of the Wizards – better compensation.

Much of what Brown will do to lift Monumental Basketball’s teams is still in the works, he says. The Wizards, for instance, have made strides with analytics including with the hiring of assistant coach Dean Oliver. But more can be done both for them and the other franchises. Brown said there are plans to build out a more robust analytics operation for the defending-champion Mystics.

“Having data be part of the information that we consider when we are making these really important decisions and complex decisions, is I think a wise practice and something we fully embrace from Ted Leonsis and his partnership group all the way on down,” Brown said.

Brown is pleased with the success and progress made so far during his tenure with Monumental Basketball. The Mystics won their NBA title soon after he took the job. And the Wizards, though with more losses than wins this season, have put together a notable nucleus of young players.

Last weekend, they had two representatives in the Rising Stars game – Rui Hachimura and Moe Wagner – for the first time since 1995. Only John Wall and Bradley Beal had made the showcase as Wizards in the previous 15 years. Brown also mentioned Davis Bertans and Ish Smith as success stories, as veterans who have taken their game up a level since coming to Washington.

But much of the heavy-lifting remains for the Wizards and part of Brown’s job duties as chief planning and operations officer include staying ahead of the curve. Next month, he will head to Boston, MA for the Sloan Analytics Conference, an annual convention focused on the role of statistics in sports. He is set to speak on a panel, but will also be soaking up as much information as he can from others.

“The primary initiative is to learn and listen,” he said. “I look forward to going up there and seeing how we can improve and get better.”

The Wizards have not won 50 games or reached the conference finals since the 1970s. Getting them there will take time and it will require many steps. Brown is hoping the foundation he and his staff continue to put in place will help them reach those goals.

Click here to download the MyTeams App by NBC Sports. Receive comprehensive coverage of your teams and stream Capitals and Wizards games easily from your device.