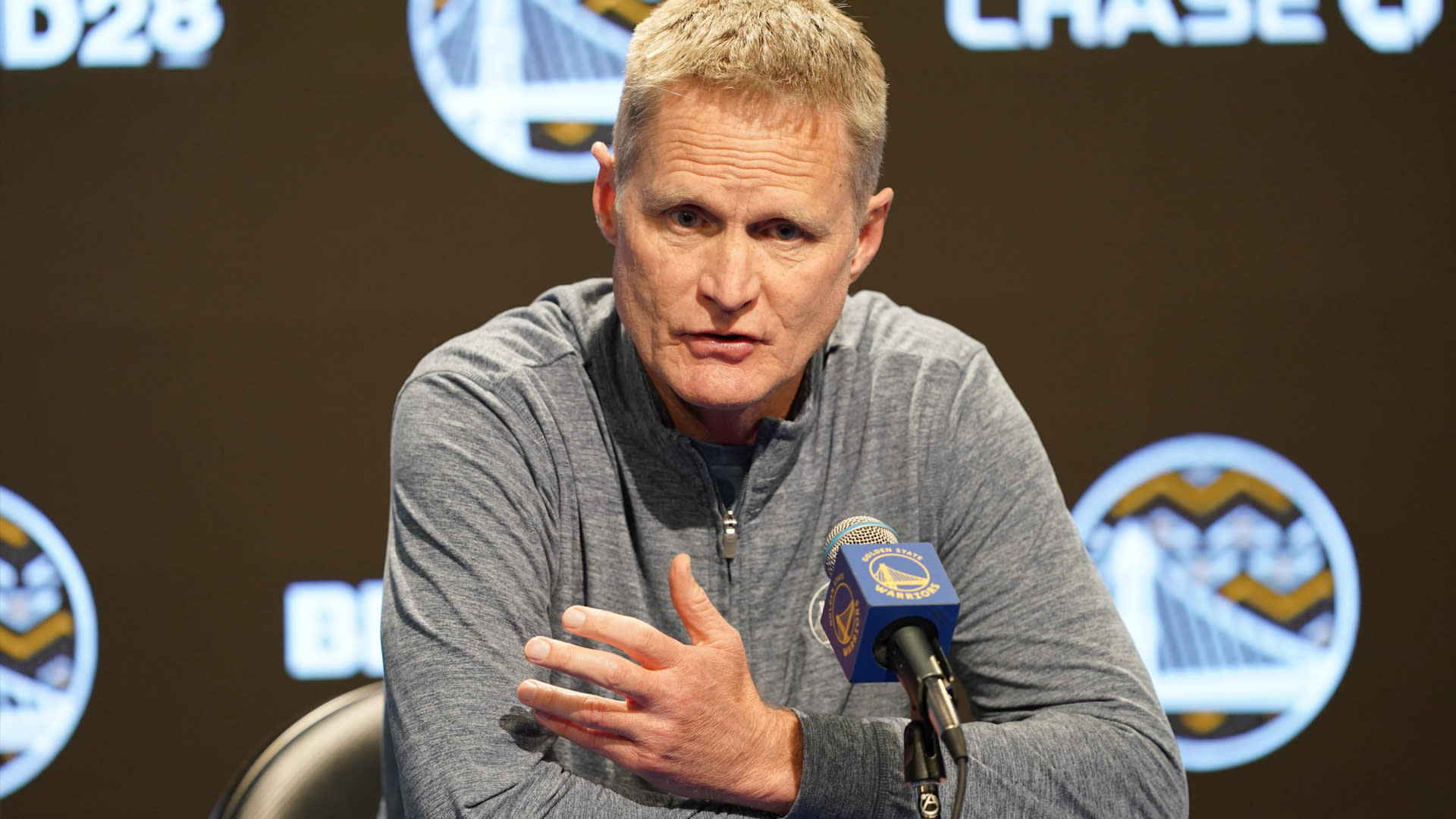 SAN FRANCISCO — Just before the Warriors departed for the All-Star break, coach Steve Kerr outlined in detail what he wanted to see from his team during Golden State’s final 27 games of the season.

“I want to see an awareness of the mistakes that we’re making and the wherewithal to correct them,” Kerr said before the break. “We’ve got to stop fouling jump shooters, we’ve got to stop turning the ball over.”

The season’s final months offer the Warriors a genuine chance to improve. Armed with Steph Curry‘s inevitable return and the growth of their rookies, the goal seemed within reach heading into the break.

Eight days later, Kerr’s urging fell on deaf ears against the Houston Rockets. The Warriors habitually fouled and threw the ball away, culminating in a 135-105 loss Thursday night.

“Yeah, they took it to us,” Kerr admitted after the loss Thursday. “They were great tonight from the beginning.”

Russell Westbrook stole Draymond Green‘s errant pass to Marquese Chriss 90 seconds into the game, leading to a Houston 3-pointer. Rookie Jordan Poole lazily threw a pass intended for Damion Lee out of bounds fewer than two minutes later. Fellow rookie Eric Paschall dribbled the ball off his foot and out of bounds seven minutes after that with the Warriors down 24 points.

By the end of the night, the Warriors turned the ball over 21 times.

When the Warriors weren’t physically giving the ball to the Rockets, they were providing free points to Houston. Worse, they fouled James Harden — the Rockets’ best scorer — an inordinate amount behind the 3-point line.

One notable mishap occurred midway through the third quarter when Damion Lee stepped into Harden’s landing area as he contested the All-Star’s attempt. He was called for a foul, and Harden hit all three free throws to give the Rockets a 24-point lead.

The Warriors held Harden to just one free throw in a blowout win on Christmas Day. He made 14-of-15 from the stripe Thursday.

“The other game was more of an exception,” Kerr said. “This was more of the rule. He’s usually going to get to the line. You try to keep him under double figures and I think we fouled him three three-point shots. That’s nine free throws right there. We were undisciplined.”

The Warriors’ latest loss comes at a unique time in their season. Curry’s status is expected to be updated in less than a week, allowing him a late-season return for a lottery-bound team.

Kerr expected the Warriors to fight in the interim, but their response was lacking Thursday.

“I thought we looked young tonight,” Kerr said. “We looked inexperienced and made a lot of mistakes at both ends, but I thought Houston had a lot to do with that. They were terrific.”