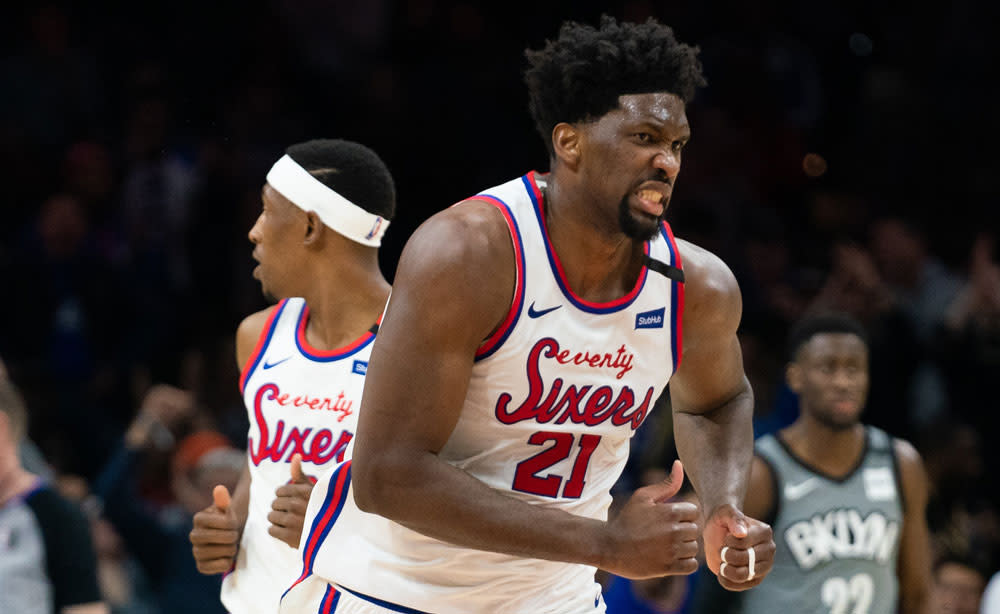 Thursday night’s Sixers win in South Philadelphia had all the highs and lows of their season to date.

Brett Brown’s boys came out with guns blazing, torching the Nets out of the gate and looking like the world beaters we know they can be. Then Al Horford took the court and the Sixers flipped the switch in the wrong direction — whatever you do, don’t look at the stats in this tweet. The Nets’ 40-8 run in the first half was truly astounding. How does a championship contender allow that to happen?

This 76ers team is nothing if not inconsistent.

There’s plenty to still worry about with this team. But Thursday night showed that Joel Embiid can absolutely dominate and takeover a game, carrying the rest of his teammates to victory. Coach Brown has talked about Embiid’s ability to bully this team to victory, but it’s still a pleasure to watch when it actually happens.

Embiid has been talking about having fun and we all know the cure for that problem: winning.

Which got me thinking. Is there a player in any sport in Philadelphia whose mood dictates the mood of the entire city more than Joel Embiid’s?

When Embiid blocked Wilson Chandler as the clock expired in regulation to send the game to overtime, you could feel the electric energy in the entire arena. And fans at home on their couches across the Philly area felt it too.

It felt good to see Embiid having fun, team on his back and all.

But it’s the Euro step that really got the fans out of their seats. It was beautiful.

The lowkey best part about it may have been after Embiid made the bucket and was heading back on defense and he showed off the footwork again. Big dude’s just having fun out there.

You love to see it.