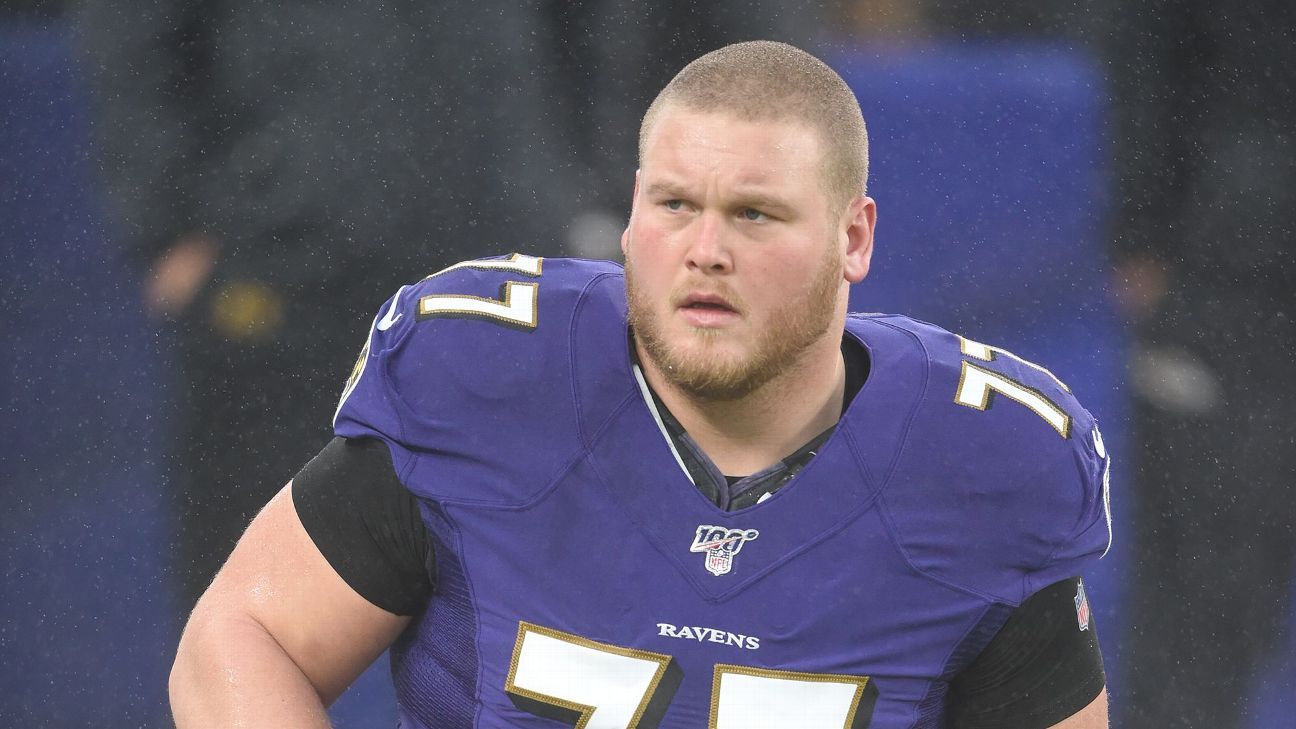 In his first year as the Baltimore Ravens starting left guard, Bradley Bozeman held his own against the likes of Chris Jones and Cameron Heyward.

But his most memorable feat: Taking down a 72-ounce steak.

Bozeman, 25, stumbled upon The Big Texan restaurant in Amarillo, Texas, while traveling cross country with his wife Nikki to speak to students about his anti-bullying campaign.

According to the restaurant, 110,000 people have attempted the challenge, which comes with a one-hour time limit. Bozeman became the 9,828th person to finish it (less than 9%) and received a T-shirt that read: “I ate it all.”

Congrats to the Baltimore Ravens center, @bsboze!! The 72oz. STEAK EATING CHAMP of the NFL!🏈🥩 pic.twitter.com/ExBKqlWITe

The restaurant seated Bozeman on a stage that’s elevated 3 feet off the ground and in a chair that backed up to the grill. The steak was then placed in front of him.

“The portion that came out in front of you was a slab of meat,” Bozeman said. “It was a really good tasting steak. I was surprised, to be honest.”

Bozeman believes the key for him was switching from steak sauce — the restaurant provided it in a soup bowl — to honey midway through. But, when it was announced that he had 2 ounces remaining, Bozeman thought he wouldn’t make it.

Bozeman told his wife to shut off the video camera because he felt like he was going to vomit.

“He turned into a ghost,” Nikki said.

Bozeman not only finished but he even had a couple bites of carrot cake afterward.

If Bozeman had lost, he would’ve had to pay $72 for the meal, per restaurant rules. Instead, he got a T-shirt and a free dinner.

“That was the toughest food thing I’ve ever done in my life,” Bozeman said.

Later that night, Bozeman laid on his bed and rubbed his stomach for an hour to let all of that food digest.

“It was making every noise I’ve ever heard and plus some,” Bozeman said.

A 2018 sixth-round pick out of Alabama, Bozeman won the starting job during training camp and the summer. He was part of an offensive line that helped set the NFL record for most rushing yards in a single season.

About a month later, Bozeman set a personal mark by proving his bite is just as good as his blocks.

“It was fun,” Bozeman said of the steak challenge, “But I would never do it again.”