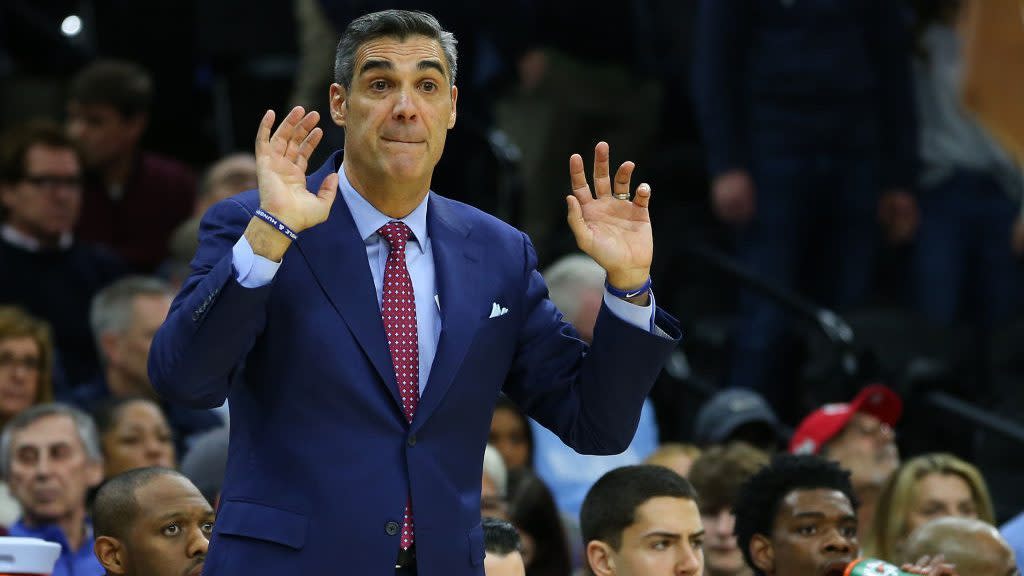 A report of the Knicks being interested in Jay Wright and Wright emphasizing his happiness at Villanova.

Let’s do it again.

League sources say Villanova coach Jay Wright could become the next head coach of the Knicks.

“There is a strong possibility that Jay Wright in New York could happen,” one league source said.

Dana O’Neil of The Athletic:

Let’s quash this stuff before it gets started: source told me Jay Wright is not going anywhere. Not to the Knicks. Not to the Sixers. Not to Oz. His house is for sale. He’s not.

Despite the Knicks’ denial, Steve Stoute let the cat out off the bag: The Knicks aren’t keeping interim coach Mike Miller. Perhaps, Miller can rally late in the season and change their minds. But it seems unlikely.

So, we’re in a limbo period where many candidates will emerge. Getting reported as a possibility is a great way for a coach to get publicity and maybe even gain leverage in contract negotiations at a current job. It can be difficult to tell which rumors are real.

But when a credible reporter like O’Neil states something with such certainty and attributes it to only a single source, that carries major weight.