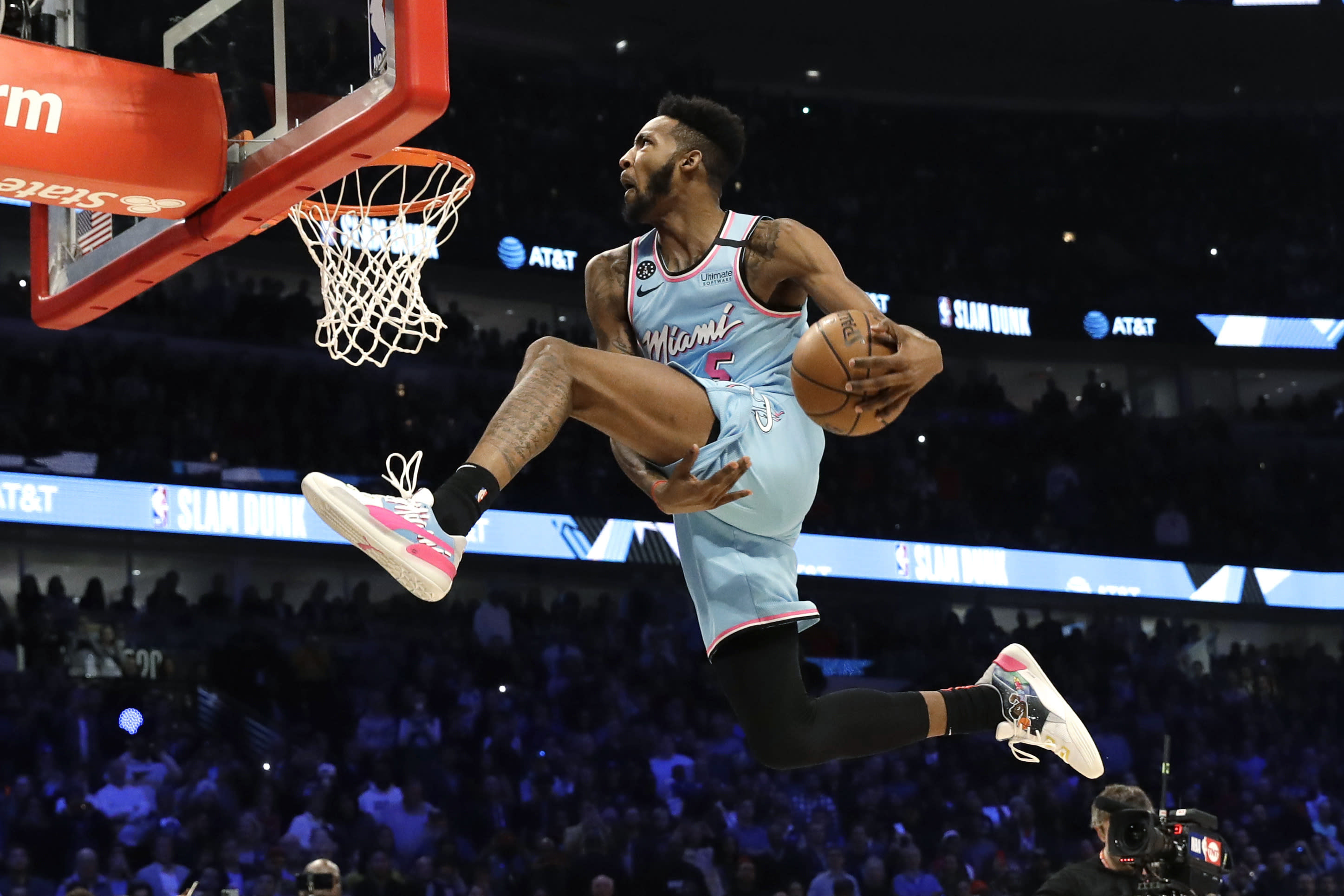 Now he has a new sneaker deal.

Jones, who wore a pair of pink and blue Miami Heat-themed Pumas during the contest, has signed a multiyear endorsement deal with the sneaker company, ESPN’s Nick DePaula reports.

Jones didn’t have a deal with Puma prior to the contest, but wore the sneakers as the two sides were in negotiations heading into All-Star weekend. His victory appeared to seal the deal.

Puma offered him the endorsement deal shortly after he walked off the United Center court with the trophy, according to the report.

Gordon, who lost the dunk contest amid controversy and apparent botched collusion among the judges, didn’t come away empty handed. The high-flying 2016 dunk contest runner up entered Saturday’s event with a new signature shoe deal of his own with China’s 361 Degrees, according to DePaula.

That probably doesn’t soothe the pain of his disputed second-place finish.