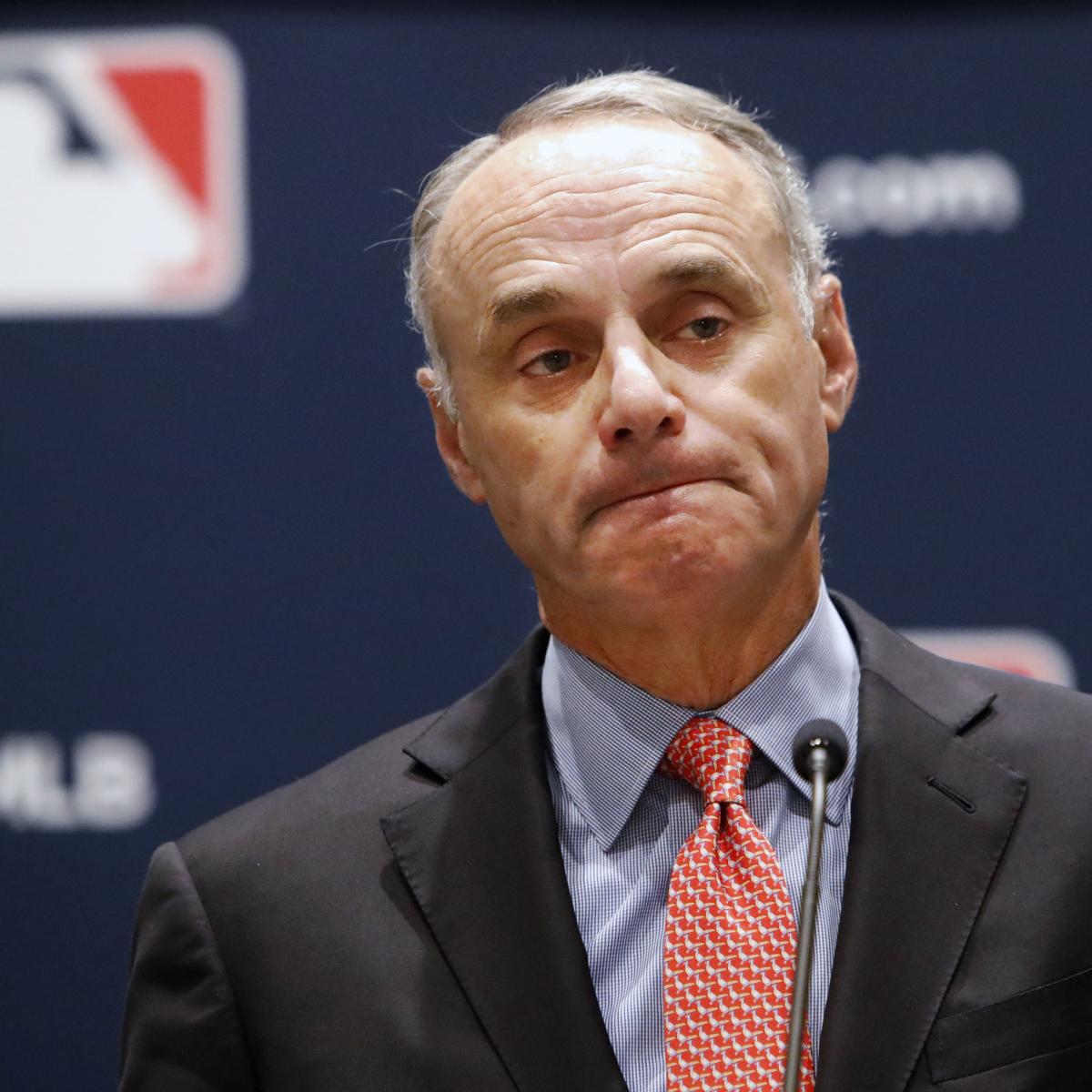 Major League Baseball Commissioner Rob Manfred met with the media Sunday to discuss a variety of topics related to the Houston Astros cheating scandal, the ongoing investigation into the Boston Red Sox and more.

Manfred noted the league office “spent a lot of time” discussing the possibility of stripping Houston’s 2017 World Series title but decided against it because of the lack of precedent and desire to let the public make its own determination based on the facts gathered from the investigation.

“The 2017 World Series will always be looked at different ” Rob Manfred says he considered stripping the Astros of the World Series, but ultimately decided against it https://t.co/ppGHxmofWY

While the commissioner didn’t specifically mention the types of restrictions that will be put in place, Sports Illustrated‘s Tom Verducci reported some of the ideas expected to be adopted and potential penalties for violating the rules:

“Major League Baseball is cracking down on high-tech sign stealing. It is banning all non-broadcast outfield cameras from foul pole to foul pole as well as tightening restrictions on in-house video, several sources familiar with the new rules told SI. Teams violating the protocols face penalties that include the loss of draft picks and international spending money.”

One topic that has come up recently involves potential retaliation from opposing teams in games against the Astros. Los Angeles Dodgers right-hander Ross Stripling told reporters Friday he would consider hitting Houston hitters with a pitch under the right circumstance.

“I would lean toward yes,” he said. “In the right time and in the right place. Maybe I give up two runs the inning before and I got some anger going. Who knows? But yeah, it would certainly be on my mind.”

Astros manager Dusty Baker has expressed concern over potential retaliation and urged MLB to step in early to prevent such actions.

Dusty Baker is concerned about “premeditated retaliation” against the Astros. He wants league to step in. https://t.co/GSFaHJhX9d

Manfred addressed the topic by noting he “made it extremely clear” to general managers and managers that retaliation won’t be tolerated: “It is dangerous and not helpful to the current situation.”

The Red Sox remain under investigation for potentially stealing signs during the 2018 season. Alex Cora, who was in his first year as the team’s manager, served as a bench coach for the Astros in 2017 and was cited in MLB’s investigation as one of the key figures in developing the cheating scheme.

Manfred said the Red Sox investigation has been slowed down by “a couple of developments” that required people to be reinterviewed, but he anticipates it will be completed by the end of next week.

Boston won a franchise-record 108 games and beat the Dodgers in the 2018 World Series.

Per USA Today‘s Bob Nightengale, the Red Sox are expecting to receive “no more than a light punishment, with little evidence of cheating.” It’s unclear if the new developments Manfred cited could change any potential discipline.

The Astros were fined $5 million and lost their first- and second-round draft picks in 2020 and 2021. Manager A.J. Hinch and general manager Jeff Luhnow received one-year suspensions from MLB before being fired by the organization.