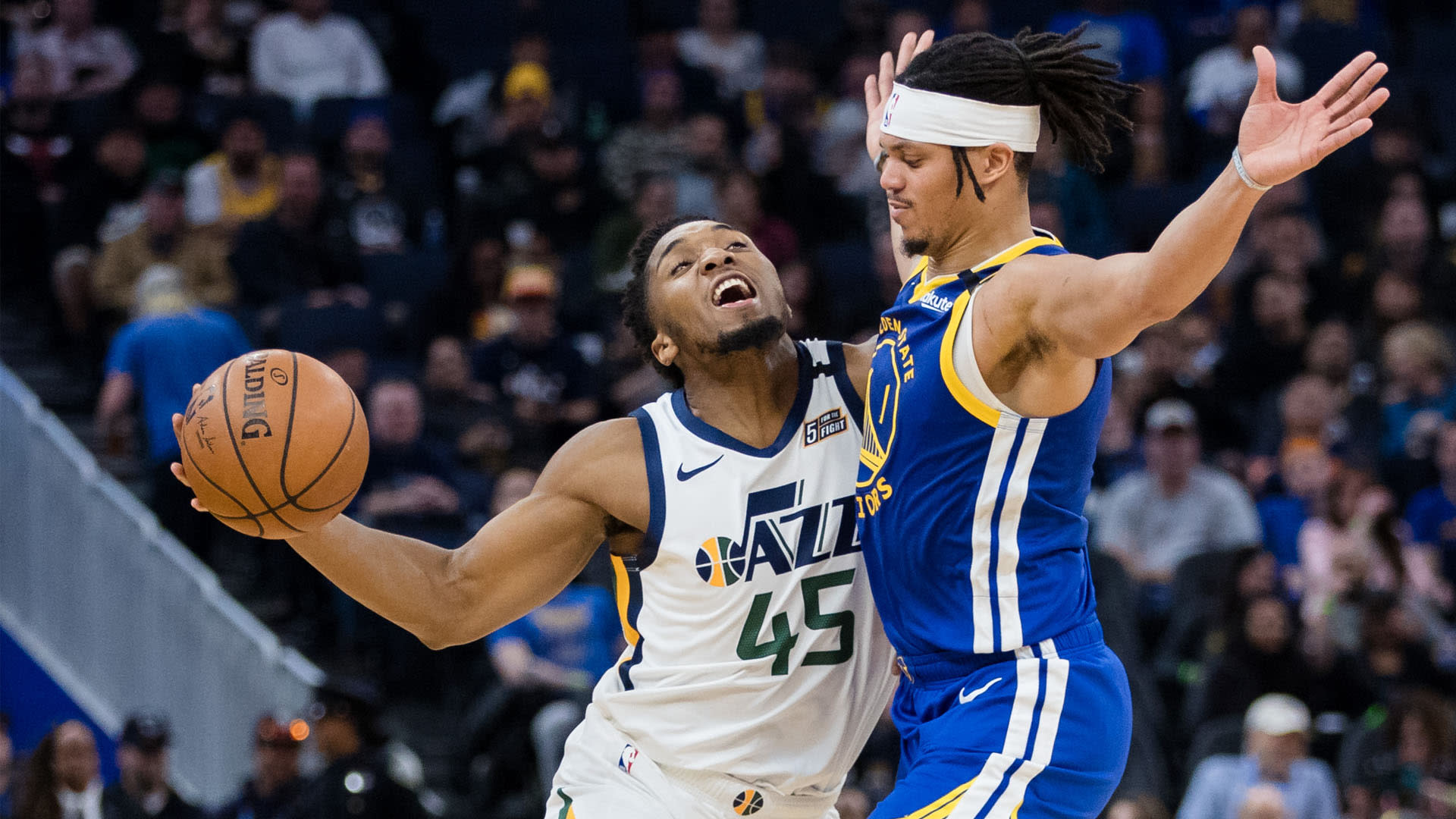 In 2015-16, the Warriors went 73-9 and Steph Curry became the first unanimous MVP in NBA history.

It’s safe to assume most Dubs fans didn’t pay too much attention to college hoops that year. So they might not know that Golden State guard Damion Lee and Utah Jazz star Donovan Mitchell were teammates at Louisville that season.

Lee — a redshirt senior — averaged a team-best 15.9 points per game, while Mitchell — a freshman — averaged 7.4 points off the bench.

After the Jazz beat the Warriors at Chase Center on Jan. 22, Mitchell gave an awesome quote about Lee to Marcus Thompson of The Athletic:

“He’s a motherfu–er for real. He’s a guy that wants to go out there and hoop and be the best for his team and I respect that about him for sure.”

He also broke the same bone in his right hand twice during his basketball journey.

But none of these injuries could derail him.