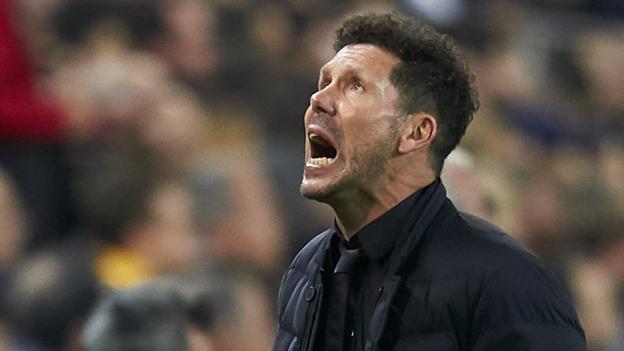 Out-of-form Atletico Madrid warmed up for their Champions League tie with Liverpool with a draw at Valencia.

Atleti, who threw away a lead twice, have won only once in their past seven games in all competitions.

Marcos Llorente put Atletico ahead from close range, but Gabriel Paulista headed an equaliser – his first goal since December 2015 for Arsenal.

Both sides had chances to win in a dramatic finale, with Alvaro Morata and Valencia’s Jose Gaya forcing good saves at each end.

Valencia move up to sixth, while Atletico remain fourth but could end the weekend outside the Champions League places.

Diego Simeone’s side host Liverpool in the last 16 first leg on Wednesday.