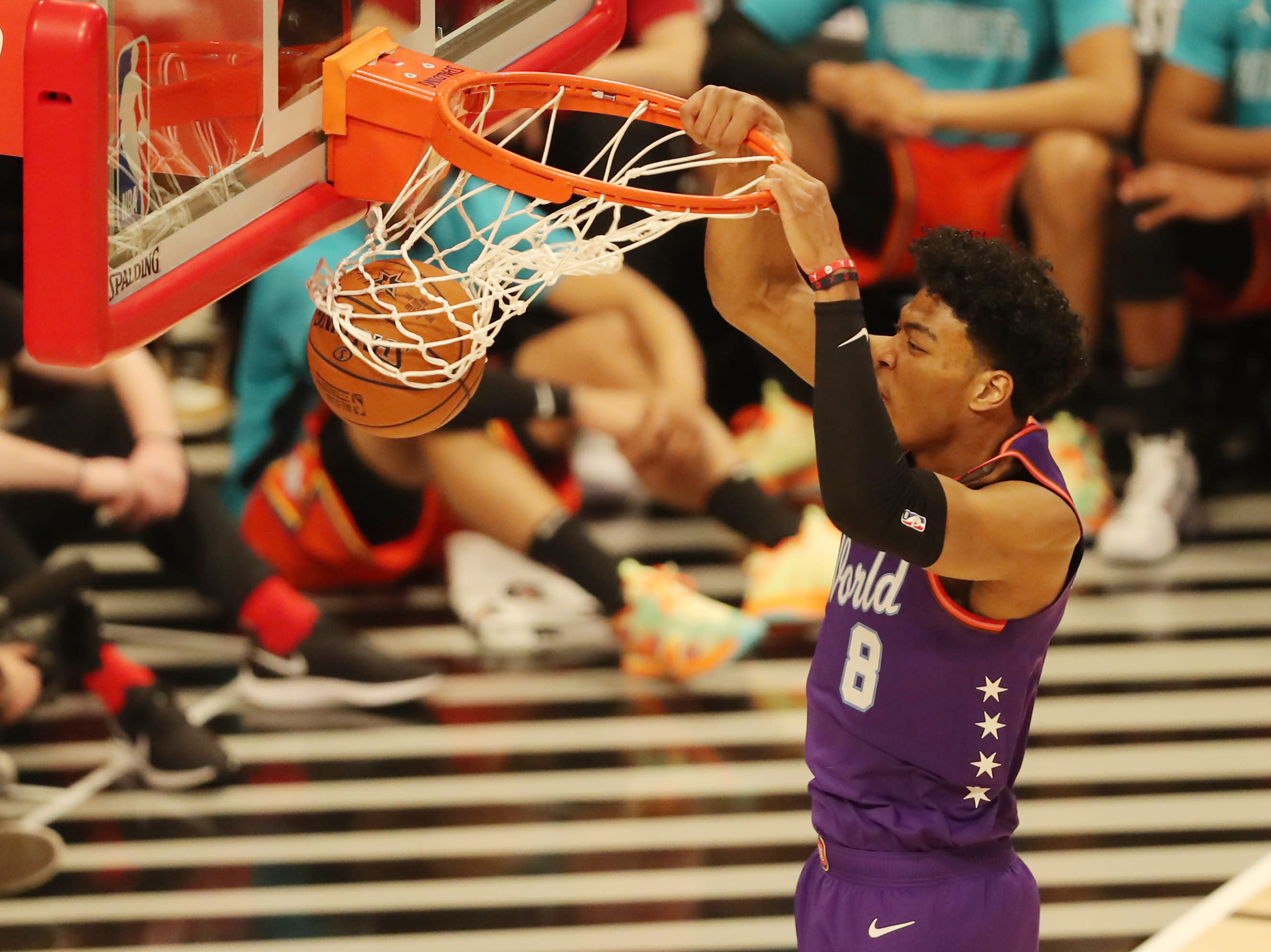 The 2020 NBA Rising Stars Game is now in the books.

There were plenty of high-flying slam dunks, while Team USA put on quite the offensive clinic in the second half against Team World.

For two of the World players it was a fun night to be back on the same team.

But let’s be honest, the duo was really reppin’ the Zags.

Hachimura started out the game with a bang. He had three dunks within the first two and a half minutes.

It was obvious that Dallas Mavericks guard Luka Doncic enjoyed playing with the Gonzaga duo. Doncic found both Hachimura and Clarke down low on multiple occasions.

Rui had plenty of fans in attendance as he made history. The cheers were heard throughout the broadcast whenever he made a big play at the United Center in Chicago.

It was the first time in All-Star history that a Japanese player played in the Rising Star Game.

And, he didn’t disappoint.

Hachimura finished the game with 14 points on 7-of-11 shooting to go along with seven rebounds and four assists.

Rui Hachimura finishes the first half of the Rising Stars game with 12 points on 6-9 shooting, 4 rebounds, 3 assists and too many dunks to count in just 12 minutes. pic.twitter.com/k2VKzNmoyH

Luckily for Hachimura, he was healthy enough to play.

After missing 23 games with a groin injury this season, Hachimura returned to action with the Washington Wizards last week.

The rookie forward started out averaging 13.9 points and 5.8 rebounds per game during his first 25 NBA games.

Hachimura was held out for the second half of December and all of January with the injury.

But now that he’s back, he hasn’t skipped a beat.

In the five games since returning, Hachimura has averaged 13.6 points and 6.8 rebounds per game, while shooting 51.9% from the field and 42.9% on 3-pointers.

As for the Memphis Grizzlies big man, Clarke has been a big key off the bench for the young Memphis squad.

Clarke was getting out and running in the Rising Stars Game and he was getting rewarded on the break. His teammates were finding him and he made sure to throw down plenty of his own jams.

He also had this nice putback dunk:

Clarke was the second leading scorer for Team World with 22 points. He also pulled down eight rebounds and dished out two assists.

This season, Clarke is averaging 12.3 points and 5.7 rebounds on a Memphis team that sits in the eighth spot out west with a 28-26 record.

And boy has Clarke been efficient. He is shooting 62.3 percent from the field.

The final two minutes of the Rising Stars Game turned into a dunk competition and Clarke was a big participant.

He made one of his two attempts.

Everyone in attendance at the United Center was looking for Pelicans rookie Zion Williamson to throw it down. And even though he didn’t make any of his three attempts in that last minute, he still put on a show as expected.

Even though Team World lost to Team USA, 151-131, there’s no doubt that Hachimura and Clarke enjoyed starting on the same team together once again.