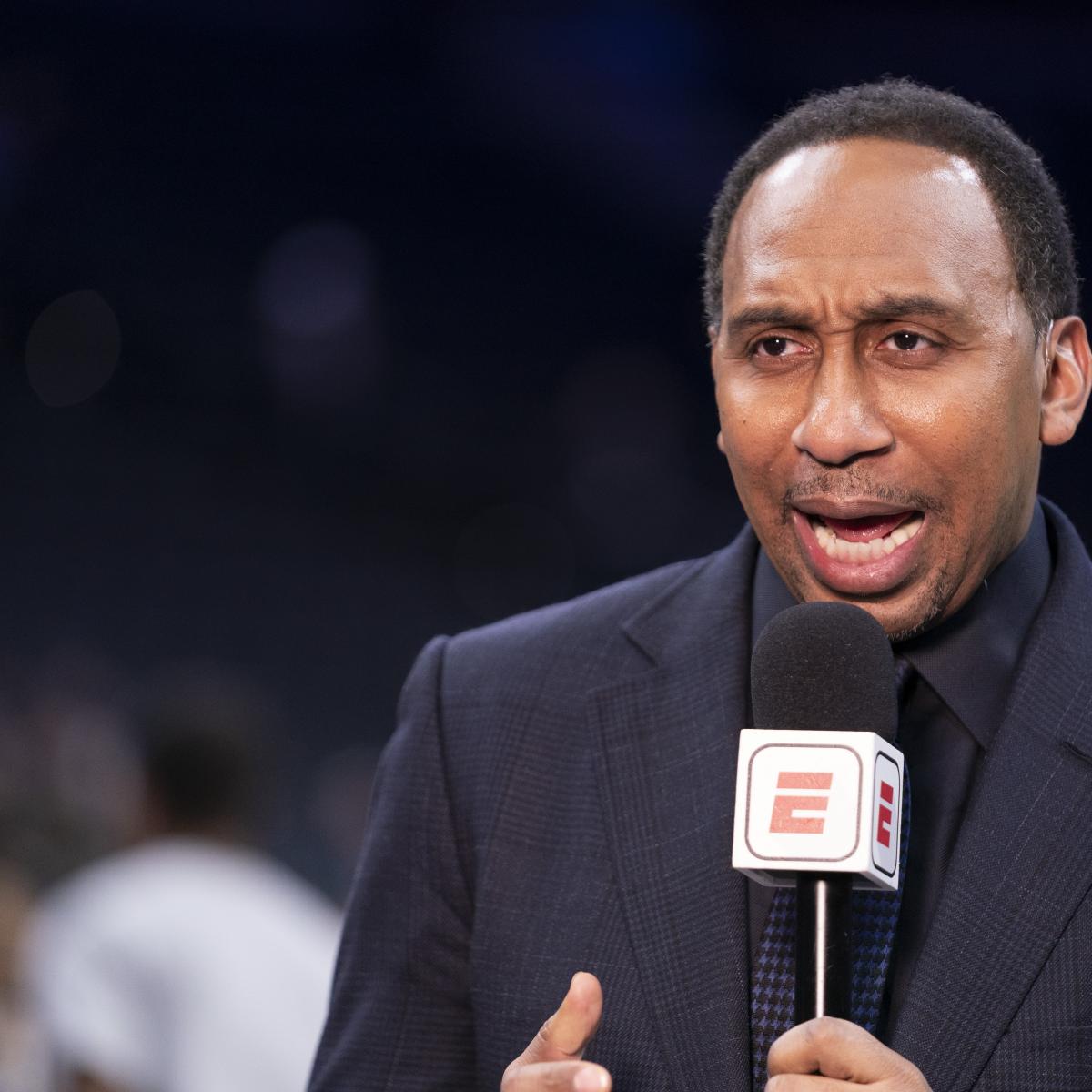 Stephen A. Smith has no trouble getting loud when he’s having a debate on an ESPN show. It’s a skill that could bode well for him Friday night, when he’ll be serving as a coach for this year’s NBA Celebrity All-Star Game.

Smith is coaching the Away team that will be captained by Chicago-born rapper Chance the Rapper. The Home team will also have representation from the Windy City, as it will be led by ESPN analyst Michael Wilbon (coach) and rapper Common (captain), both of whom are from Chicago.

Wilbon will be assisted by actor Jesse Williams, and Smith will have chef Guy Fieri on his bench.

Here’s more on this year’s NBA Celebrity All-Star Game, including the full rosters for both teams.

Where: United Center in Chicago

Team Stephen A. (Away)

The MVP award for the NBA Celebrity All-Star Game has been handed out annually since 2005, and only two people have received the honor more than once.

NFL legend Terrell Owens won MVP of the celebrity game in 2008 and 2009, while Kevin Hart won the award four straight times from 2012-15. However, the comedian shared the honor with former United States Secretary of Education Arne Duncan in 2014.

There’s a solid chance somebody will be joining Owens and Hart as multiple-time celebrity game MVPs on Friday night, with the past two winners of the award both participating.

Quavo (2018 MVP) and Famous Los (2019) will be on opposing teams. And whichever former MVP leads his team to victory would be an early favorite to again capture the award this year.

In 2018, Quavo, who is a member of the hip-hop group Migos, made his debut in the NBA Celebrity All-Star Game. How impressive was he? Well, he scored a game-high 19 points, which led to many on social media clamoring for the rapper to consider joining the NBA, per Billboard.

While that’s unlikely to happen, Quavo still proved he should be a force in the celebrity game for as long as he continues to participate.

Famous Los, a comedian known for making viral videos, debuted in the celebrity game last year in Charlotte, not far from his hometown of Durham, North Carolina.

While Quavo scored a game-high 27 points in last year’s event, Famous Los earned MVP honors by netting 22 points and leading his team to an 82-80 victory.

This year, Quavo is playing for Team Stephen A., while Los is on Team Wilbon. And don’t be surprised if they are again among the highest scorers in the game.

The MVP will likely go to one of the two, depending on whose team wins. And after Quavo’s team came up just short against Los’ squad last year, the rapper should be motivated to take back his crown.

That’s why Quavo will have another strong showing, lead his team to victory and become the third multiple-time recipient of the NBA Celebrity All-Star Game MVP honor.