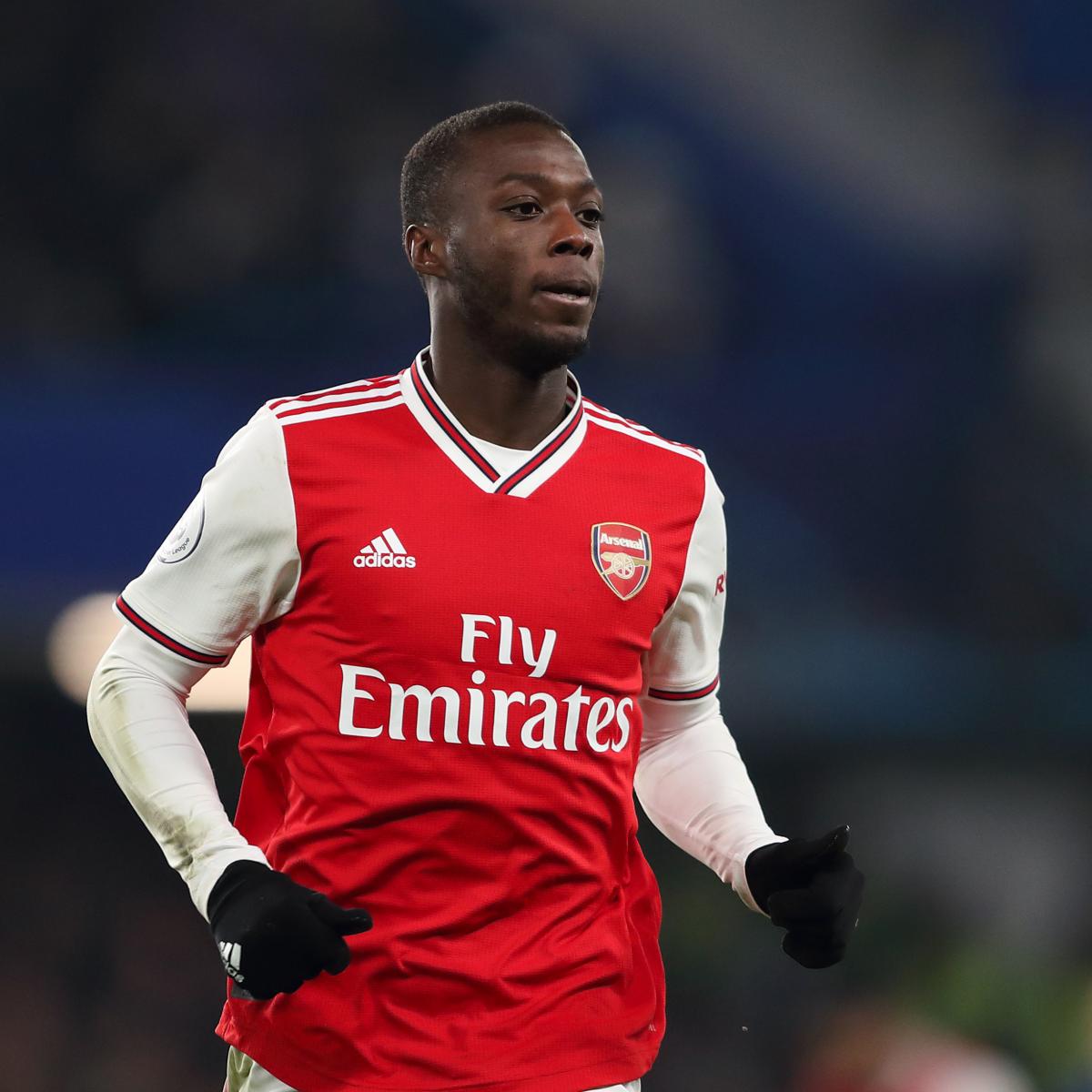 Arsenal manager Mikel Arteta has said Nicolas Pepe’s £72 million price tag has put the club’s record signing in a “difficult position” in his first season in the Premier League.

Pepe has struggled to justify the massive fee Arsenal spent to bring him to north London from Lille in August and has managed just three Premier League goals in 21 appearances in 2019-20.

Arteta told reporters the 24-year-old’s price tag has put pressure on the youngster but added that he has the quality to succeed at the Emirates Stadium:

“The price that we paid for him puts him in a difficult position straight away because he’s going to be compared to players of that calibre. He was in France and was one of the biggest stars in the league. He had an incredible year.

“Now he comes here and a lot of people didn’t even know him and you paid that price tag. So for him to put his brain into this picture and solve all this is not easy. And he’s a really young player. It’s not easy to adapt to this league but he’s putting in the effort and he’s willing to do it. And it will come out.”

Pepe was dropped for Arsenal’s last Premier League fixture against Burnley but will be hoping to return for their clash against Newcastle United on Sunday at the Emirates.

The youngster’s tough start to life at Arsenal does not appear to have affected his confidence:

Arteta added that he hopes Arsenal can see the best of Pepe “from now to the end of the season” but explained he “needs to earn” playing time with his performances on the pitch.

Arsenal’s performances have improved since Arteta replaced Unai Emery as manager, although the Spaniard has only managed one Premier League win and has seen his team draw their last four top-flight games.

A strong finish to the season is needed if the club are to have any chance of finishing in the top four, and Pepe faces stiff competition for a place in attack with Pierre-Emerick Aubameyang, Alexandre Lacazette, Gabriel Martinelli and Reiss Nelson in the squad.

The youngster has shown flashes of his quality this season with goals against Aston Villa, West Ham United and Manchester United in the league. He also came off the bench to nab a brace in a UEFA Europa League win over Vitoria Guimaraes.

Pepe also notched an impressive landmark in August when up against Virgil van Dijk and Liverpool:

50 – Nicolas Pepe has become the first player to successfully dribble past Virgil van Dijk in the Dutch defender’s last 50 appearances in the Premier League, since Mikel Merino in March 2018 for Newcastle. Beaten. https://t.co/B1oRZMciOB