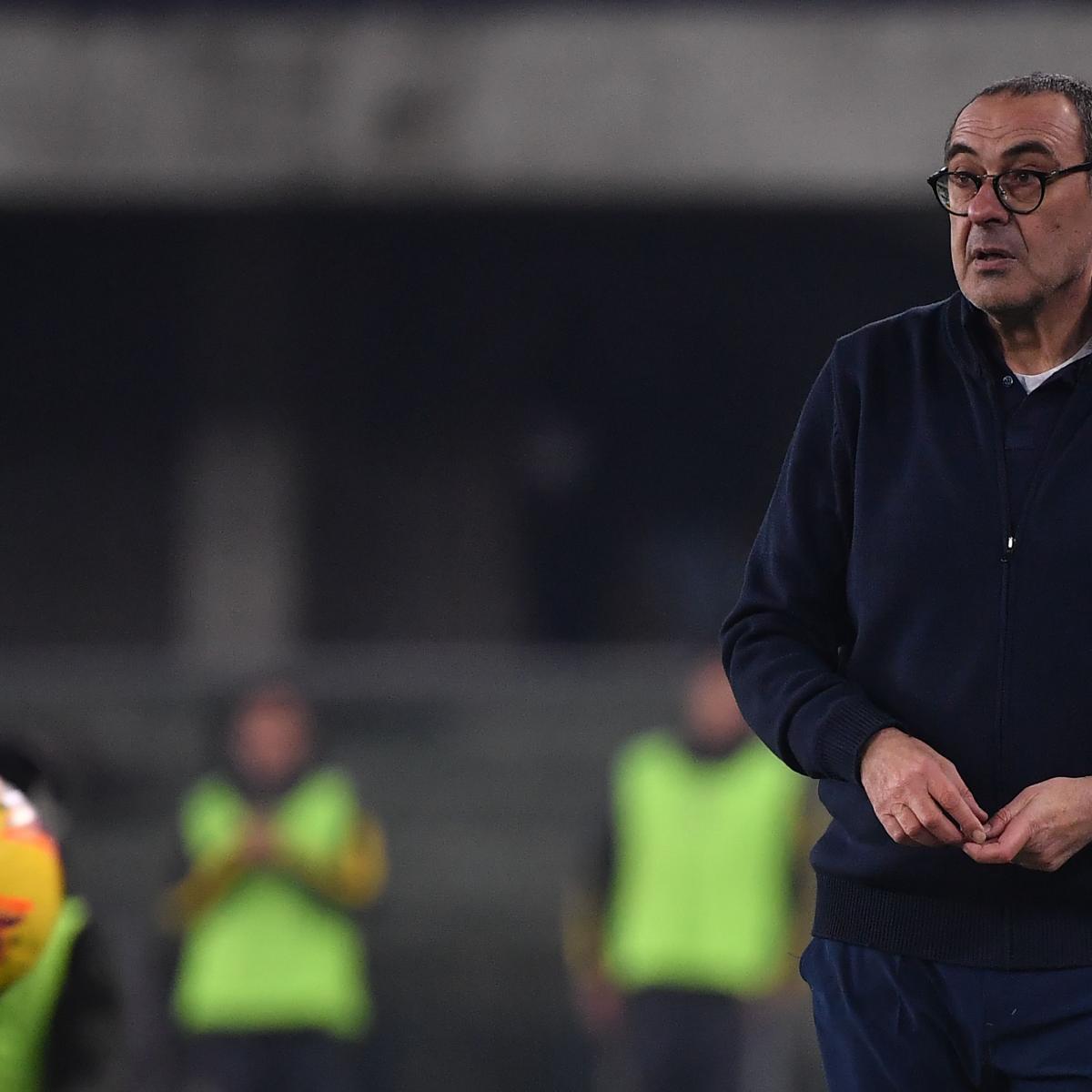 Juventus manager Maurizio Sarri believes the development of his team has “stalled” in recent weeks.

Following their shock 2-1 loss to Hellas Verona in Serie A on Saturday, the Bianconeri played AC Milan in the Coppa Italia semi-final on Thursday. They needed a stoppage-time penalty from Cristiano Ronaldo to earn a 1-1 draw.

After the contest, Sarri was asked about the struggles being endured by the team and conceded they hadn’t been at their best, per Rai Sport (h/t Football Italia):

“I am not worried, as the only real worries in life are your health. It seems a normal phase to be going through; it’s unthinkable for a team to be a continual ascent. This is a sport, so much depends on the physical and psychological conditions of so many players.

“Our growth has stalled a little in the last three weeks, we concede avoidable goals. Having said that, we’ve conceded only two more than the best defence in Serie A, so it’s not that much of an issue.”

Milan took the lead in the first leg of the clash through Ante Rebic, although 10 minutes later they were reduced to 10 men at the San Siro when Theo Hernandez was given his marching orders.

When the Rossoneri had seemingly withstood all Juventus had to throw at them late on, the visitors were awarded a contentious penalty following a VAR review, and Ronaldo was able to convert.

Here is the controversial late decision and the subsequent strike from the Portuguese:

Ronaldo scores for the 11th game in a row! A contentious penalty for Juventus and CR7 punishes Milan in full. A lifeline for Juve in stoppage time! https://t.co/pqO7X174zF

The penalty kept up Ronaldo’s excellent record in front of goal in the 2019-20 season:

While they were able to ensure parity ahead of the second leg in Turin, Juventus were a long way from their best in the match at the San Siro. That will be a concern for Sarri heading into a crucial spell of fixtures.

There’s a lack of fluidity and attacking invention in the team, meaning they are often dependent on moments of brilliance from the likes of Ronaldo and Paulo Dybala to haul them to results.

Sarri recently said he’s not concerned about the mounting scrutiny at Juventus, adding if he wanted a position without pressure he “would’ve taken a job at the post office.” Perhaps the players also deserve criticism:

Although there’s a low mood at Juventus, the team are still in contention for all major honours.

In Serie A, they are level at the summit of the table with Inter Milan, with Lazio just a point further back, meaning there’s a thrilling finish to the campaign in store in the Italian top flight. Juventus continue their push for the UEFA Champions League on February 26, when they face Lyon in the first leg of their last-16 clash.