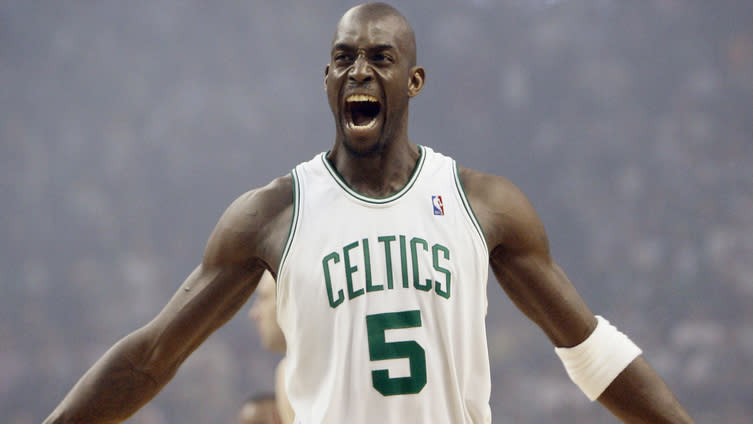 It’s been quite a week for NBA legend Kevin Garnett.

On Thursday night, the Boston Celtics revealed they will retire Garnett’s No. 5. jersey. Then on Friday, the 2008 NBA champion was named a finalist for the 2020 Basketball Hall of Fame class.

After hearing his name called, an emotional Garnett spoke about the honor.

“The Hall of Fame is something you don’t really think about, you don’t really dream about, it just happens,” Garnett said. “I’m more than honored for this. This is over my head. This is one of the more overwhelming situations I’ve ever been in. Thank you.”

Yet again, Garnett has proven to us that “anything is possible.”

LIVE stream the Celtics all season and get the latest news and analysis on all of your teams from NBC Sports Boston by downloading the My Teams App.