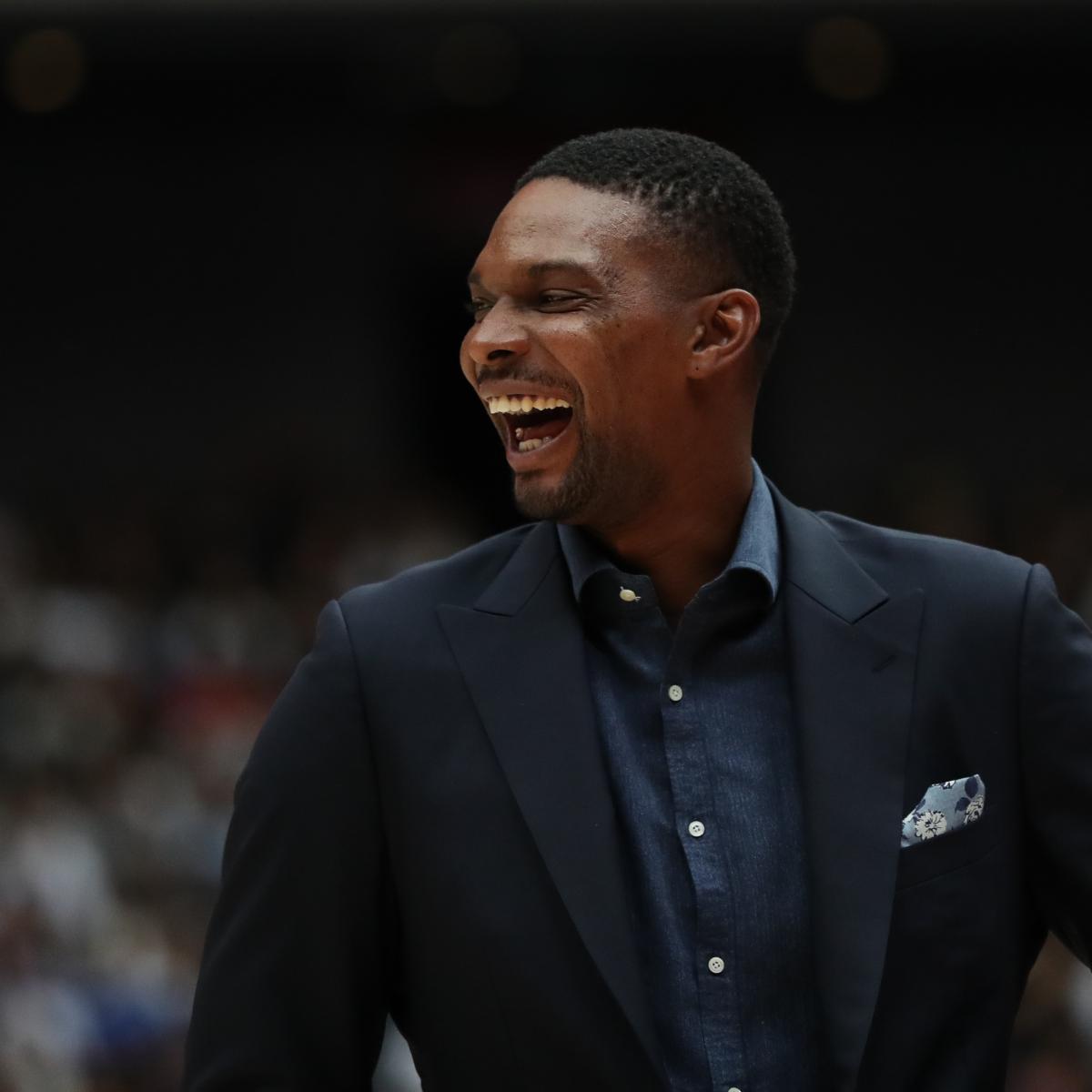 Two-time NBA champion and 11-time All-Star Chris Bosh did not make the finalist cut for the Naismith Memorial Basketball Hall of Fame Class of 2020.

Ex-players Kobe Bryant, Tamika Catchings, Tim Duncan and Kevin Garnett all landed on the finalist list, per an announcement from the Hall.

Per the press release, a finalist will make the Hall in Springfield, Massachusetts, if he or she gets 18 of a possible 24 votes from the Honors Committee.

Bosh averaged 19.2 points and 8.5 rebounds over a 13-year NBA career for the Toronto Raptors and Miami Heat.

The former Georgia Tech star’s best individual five-year stretch occurred from 2006-2010 with Toronto, when he averaged 22.8 points and 9.9 rebounds per game.

After the season, Bosh joined forces with LeBron James and Dwyane Wade to form a powerful Big Three on the Miami Heat. That group stayed together for four years, winning the Eastern Conference title each season and the NBA Finals twice.

James left after the 2013-14 season, and the Heat took a nosedive out of the playoff picture the following year. But Wade and Bosh led a resurgence in 2015-16 as the Heat finished 48-34, good for third in the Eastern Conference.

The Heat took the Toronto Raptors to seven games in the Eastern Conference Semifinals but fell short of facing James’ Cleveland Cavaliers.

However, Bosh suffered from blood clotting and was forced off the NBA floor. He attempted numerous comebacks but was unable to return.

Bosh’s inclusion into the Hall seems inevitable despite not being named a finalist this year. He made the All-Star team in all but two of his seasons and played on (and won with) one of the best NBA teams this century.

As for this year, the Hall will announce the inductees on Saturday, April 4, at 11 a.m. ET on ESPN.