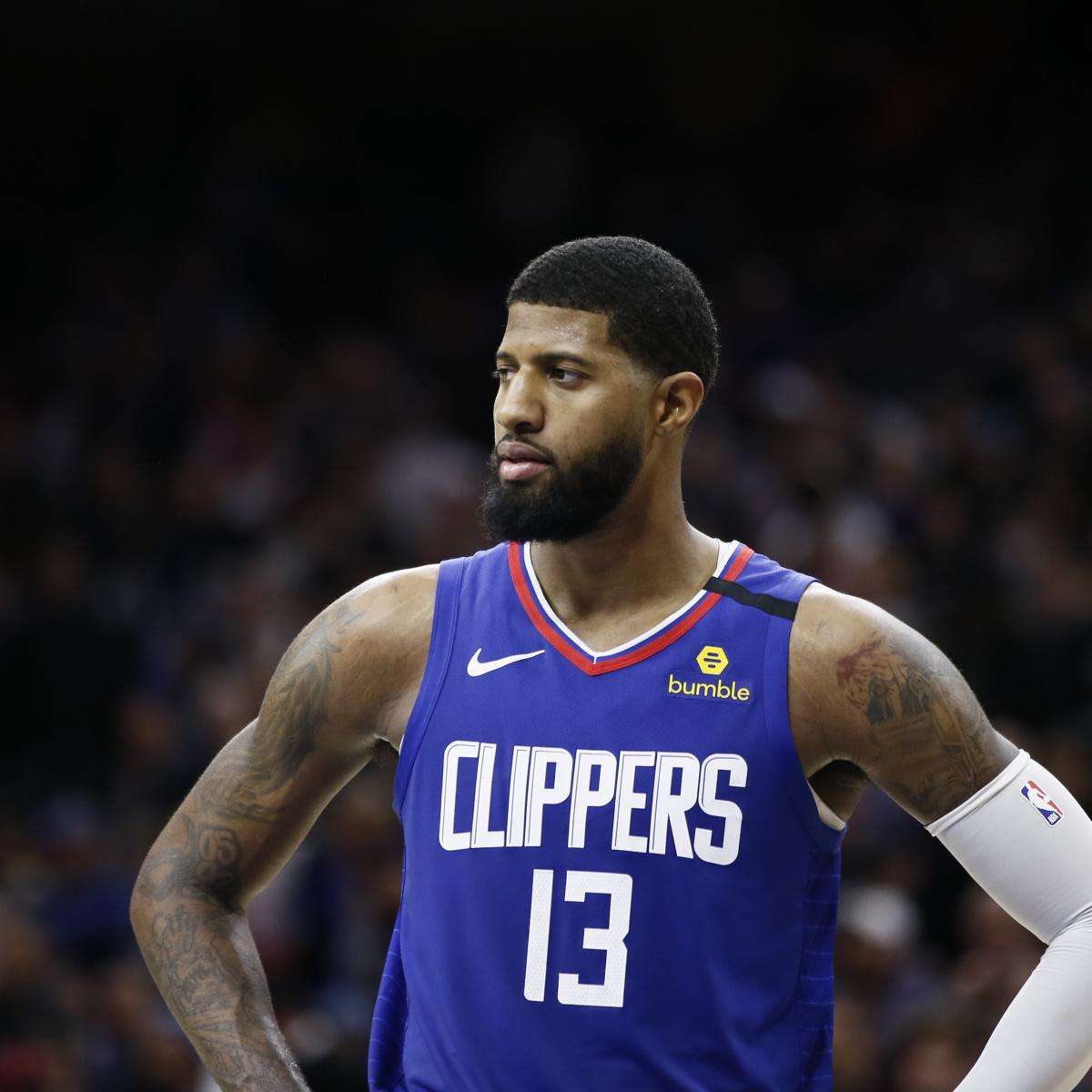 The Los Angeles Clippers stumbled into the All-Star break after falling in double overtime to the Boston Celtics on Thursday. Making matters worse, the Clips were forced to play the second half without Paul George as the guard left the game with an injury.

“[George] just told me that he felt his hamstring again,” Rivers told ESPN’s Ohm Youngmisuk. “He said it wasn’t bad. I said you shouldn’t have told me that. I don’t think he wanted to come out. But once you tell me your hamstring, you feel anything, we have an All-Star break coming up, it’s a no-brainer for us.”

George dealt with hamstring injuries earlier this season, missing ten games for Clippers after a delayed start to the season due to shoulder surgery last summer. When he’s on the floor, George has been a complete difference-maker for LA. He’s averaging 21.7 points, 6.1 rebounds and 3.9 assists per game.

That George’s hamstring is acting back up after his January injury scare is giving Rivers reason to pause.

“I’m a little concerned about that one because that’s the second time now, maybe third,” Rivers said. “Listen, I don’t know what to do, but I know rest you have to do and we’ll see.”

Despite the injuries and load management, the Clippers are still one of the biggest threats to win the title this year.

“We got to get healthy,” Rivers said. “That’s going to be the key for us. And then we got to play multiple games in a row as a group so we can kind of get some continuity. But other than that, I love our spirit, I love how we are. We’re good.”