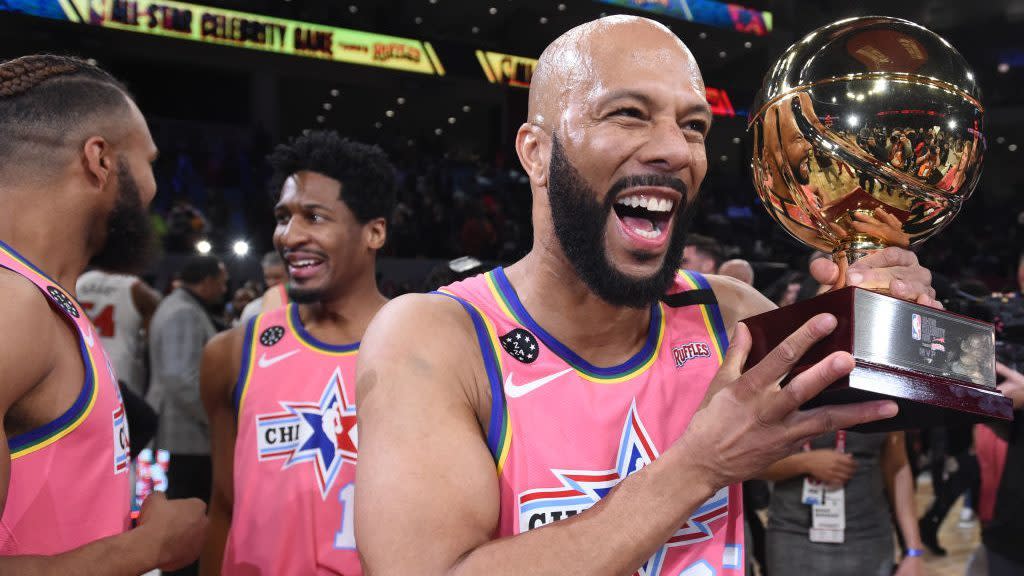 CHICAGO (AP) — Rapper and actor Common had 10 points and four steals to earn Most Valuable Player honors in the All-Star Celebrity Game as Team Wilbon beat Team Stephen A, 62-47 on Friday night.

The 47-year-old Common also had five rebounds and three assists and led a trapping defense by Team Wilbon that broke open the game in the second quarter.

The victory capped a winning day for coach Michael Wilbon, who earlier in the day was announced along with NBA play-by-play announcer Mike Breen as a recipient of the 2020 Curt Gowdy Media Award by the Naismith Memorial Basketball Hall of Fame.