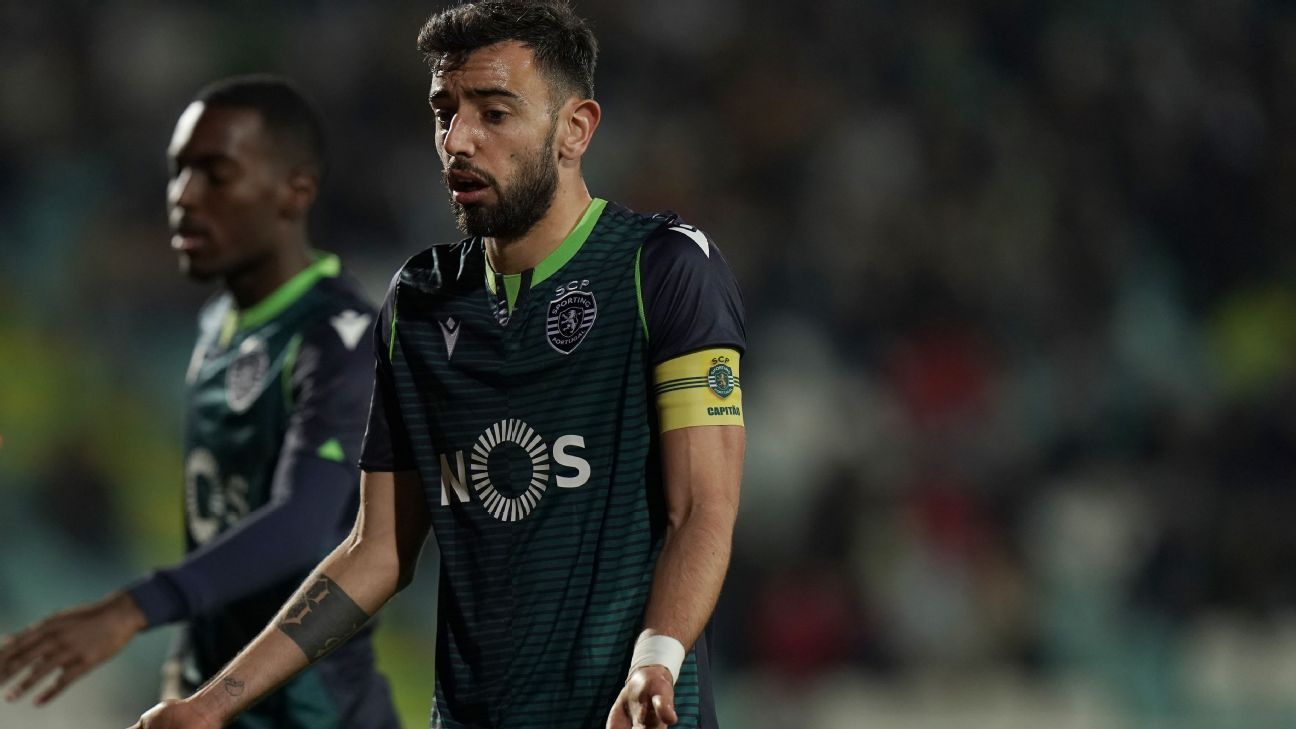 Manchester United have agreed to personal terms with Bruno Fernandes, but the transfer hinges on finding an agreement with Sporting Lisbon, sources have told ESPN.

United have held talks with the Portuguese side about signing the midfielder this month, but a deal between the clubs is yet to be reached. Sporting value Fernandes at around €80 million while United are keen to pay closer to €60m.

The 25-year-old, capped 19 times by Portugal, is ready to move to Old Trafford after talks that have involved agent Jorge Mendes, but is waiting for Sporting and United to find a compromise during the last 15 days of the January transfer window.

Sporting have rejected the chance to take goalkeeper Joel Pereira as part of the deal, and their attempts to sign defender Marcos Rojo have so far been rebuffed.

Meanwhile, Ashley Young‘s hopes of sealing a move to Inter Milan have been hit with the Italian side on the brink of signing Roma left-back Leonardo Spinazzola.

Spinazzola has undergone a medical at Inter ahead of a move that would see Matteo Politano heading in the other direction.

Young, 34, was hopeful of moving to Inter either in January or at the end of his contract in the summer. He has been offered a new deal to extend his stay at Old Trafford but was keen to move to Serie A.

Watford, West Ham and Crystal Palace are among other clubs interested in his signature. Young has been left out of United’s squad for the last three games, with manager Ole Gunnar Solskjaer having said the defender is unavailable because of injury.