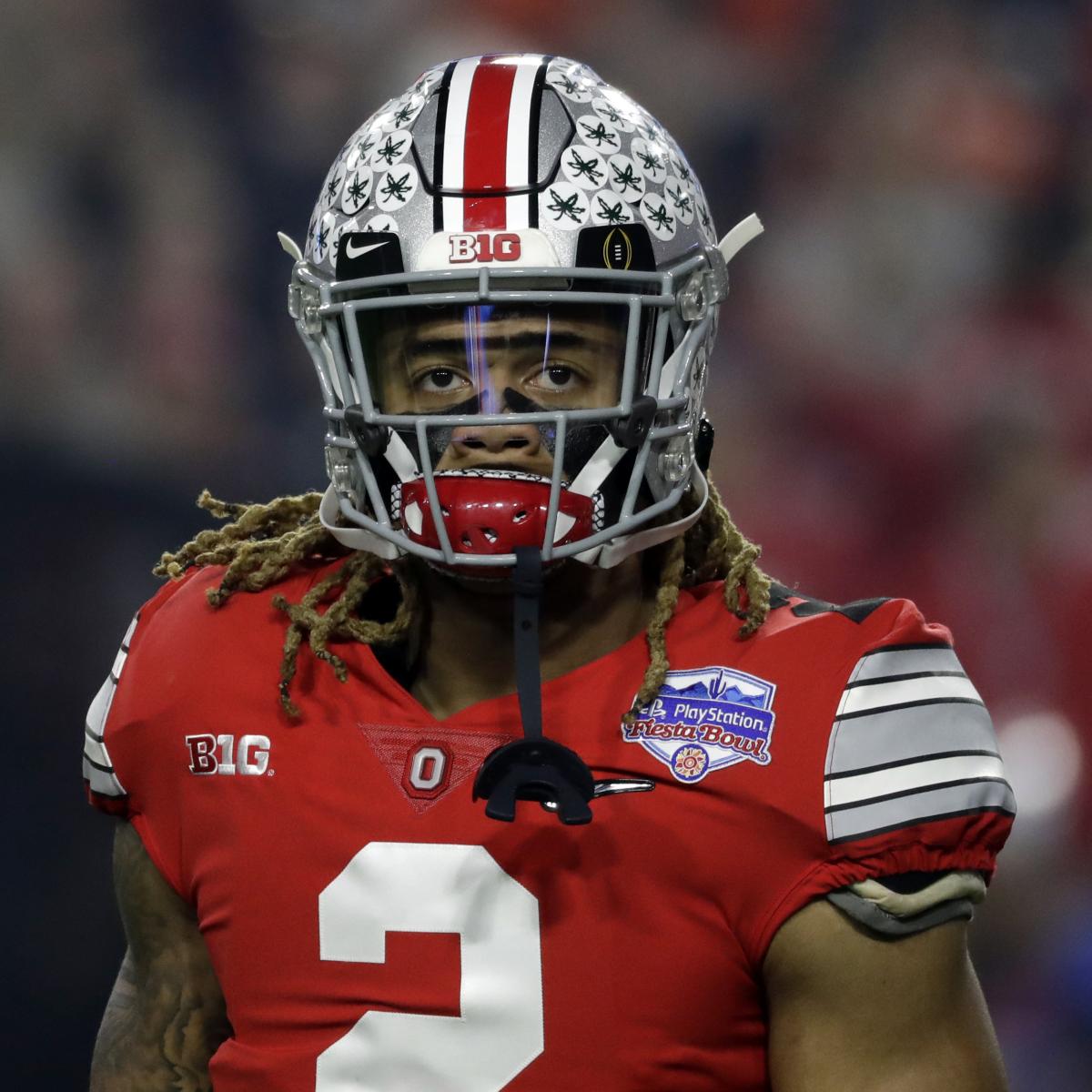 There’s one more round of NFL playoff action before Super Bowl LIV. By the end of Sunday evening, we’ll know which two teams have a shot at this year’s crown.

For the 28 teams that no longer have a chance—those not named the San Francisco 49ers, Kansas City Chiefs, Tennessee Titans or Green Bay Packers—the focus is already on trying to make it to Super Bowl LV in 2021.

Making the right choices in this year’s draft will go a long way toward helping teams in the 2020 season and beyond. It all starts with the Cincinnati Bengals and the No. 1 pick, and here, we’ll examine how the first round might unfold, along with some of the latest draft-related buzz.

Though he isn’t expected to be the first pass-rusher off the board—that will be Ohio State phenom Chase Young—Iowa’s A.J. Epenesa projects as a near-lock for the first round.

Fortunately for teams in need of edge-rushing help, Epenesa made his entry into the draft pool official earlier this week.

“I have decided to follow another childhood dream and enter the 2020 NFL draft,” Epenesa said in a statement.

Teams without a realistic shot at Young are likely to study Epenesa intently during the next few months of the draft process.

Bengals Are Intrigued by Burrow

Young is talented enough of a pass-rusher that the Bengals will likely at least consider him with the No. 1 pick. However, LSU quarterback Joe Burrow, who just capped perhaps the best ever season by a collegiate quarterback, may force Cincinnati to go with a signal-caller.

While quarterback is not the Bengals’ biggest weakness, Burrow has the potential to be a perennial Pro Bowler at the next level. That’s a difficult possibility to pass up, and the Bengals coaching staff is already intrigued by the possibility of grasping it.

“He definitely checks off a lot of boxes early on in the evaluation process,” Bengals quarterbacks coach Alex Van Pelt said, via the team’s official website. “He obviously looks like a very intriguing guy.”

Conventional wisdom would suggest that the Bengals go ahead and scoop up Burrow and solidify the team’s most important position for the next decade. However, Cincinnati will have options. Trading away a shot at Burrow would likely earn Cincinnati multiple players and first-round picks in return.

For a franchise that needs to upgrade multiple positions on its roster, the potential to turn one pick into many will also be intriguing.

With Burrow almost certain to go No. 1 and Alabama quarterback Tua Tagovailoa likely to be an early pick if healthy—he’s expected to throw for teams prior to the draft—at least two quarterbacks appear set for the first round. Oregon’s Justin Herbert could be the third, and, according to ESPN draft analyst Todd McShay, Georgia’s Jake Fromm might be the fourth.

“There’s a reason talented quarterbacks such as Justin Fields and Jacob Eason kept transferring out of Georgia,” McShay wrote. “Though he is the least physically gifted of the top five quarterbacks in the class, Fromm is the type of QB who will always find a way to win and excel with high-end football intelligence. He is an elite competitor, a tough kid and a real grinder.”

Fromm, who announced his entry into the draft last week, should interest teams at the bottom of Round 1 or early on Day 2. As McShay mentioned, Fromm doesn’t leap off of film physically, but he’ll have an opportunity to change the perception at the scouting combine.