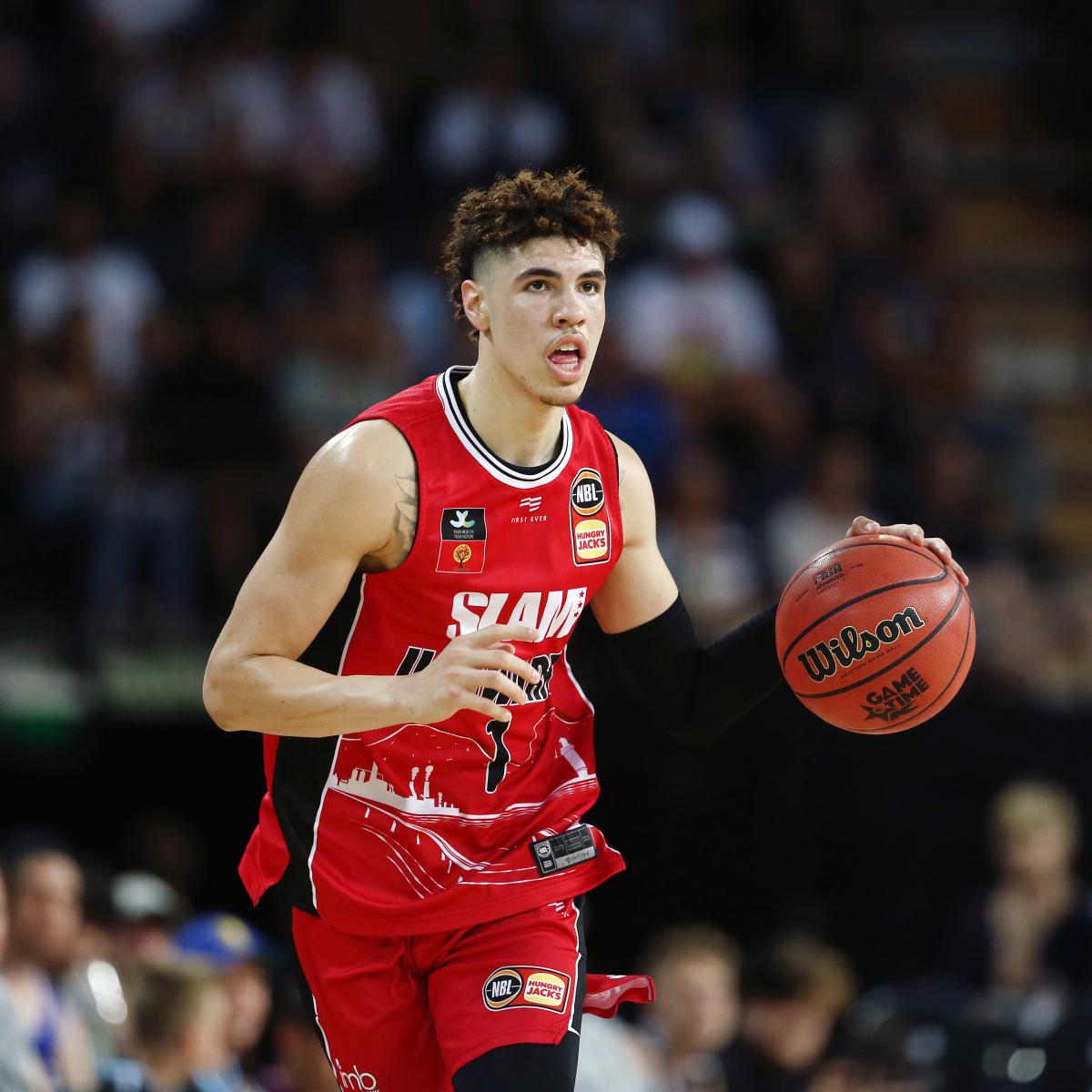 With potential No. 1 overall pick LaMelo Ball done for the remainder of the season in Oceania’s National Basketball League, the 2020 NBA draft is in the spotlight.

Ball’s manager, Jermaine Jackson, told ESPN’s Jonathan Givony on Thursday that Ball will not play again this season as he rehabs a foot injury and prepares to enter the draft in June.

Ball made a huge impression on talent evaluators despite playing in just 12 games in Australia and New Zealand. While he established himself as one of the top prospects in the 2020 class, will he go No. 1 overall?

Here is a full first-round mock draft based on the current NBA standings and a closer look at those who are projected to go with the top few selections.

Although he appeared in only three games at Memphis, center James Wiseman may have already done enough to cement his status as the No. 1 overall pick in the 2020 draft.

Wiseman arrived at Memphis as the top recruit in the nation, per 247Sports, and he did little to hurt his on-court reputation by averaging 19.7 points, 10.7 rebounds and 3.0 blocks in three contests for the Tigers.

Just got around to watching James Wiseman’s debut from opening night against South Carolina State. Good god, have mercy, what he did to those poor kids is illegal in approximately 17 states. If he plays with this kind of intensity all year, its a wrap. https://t.co/PQIraNlX64

His momentum was halted almost immediately, however, as the NCAA suspended him 12 games for impermissible benefits. Wiseman’s mother accepted $11,500 from current Memphis head coach Penny Hardaway for moving expenses in 2017.

While Hardaway wasn’t coaching Memphis at that time, the NCAA considered him a booster, which is why the exchange was a violation. Wiseman could have returned after serving his suspension, but he decided to leave school and prepare for the draft instead.

The 7’1″ Wiseman is a dominant interior force at both ends of the floor, and NBA scouts likely didn’t need to see much more of him to know that he is a special talent.

If the Golden State Warriors land the No. 1 overall pick, it is difficult to envision them passing on Wiseman. The Dubs will be stacked at guard once Stephen Curry and Klay Thompson return from injury, but they are lacking a dominant inside presence.

Golden State didn’t really have anyone resembling that en route to making five consecutive NBA Finals and winning three championships, but bringing in Wiseman to attract attention away from the likes of Curry, Thompson and D’Angelo Russell could help the Warriors go from the NBA’s worst team to title contenders in short order.

There was a lot of buzz surrounding guard Anthony Edwards when he committed to play for the Georgia Bulldogs, and he has lived up to it thus far.

While Georgia has not reached the NCAA tournament since the 2014-15 season, Edwards has the Bulldogs back on the map at 11-5 with quality wins over Memphis and Tennessee in their past four games.

As expected, Edwards is spearheading Tom Crean’s squad with a team-high 19.1 points per game to go along with 4.9 rebounds, 3.1 assists and 1.3 steals. Perhaps the only downside is that he hasn’t been terribly efficient in shooting 41.3 percent from the field and 32.7 percent from beyond the arc.

Anthony Edwards is putting on a show 🍿 https://t.co/jhZzlkzCFZ