Markelle Fultz has big night against the Lakers

Markelle Fultz has big night against the Lakers 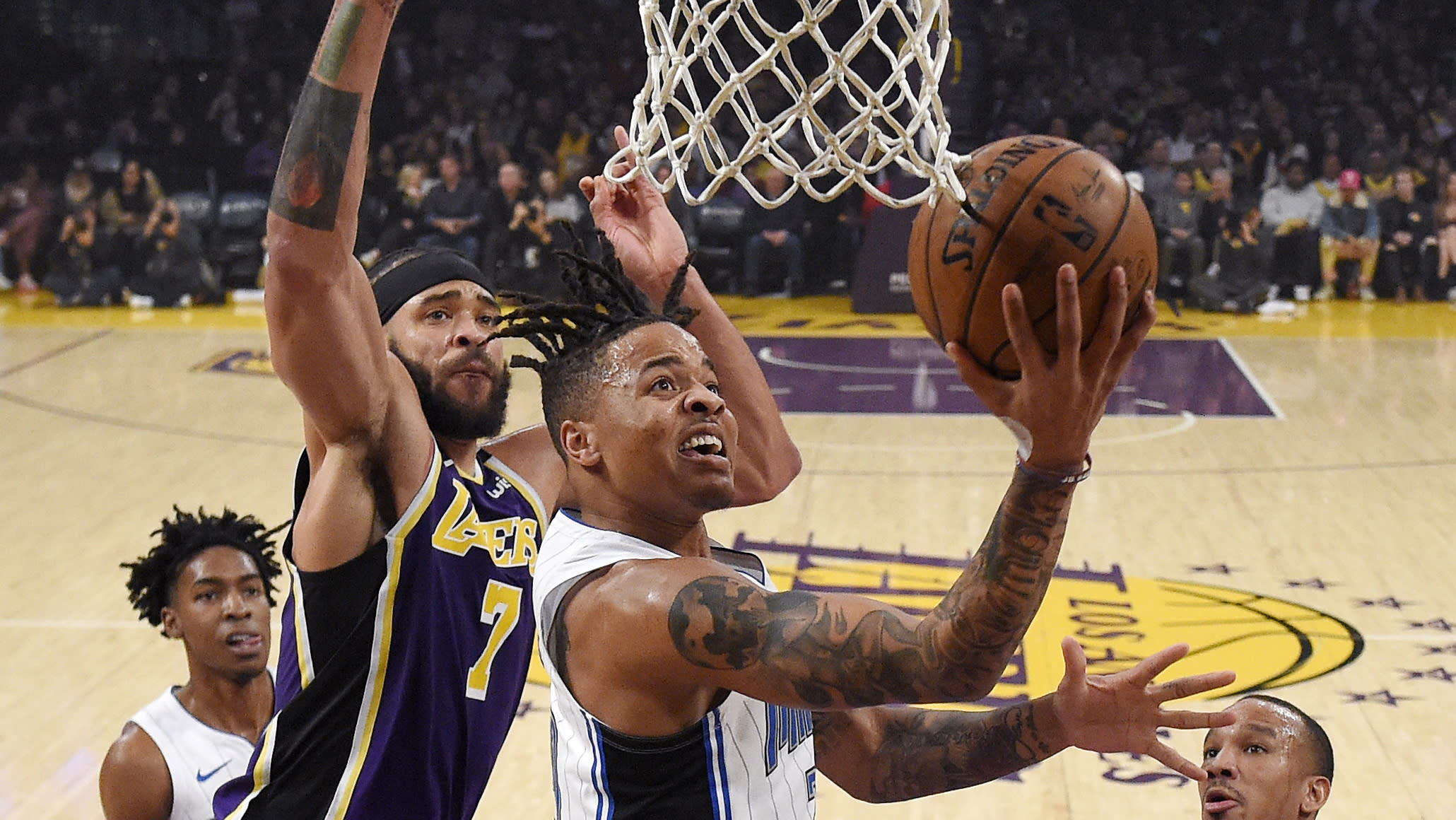 There was a reason the Sixers traded up for the right to draft Markelle Fultz with the No. 1 overall pick.

Those skills were on full display Wednesday night in Los Angeles.

Fultz recorded his second career triple-double (21 points, 11 rebounds, 10 assists) in leading the Magic to a victory over LeBron James and the Lakers.

While the three-point shot still hasn’t quite come around for Fultz, he showed a lot of the same abilities he did during his brief time with the Sixers.

He’s good at creating his own shot.

He has nice touch around the rim.

He can change speeds and stop on a dime.

Fultz certainly had his issues here, but there’s no denying the 21-year-old is immensely gifted. While you could drive yourself crazy playing the “what if?” game, Fultz’s trade to Orlando could be what was best for everyone.

It’s also fair to point out that this hasn’t been the normal output for Fultz. Coming into the night, Fultz was averaging 11.5 points, 4.5 assists and 3.2 rebounds a game.

But if he continues to produce like he did Wednesday, it’ll make Magic GM John Hammond look like a genius.

Click here to download the MyTeams App by NBC Sports! Receive comprehensive coverage of your teams and stream the Flyers, Sixers and Phillies games easily on your device.

More on the Sixers