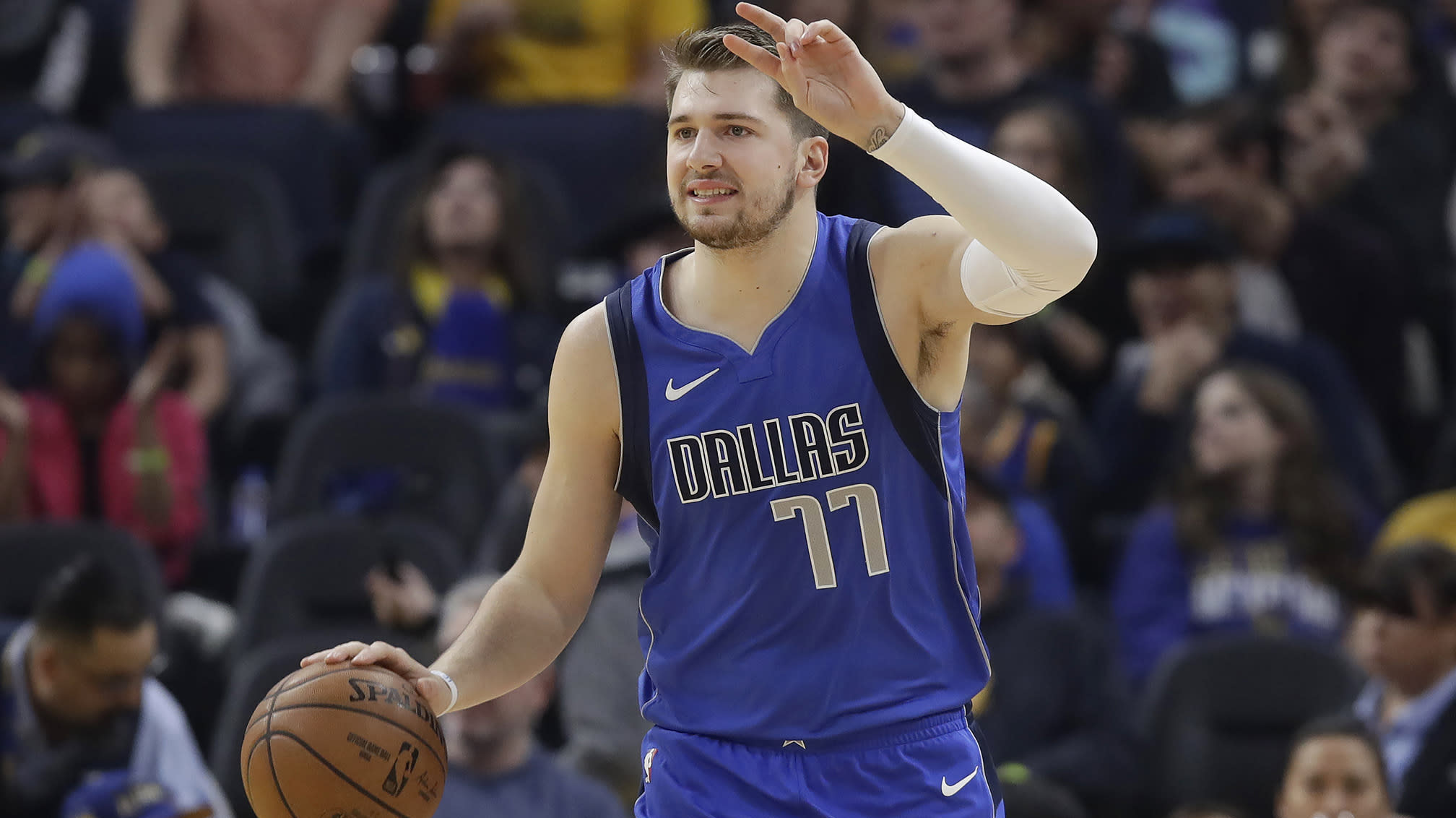 Editor’s Note: Drafting is only half the battle. Dominate all season long with our Season Pass! Use our NEW Start/Sit Tool, Trade Analyzer, Weekly Tiers, Rest-of-Season Rankings, Projections and more on your way to a championship! Click here for more!

Pistons 116, Celtics 103 – Christian Wood has been the most talked about fantasy pickup recently but played just eight minutes and scored two points in this one. He’s going to be a roller coaster, but I still think you should hang onto him. Wood was playing through a sore knee which may have contributed to tonight’s disaster. Sekou Doumbouya went nuts, hitting 10-of-13 shots and two 3-pointers for 24 points, but didn’t do much else. Pick him up. Andre Drummond had a 13 & 13 double-double and Derrick Rose started and hit 11-of-13 shots for 22 points and six dimes. Sell high on Rose right now. Do it. Markieff Morris came off the bench and had 23 points on 9-of-14 shooting and is going to hurt Wood as long as he’s healthy. Doumbouya now looks like a better pickup than Wood, but Wood is not done yet.

Jayson Tatum (sore knee) sat out for the Celtics so Gordon Hayward and Jaylen Brown went off in the loss. Kemba Walker hit just 2-of-11 3-pointers for 19 points, two assists and two steals, and the Celtics bench did nothing. Tatum’s injury doesn’t appear to be serious, so last night was the time to roll with Brown and Hayward in DFS. Marcus Smart appeared to also be a smart play, but he hit just 1-of-9 shots in the loss.

Sixers 117, Nets 106 – Tobias Harris, Al Horford, Ben Simmons and Josh Richardson all played well in the win without Joel Embiid (finger) and those are the guys you want to target right now. Furkan Korkmaz had 15 points and three 3-pointers in 21 minutes off the bench but is mostly unreliable.

For the Nets, Spencer Dinwiddie led the way with 26 points and eight assists and Jarrett Allen double-doubled in the win. Taurean Prince (who I still like) scored 15 points and Kyrie Irving cooled off with 14 points and four assists on 6-of-21 shooting. I still think Irving’s a sell-high player, as I’m betting he gets hurt again at some point.

Heat 106, Spurs 100 – Kendrick Nunn went off for 33 points and five 3-pointers on 13-of-18 shooting with a fun stat line in the win, while Bam Adebayo flirted with a triple-double with a 14-13-7 line. Jimmy Butler was quiet with 12 points, while Goran Dragic somehow had 17 points and five assists off the bench, despite Nunn’s heroics. Nunn had 20 points on 8-of-8 shooting (4-of-4 3-pointers) in the first half and this is your sell-high notice.

The Spurs got 30 points on 12-of-14 shooting from DeMar DeRozan and Patty Mills hit five 3-pionters on his way to 21 points in the loss. Those were the only noteworthy lines in the Spurs’ box score and I’m scared of all of them. The Spurs are now the No. 9 seed, behind the hot Grizzlies, in the West with the Blazers, Suns and Timberwolves all on their heels.

Bulls 115, Wizards 106 – Zach LaVine scored 30, Tomas Satoransky took advantage of a great matchup with 18 points and five assists, Thaddeus Young had 18 points and eight rebounds off the bench, and Luke Kornet played 35 minutes and had 10 points, four rebounds, a steal, two blocks and a 3-pointer. Starter Daniel Gafford went down early with a thumb injury that will keep him out for about a month, so dropping Gafford for Kornet makes sense with Wendell Carter Jr. also out for a month with a severely sprained ankle. Kris Dunn was awful, hitting just 1-of-7 shots, but I’m sticking with him for now.

Bradley Beal played through his new shoulder injury for 23 points but looks pedestrian out there and was in poor spirits after the game. Sell him while you can. Davis Bertans hit just 4-of-15 shots for 12 points, five boards, two steals and four 3-pointers and should be ready to take off now that he’s healthy. Jordan McRae had 16 points and missed all five of his 3-pointers in 25 minutes and is worth a look in all leagues right now. Oh, and Thomas Bryant started, but played just 12 minutes. There are too many hot free agents out there for me to be holding Bryant right now. Troy Brown Jr. missed all three of his shots and didn’t score after a nine-point game on Sunday. He’s struggling, but I still think he’ll bounce back. If you need to cut him, be my guest, but I don’t think he’s done yet.

Pacers 104, Timberwolves 99 – Domantas Sabonis went off with 29 points, 13 rebounds, six dimes, a steal and a block on 13-of-17 shooting and Malcolm Brogdon had 21 points, six boards and six assists in the win. The rest of the Pacers were pedestrian, although Doug McDermott got loose for 14 points in 18 minutes. Jeremy Lamb had just nine points and is struggling and is the guy who will likely take a hit once Victor Oladipo comes back in a couple weeks. Cut him for a hot free agent like Doumbouya.

Karl-Anthony Towns (illness) was out again and the Wolves are telling us that his knee is fine and that he’s just sick. I’m not sure I’m buying it, but owners just have to pray he’s back in action on Friday or Saturday. Gorgui Dieng had 15 points and 11 boards, Jarrett Culver had 17 points and five rebounds, and Andrew Wiggins continued to struggle with 10 points on 4-of-13 shooting. He’s scored 11 or fewer in three straight games, but I bet he bounces back soon. Buy low on him. Culver is the guy to own here, as Jeff Teague has fallen apart and played just 19 minutes. The Wolves are a total cluster-you-know-what and are now 15-25 on the season.

Raptors 130, Thunder 121 – Marc Gasol is back and had 15 points, five boards, six assists, a steal and three 3-pointers on 6-of-9 shooting. He’s surely sitting on a lot of waiver wires but won’t be for long. Go get him. Serge Ibaka, Pascal Siakam, OG Anunoby, Kyle Lowry, and Norman Powell all went off last night and Terrence Davis had 12 points, seven boards, three assists, three steals and two 3-pointers in just 17 minutes. I don’t trust Davis at all, and I’m not thrilled about Powell once Fred VanVleet is back from his hamstring injury. Especially since Powell’s line was dependent on him hitting 9-of-11 shots and three 3-pointers but was empty outside of the scoring. Super-stash Chris Boucher didn’t even play and it’s time to move on if you’re holding him.

The Thunder got 23 from Danilo Gallinari, 21 and another monster line from Shai Gilgeous-Alexander and 25 points, six assists and five 3-pointers from Dennis Schroder in the loss. Mike Muscala, who I somehow had in a DFS lineup, went off for 17 points, four boards, three assists, a steal, a block and three 3-pointers in 31 minutes, and benefitted from the absence of Nerlens Noel (ankle) and the loss of Steven Adams, who left with a bruised right knee. If Adams and Noel remain out, Muscala will be worth a DFS play, as well as a deep-league look. Chris Paul also had a solid 16 & 11 double-double and I feel way better about him than guys like Chris Paul and Derrick Rose right now.

Nuggets 100, Hornets 86 – The Nuggets win was weird, as Michael Porter Jr., who I also somehow had in my DFS lineup, led the way with 19 points, eight rebounds, two steals, a block and two 3-pointers in 28 minutes. I don’t really trust him, but Gary Harris is hurt, and he can produce if the minutes are there. Harris was out with an adductor injury and could miss time, which stinks because he appeared to be heating up. Harris’ injury is a big win for Porter. Nikola Jokic flirted with a triple-double with a 12-8-8 line and Jamal Murray left with a sprained left ankle in the second quarter. If he’s going to miss time (X-rays were negative) Monte Morris is the pickup. Jerami Grant was solid with 14 points, five boards, two assists, two blocks and a 3-pointer in another start for Paul Millsap. As long as Millsap’s out, I’m considering Grant in DFS.

The Hornets started Cody Zeller, P.J. Washington, Miles Bridges, Terry Rozier and Devonte’ Graham and all of them scored in double figures. There were no double-doubles to be found in the box score, but Rozier and Bridges came close. The Hornets are a mess right now simply because of their schedule; they’re already done for this week, don’t play again until Monday and go 2-3-3-2-2 for the next five weeks as far as games played. Expect to see a lot of good Hornets players showing up on waivers in the near future. The last thing I’d want to do is cut PJW, Rozier or Graham, but it’s going to be a really rough month or so if you hang onto them.

Blazers 117, Rockets 107 – The Blazers starters (Carmelo Anthony, Hassan Whiteside, Damian Lillard, Kent Bazemore and C.J. McCollum) all went off and the bench did nothing as the Blazers got a huge win to improve to 18-24 on the season. Melo had an 18 & 12 double-double, Whiteside had an 18 & 18 double-double, Lillard had a 25-7-7 line and McCollum had 24 points, six assists, two steals, a block and three 3-pointers. Those are the only four guys you should be worried about in Portland. And while there are reports about the eventual return of Jusuf Nurkic, I don’t think Whiteside is going to be traded, nor do I think he’ll be ruined by Nurk’s return.

The Rockets are kind of a mess right now. James Harden was double-teamed the entire night and hit just 3-of-12 shots for 13 points, his lowest total in two years. He’s hit just 51-of-141 shots in his six January games, good for 36 percent. They’ve lost three of their last four games and Mike D’Antoni’s pledge to offense, ignoring defense and having Harden shoot at will is backfiring right now. Russell Westbrook came back from a night of rest and went crazy with a 31-11-12 triple-double in the loss and Clint Capela came through with 14 points, 18 boards, a steal and a block. Ben McLemore (17) and Eric Gordon (20) combined for 11 3-pointers and are worth a look if you need threes. Good night!