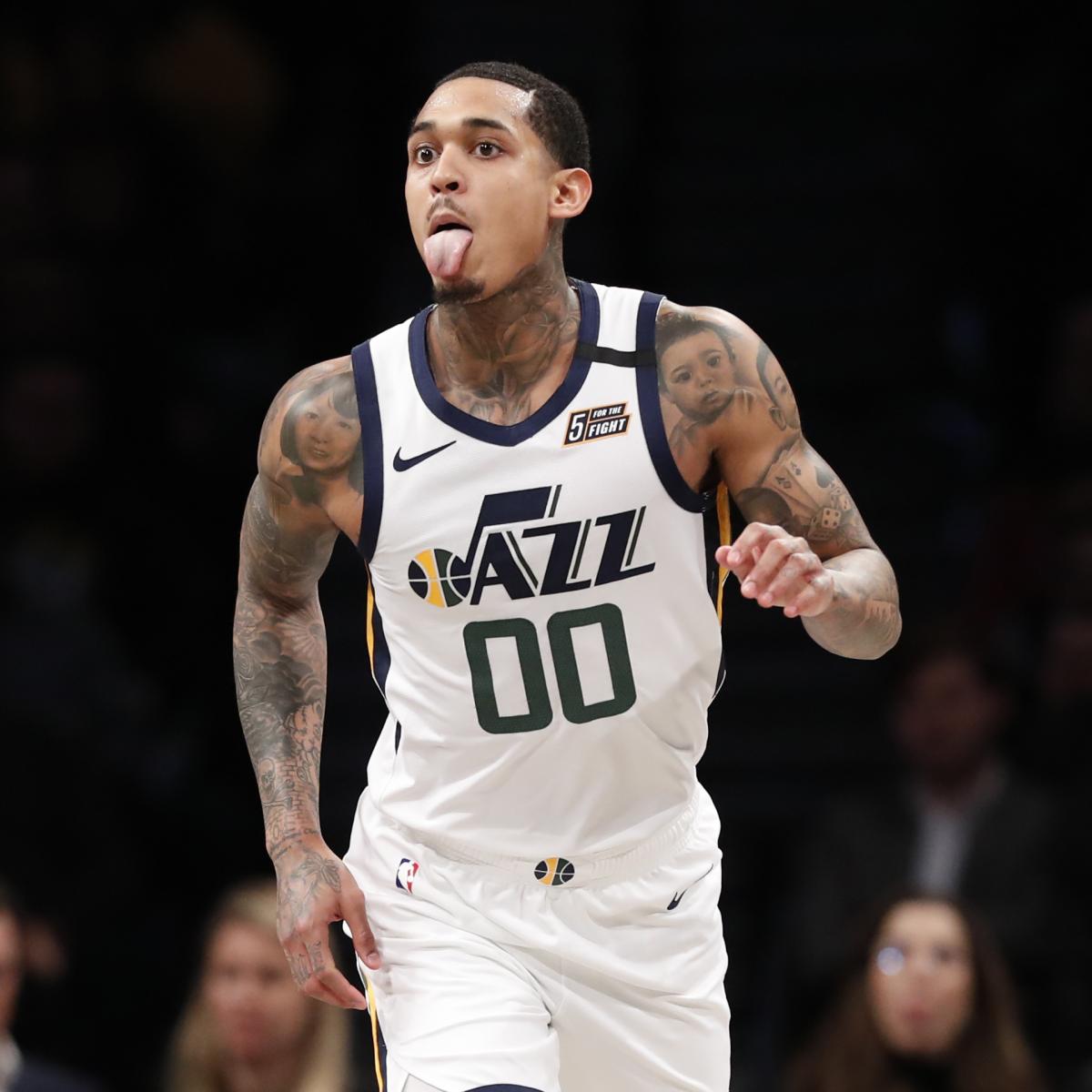 Jordan Clarkson has adjusted well to his role in the Utah Jazz lineup.

The 27-year-old guard has been a consistent double-digit scorer since his first appearance for the Western Conference franchise December 26.

The former Cleveland Cavaliers player could provide a boost to your fantasy basketball rosters, as he is available in over two-thirds of Yahoo leagues.

One of Clarkson’s former teammates, Darius Garland, is also worth a look on the waiver wire due to his production increase since Cleveland’s trade with Utah.

In his 10 appearances for the Jazz, he has seven double-digit point showings and racked up over 20 minutes in each contest.

Rudy Gobert is among the Utah players who have noticed Clarkson’s all-around contributions, per Sarah Todd of the Deseret News.

“It’s huge because his ability to score, we all know that, but when the defense is actually helping if he’s able to find the open guy it’s just great for the team,” he said.

In addition to scoring, Clarkson has chipped in with a handful of assists, rebounds and steals, and he has knocked down at least one three-point shot in the last 10 games.

The combination of those numbers, plus his availability at point and shooting guard in Yahoo leagues, means the latest addition to the Utah roster is worth a pickup.

Clarkson is owned in 33 percent of Yahoo competitions, per Fantasy Pros, and he faces a favorable schedule for the rest of January.

After visiting the New Orleans Pelicans Thursday, Utah plays four of its next five at Vivint Smart Home Arena, where it is 15-3.

With Clarkson off the roster and Kevin Porter Jr. out with an injury, Garland should receive ample opportunities to thrive at the back end of his rookie season.

The first-year player out of Vanderbilt has 10 consecutive double-digit performances, and he has played over 25 minutes in every game since December 12.

Garland’s ownership percentage on Yahoo has risen recently, and it is now up to 46, per Fantasy Pros.

If he continues to trend in the right direction, the 19-year-old could make a huge impact on fantasy squads in the second half of the campaign.

He may attract more attention in the coming days since he produced his first career double-double Tuesday against the Los Angeles Clippers.

“It’s a great milestone for me. I came close a couple times,” Garland said, per The Athletic’s Kelsey Russo. “Today in L.A., first double-double, it’s really cool. Just seeing my game grow, the game is slowing down for me a lot and just making the right reads.”

That performance was a part of a four-game road stretch in which the rookie produced at least 14 points and four assists versus the Detroit Pistons, Denver Nuggets, Los Angeles Lakers and Clippers.

Once the Cavaliers finish the final two parts of their road trip Friday and Saturday, they are home for seven of the next eight.

With the Chicago Bulls, New York Knicks and Washington Wizards part of the string of contests, Garland could have more success ahead of him.