An ex-works Lotus 22 Formula Junior will race for the first time in more than half a century at the Goodwood Members’ Meeting on March 28/29.

Chassis 22/J/3 is the Team Lotus car mainly driven by Bob Anderson during the 1962 season, with notable results including third places at Monaco and Goodwood.

Now, after 57 years in storage, it is being re-prepared for racing and will be driven by Michael Hibberd at Goodwood.

This remarkable time-warp car was discovered by Hibberd’s son Andrew, another Formula Junior racer, and it is now owned by the Hibberd family alongside the 22 that Andrew has raced with great success over the last decade.

“I found it for sale via Instagram,” said Andrew, who collected the car from Italy in November.

“We always wondered where the other works cars were.

“The car still has its original parts including modified throttle pedal, all Lotus part numbered components, Monaco vented nose, Cosworth engine and so on.”

The car is now being stripped and sympathetically restored for racing ahead of the Goodwood Members’ Meeting. 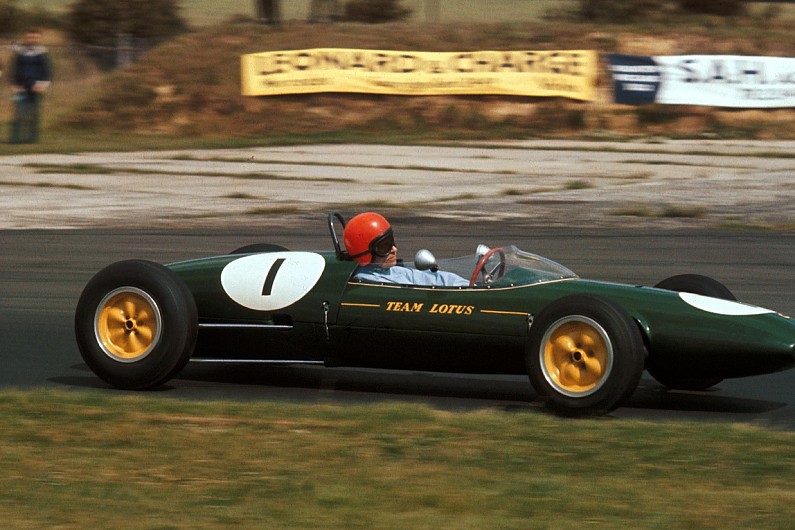 At the end of the 1962 season, the car was used to settle a bet at Monza after a journalist suggested that Lotus was using illegal engines.

Works driver Peter Arundell (pictured above) went to Monza in December and set a time good enough for a new lap record. The cylinder head was removed, and the capacity of the engine was checked and found to be correct.

“The 22 was sold on the spot to a Milan racer,” said Hibberd.

“It then spent some time in a hair salon before being purchased in 1967 by the gentleman who I found the car with.

“The 22 then sat in the same Turin workshop until it left with me, 57 years to the day after leaving England.”