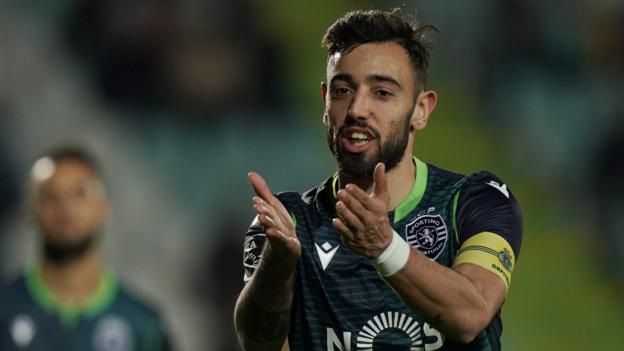 United and Sporting have held face-to-face talks over the transfer of £60m-rated Portugal midfielder Fernandes.

The Portugal international is keen on a move but there has been no agreement between the clubs over a fee.

“The only certainty I have is that Bruno Fernandes will be present against Benfica,” said Silas.

“When we have such an athlete it is normal for a lot of teams to want him, but tomorrow he will be there unless disaster strikes.”

Sporting, who are currently fourth in the Primeira Liga, host leaders Benfica at the Jose Alvalade Stadium at 21:15 GMT on Friday.

Silas said there is “no player in Portugal who does” what Fernandes can do.

“He is an extraordinary player, the best and most valuable in the league, as he was last season,” he added.

“I’ve heard someone say that he’s not worth the money you are talking about and it’s true, he’s worth a lot more.

“In addition to attacking better than anyone in our country, he still gives the most to defend.”