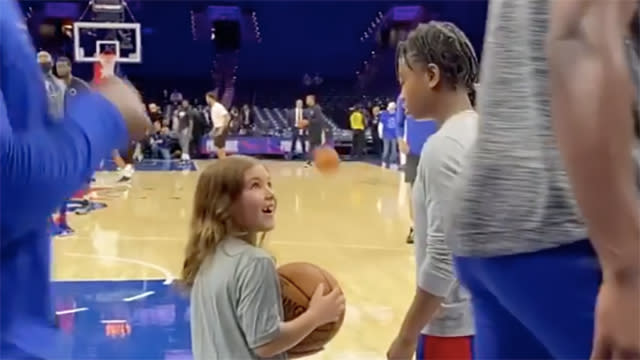 There have been exhilarating moments, to be sure, from stealthy Matisse Thybulle blocks and steals to Joel Embiid‘s game-winning dunk. Still, the high preseason expectations, variety of injuries and prevailing attitude of the playoffs mattering far, far more than the regular season have seemed to sap some life from fans.

None of those factors were a concern Wednesday night for a young fan delighted at the sight of Embiid.

Embiid was back with the Sixers after undergoing surgery Friday in New York for a torn ligament in the ring finger on his left hand. He went through conditioning exercises pregame and also took some one-handed shots.

We don’t yet have for a timeline for Embiid’s return, though the team said at the time of his surgery that he will be re-evaluated in 1-2 weeks.

For many who follow the Sixers, his health with be a worry. For some, just seeing Embiid will be more than enough.

Click here to download the MyTeams App by NBC Sports! Receive comprehensive coverage of your teams and stream the Flyers, Sixers and Phillies games easily on your device.

More on the Sixers