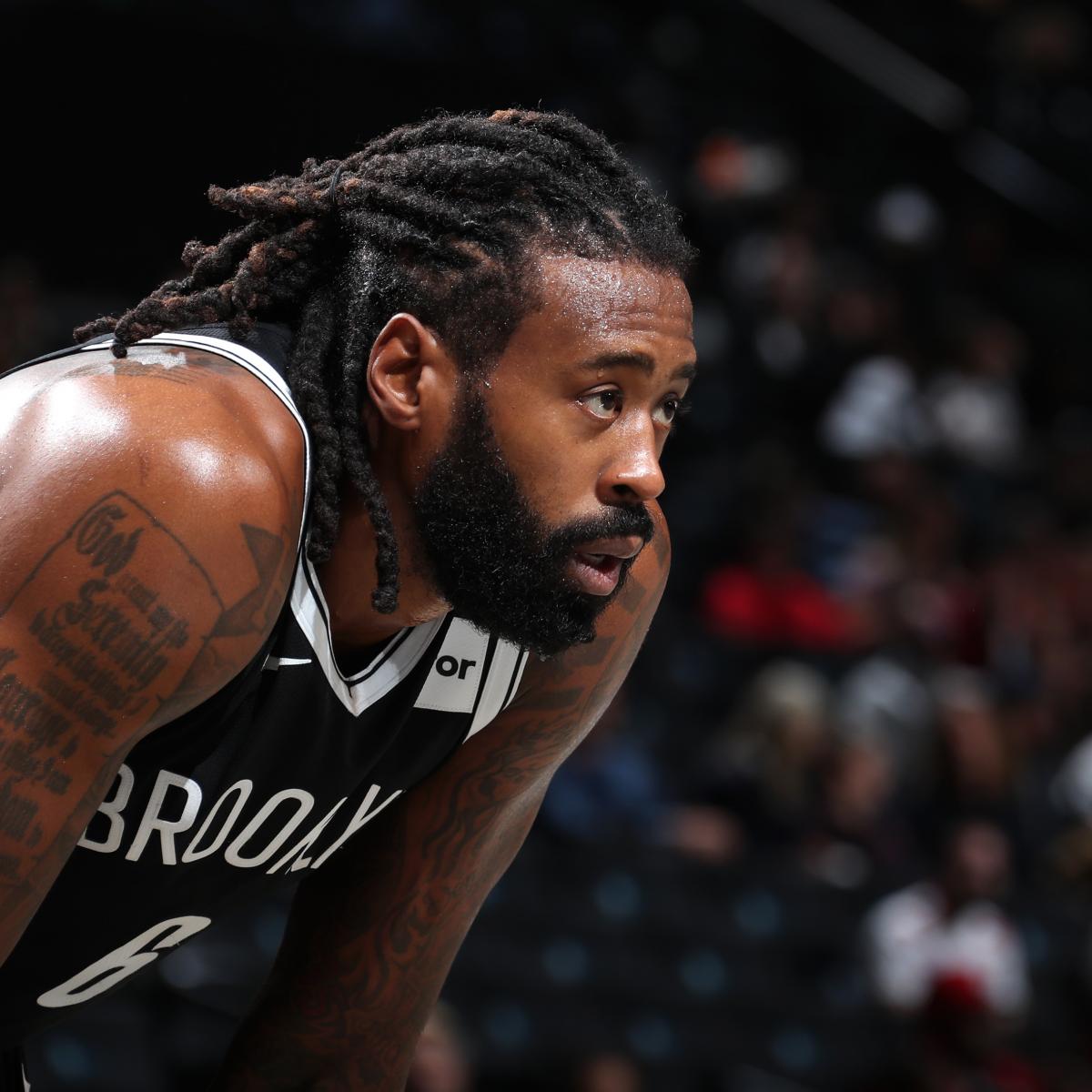 Brooklyn Nets center DeAndre Jordan will not return to Wednesday’s game against the Philadelphia 76ers after suffering a dislocated right middle finger late in the second quarter.

Jordan split his time in 2018-19 between the Dallas Mavericks and the New York Knicks after the Mavericks sent him to the Big Apple as part of the Kristaps Porzingis trade. He averaged 11.0 points, 13.1 rebounds and 1.1 blocks in 69 appearances for the season.

In a surprising twist this summer, Jordan returned to New York but didn’t re-sign with the Knicks, instead putting pen to paper on a four-year, $39.9 million deal with the Nets.

Brooklyn was one of the offseason’s biggest winners, landing Kevin Durant and Kyrie Irving as well.

Many were surprised the Nets gave Jordan such a sizable salary since Jarrett Allen made some strides in his sophomore campaign. Jordan has largely served as the backup, though, so as not to disrupt Allen’s development on the court.

Allen’s presence is an obvious luxury for the Nets as they still have an effective rim protector even without Jordan in the lineup, thanks to Allen. Depth behind Allen, though, may become an issue without Jordan.