Edwards-Helaire among 7 from LSU entering draft

Edwards-Helaire among 7 from LSU entering draft 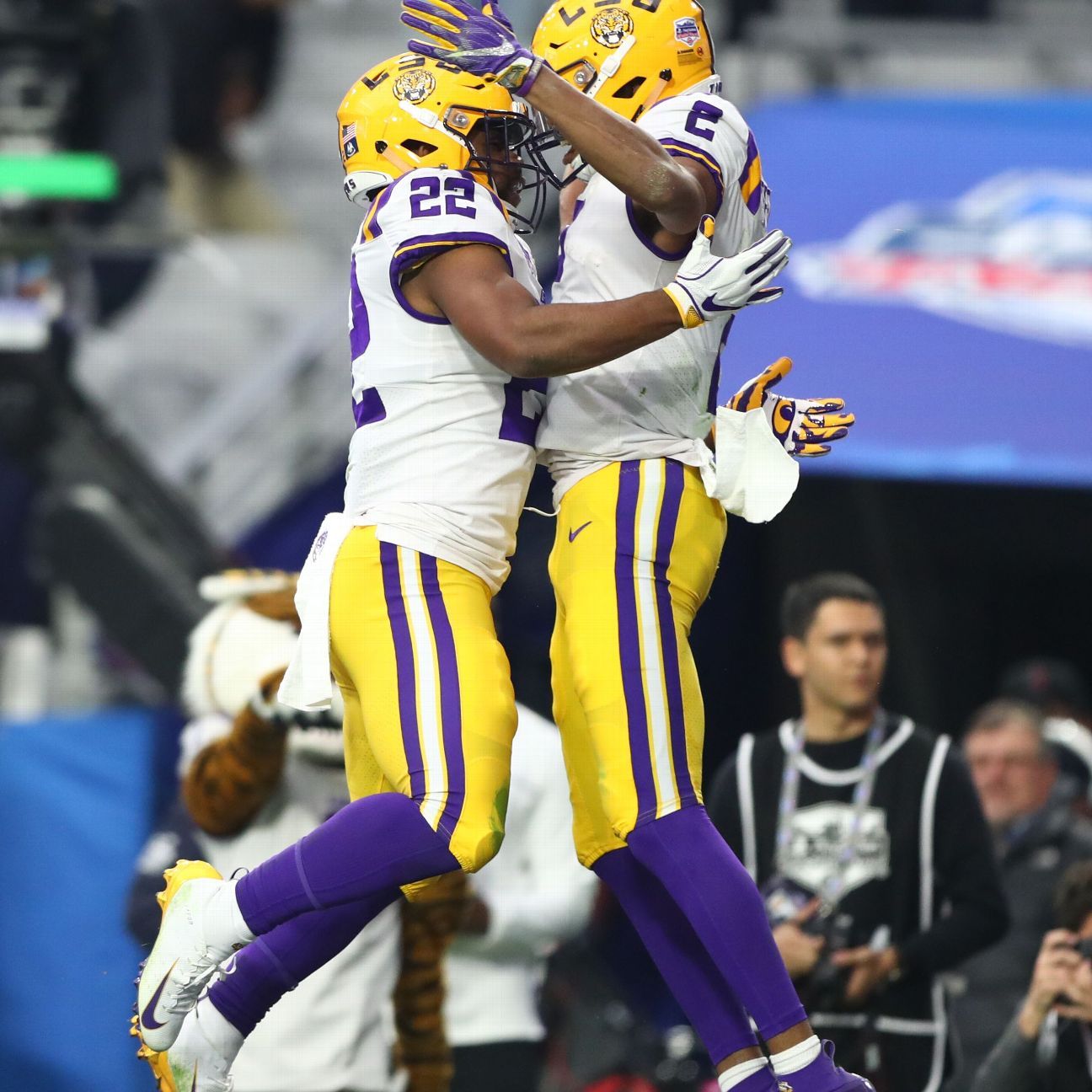 The post-championship exodus at LSU Tigers hit another gear on Wednesday as seven underclassmen declared for the NFL draft.

The mass departure comes less than 24 hours after passing game coordinator Joe Brady accepted the job as offensive coordinator for the Carolina Panthers.

Center Lloyd Cushenberry III, left tackle Saahdiq Charles and inside linebacker Patrick Queen also announced their decisions to turn pro early on Wednesday. ESPN’s Mel Kiper ranks Cushenberry and Charles as top-10 prospects at their positions. Queen, who is not ranked among Kiper’s top-10 prospects at linebacker, finished with 85 tackles, 12 tackles for loss and 3 sacks.

Kiper ranks Delpit as the top draft-eligible safety and No. 10 overall prospect for the 2020 draft. He finished this past season with 65 tackles, including 2 sacks and 4.5 tackles for loss, to go along with 2 interceptions, 7 pass breakups, a forced fumble and a fumble recovery.

Edwards-Helaire, Kiper’s No. 8 running back, emerged as one of the best all-around backs in the country this season, rushing for 1,414 yards and 16 touchdowns to go along with 55 catches for 453 yards.

Whoever replaces Heisman Trophy winning quarterback Joe Burrow will also be without Jefferson, Kiper’s No. 7 receiver, and his team-leading 111 catches, 18 of which resulted in touchdowns.

It wasn’t all bad news, though, as safety JaCoby Stevens and nose tackle Tyler Shelvin announced that they would be returning next season. Stevens ranked second on the team in tackles (92) and third in interceptions (three).