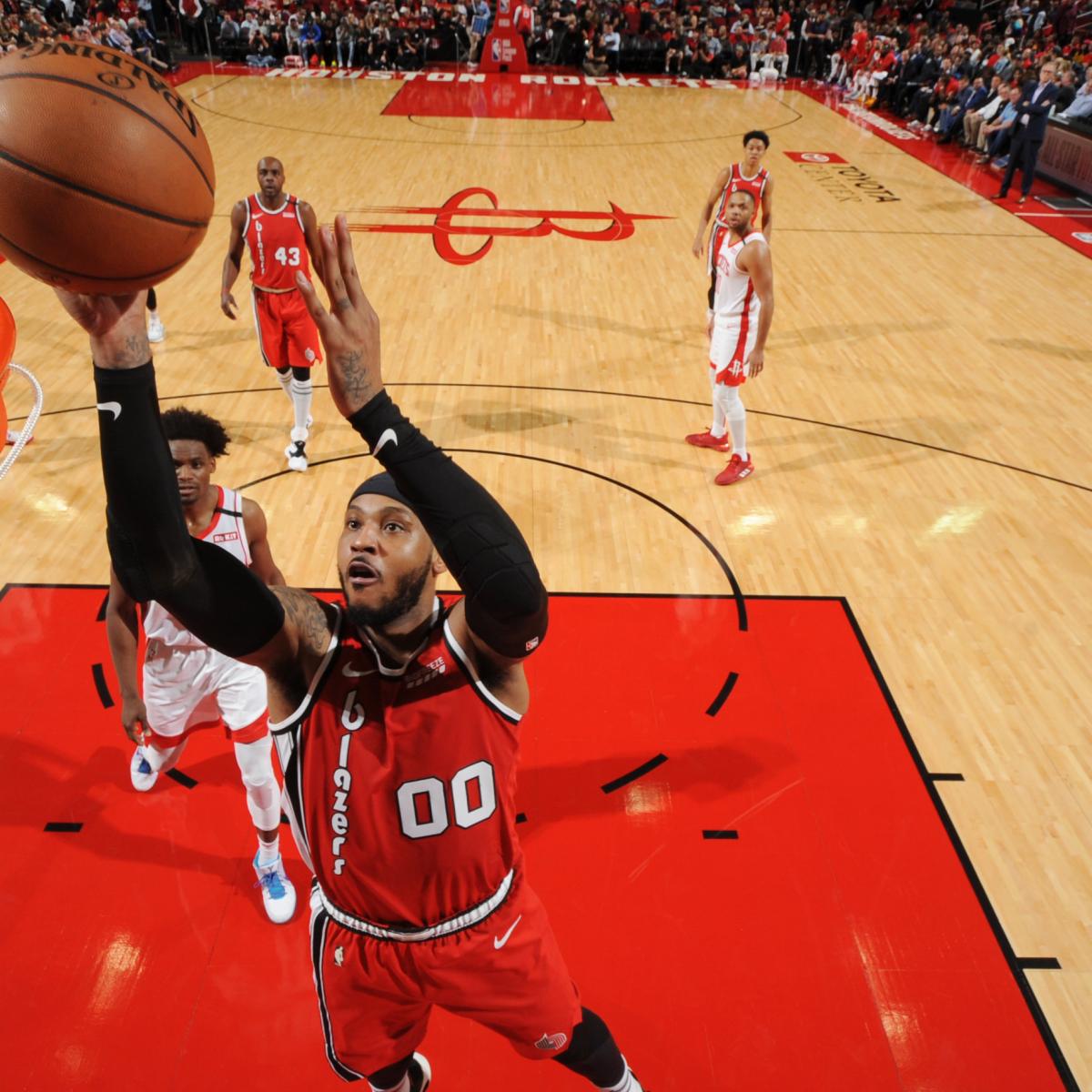 Damian Lillard scored a team-high 25 points and Carmelo Anthony added an 18-point, 12-rebound double-double in his return to Houston as the Portland Trail Blazers upset the host Rockets 117-107 on Wednesday at Toyota Center.

The second quarter proved to be the difference, as the Blazers outscored the Rockets 32-21 behind eight of Anthony’s 18 points.

Portland took a 60-47 halftime edge and led 102-88 in the fourth quarter after a CJ McCollum and-one, but the Rockets responded with a 12-3 run capped by a Ben McLemore three-pointer with 5:03 left.

However, the Blazers went on a 10-2 run kickstarted by back-to-back threes from Lillard and Anthony to effectively seal the win.

The game marked Blazers forward Anthony’s first matchup in Houston since a 10-game stint with the Rockets in the beginning of the 2018-19 season. The team parted ways with Anthony midseason.

The 18-24 Blazers won their second straight game. The Rockets have lost three of their last four.

The Rockets will host the Los Angeles Lakers on Saturday at 8:30 p.m. ABC will carry the nationally televised broadcast.

The Blazers will visit the Dallas Mavericks on Friday at 9:30 p.m. ESPN will televise the game.