Bulls beat Wizards with ‘next man up’ mentality, but rotation quandaries persist

Bulls beat Wizards with ‘next man up’ mentality, but rotation quandaries persist 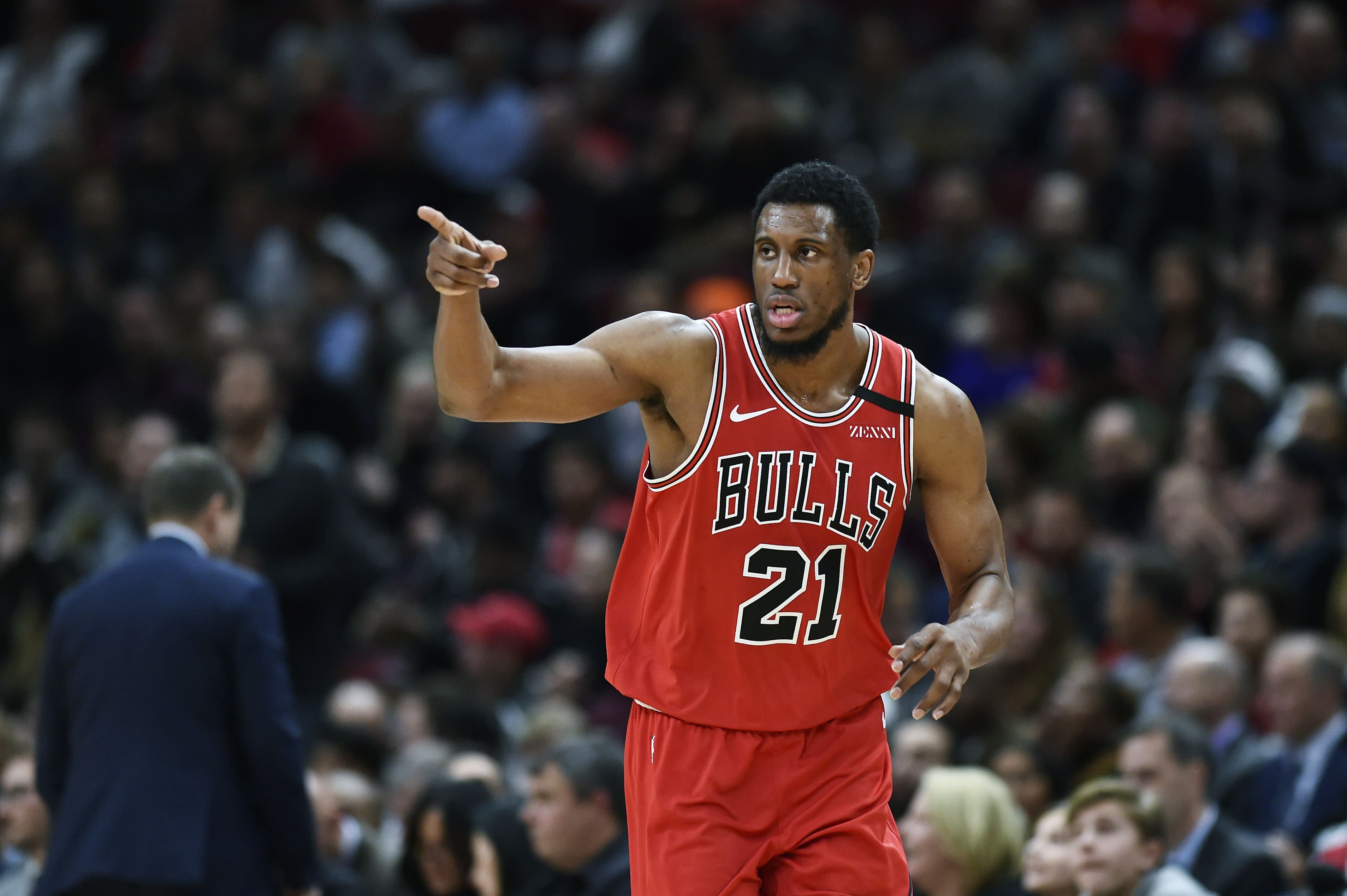 For the Bulls, winter has come.

It wasn’t without warning. The team’s gauntlet of a January schedule was discussed ad nauseum in the build up to the new year. Seventeen games, 31 days. Nine opponents with records above .500 (at the time). Wednesday night’s 115-106 victory over the Wizards marked the team’s eighth of the month, the win just their second.

Only now, the injuries are beginning to pile up. Daniel Gafford went down in the first minute-and-a-half of Wednesday’s game with a grotesque thumb injury, and is now set to miss two-to-four weeks with a dislocation. Midway through the fourth, Chandler Hutchison took a hard fall on a dunk attempt and appeared to reinjure the same shoulder that ailed him all through December (Jim Boylen said he’ll be re-evaluated tomorrow). Wendell Carter Jr. has been out since Jan. 6 with a badly sprained right ankle, his return still weeks away.

“Next man will step up and we’ll continue to play hard and do what we do,” Jim Boylen said after the game. “We just gotta go play. So we’ll figure it out and we’ll do it.”

That mantra was in full effect tonight. After Gafford went down, Luke Kornet slid in with the starters and played a game-high 35:40 minutes, netting 10 points to pair with four rebounds and a block. Hutchison played 12 minutes and scored 11 points before exiting. Cristiano Felicio saw his first run of the season.

It must be said that on the final box, the frontcourt rotation reads a little wonky. Kornet’s aforementioned 35:40 minutes trumped both Lauri Markkanen (31:11) and Thad Young (20:56), while Young, specifically, posited his second strong performance in a row, scoring 18 points on 7-for-9 shooting (3-for-3 from deep) and snaring eight rebounds off the bench.

Perhaps that can be forgiven after a win, especially one that began so adversely. But that distribution will remain something to watch in games which Boylen has time to asses who’s available and formulate a gameplan. After this one, he took a ‘we’ll see’ approach when pressed on adjustments that might be necessary in Gafford and possibly Hutchison’s absence.

One thing he was firm on, though, is that the style of play won’t change.

“You may see some guys that haven’t been playing start playing more and you may see us play small,” Boylen said. “But we’re not gonna change what we do.”

If Kornet slides into the starting lineup – and he’s currently the presumptive favorite – many will continue to question his ability to hold up in space in the Bulls’ aggressive, trapping pick-and-roll coverages. Tonight, at least, the team held up. The Bulls forced the Wizards into 16 turnovers and generated 26 points off those giveaways. Sixteen of those 26 in the second half helped loosen the Bulls up and break open the game.

“We play the way we do, and I’m committed to playing that way, and we’ve been doing it all year, so it’s nothing new, really,” Kornet said. On if he’s ready for the potential vault to 30 minutes per night: “Yeah, yeah… I play basketball for a living, it’s my favorite thing to do, so yeah, absolutely.”

The rotational puzzle will be made trickier by an unforgiving stretch – the Bulls jet to Philadelphia on Friday, then are back home for Cleveland on Saturday. But Boylen’s work is certainly cut out for him.

Attention Dish and Sling customers! You have lost your Bulls games on NBC Sports Chicago. To switch providers, visit mysportschicago.com.

Click here to download the new MyTeams App by NBC Sports! Receive comprehensive coverage of your teams and stream the Bulls easily on your device.