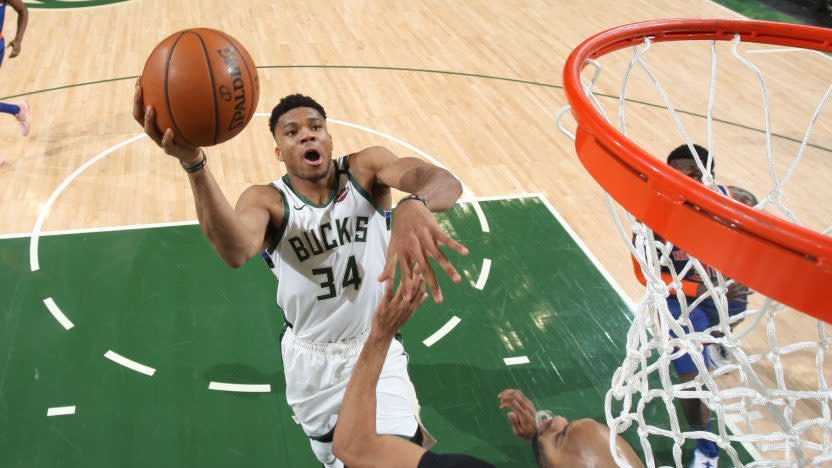 MILWAUKEE (AP) — Giannis Antetokounmpo needed only 21 minutes on the court to do plenty of damage, scoring 37 points and leading the Milwaukee Bucks to a 128-102 rout of the New York Knicks on Tuesday night.

Antetokounmpo did not play in the fourth quarter after the Bucks built a 32-point lead entering the final period on the way to sweeping the three-game season series with the Knicks.

Khris Middleton added 17 points and Ersan Ilyasova had 14 points and seven rebounds for Milwaukee, which led by as many as 35 and improved its record to an NBA-best 36-6.

Antetokounmpo scored on a nifty drive and followed with a 3-pointer as part of a 10-0 run that gave the Bucks a 39-23 advantage early in the second quarter.

Milwaukee outscored New York 36-17 in the period to grab a 65-40 halftime lead. Antetokounmpo finished the half with 20 points and eight rebounds.

Milwaukee extended the margin in the third quarter as Antetokounmpo had 17 points, including nine straight during one stretch. The Bucks converted a five-point play when Knicks guard Elfrid Payton received two technical fouls and was ejected with 6:58 left in the quarter.

Middleton sank the two technical free throws and Antetokounmpo hit all three foul shots after being fouled on a 3-point attempt.