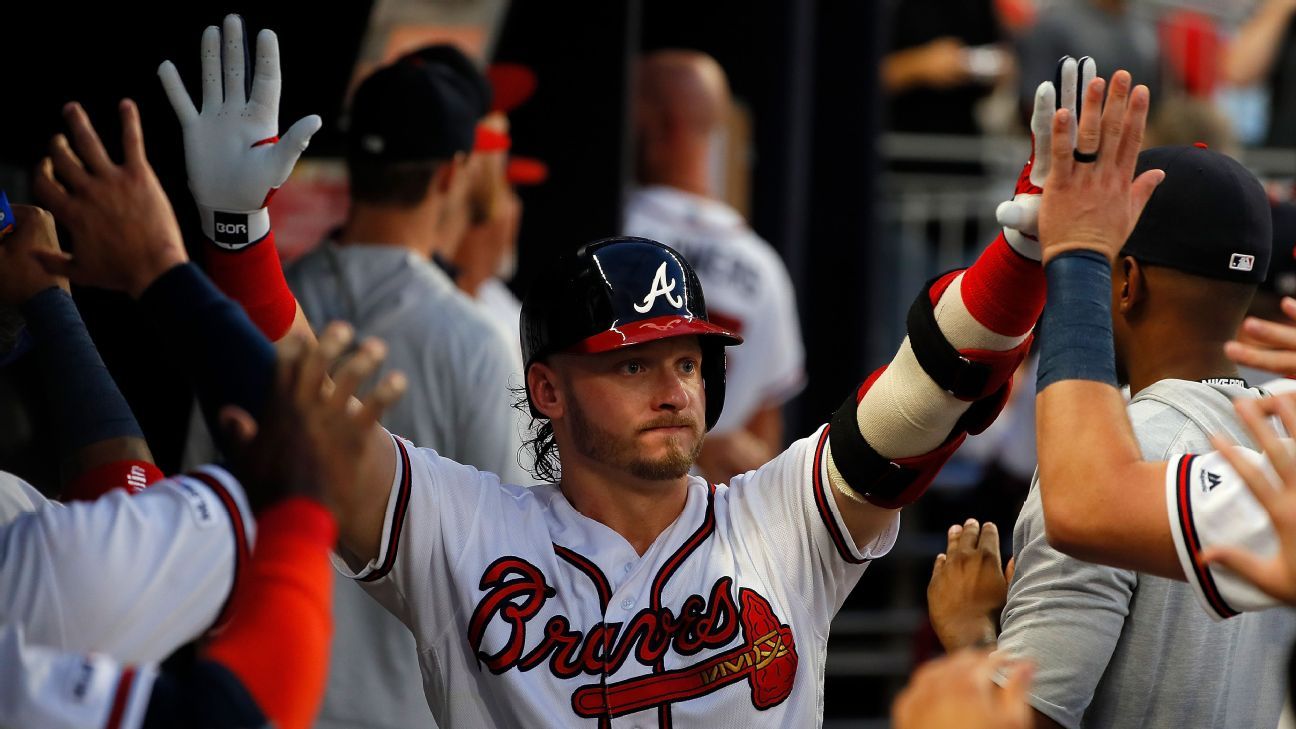 Donaldson, 34, is a three-time All-Star and the 2015 American League MVP. He rebounded from two straight injury-riddled seasons to hit .259 in 155 games for the Atlanta Braves last season with 37 homers and 94 RBIs.

He was an NL Gold Glove Award finalist at third base and fit into a powerful middle-of-the-lineup trio with Freddie Freeman and Ronald Acuna Jr. that combined for 116 home runs and helped propel the Braves to their second straight NL East title.

Donaldson, who grew up in Alabama as a Braves fan, earned $23 million on a one-year contract last season that gave him a chance to show that he was healthy and back to near-MVP form, setting himself up for a much more lucrative payday in the current free-agent market.

The slugging third baseman won his MVP award in 2015 after hitting 41 homers and leading the majors with 122 runs and topping the AL with 123 RBIs in his first year with the Toronto Blue Jays after arriving from the Oakland Athletics in a blockbuster 2014 trade. He hit .297 with 41 doubles to help the Blue Jays reach the playoffs for the first time since winning consecutive World Series in 1992 and ’93.

While Donaldson followed up with two more seasons of 30-plus home runs, a hip injury in 2016 and a strained right calf in 2017 cut into his production. During the 2018 season, Donaldson was limited to 52 games by shoulder inflammation and more calf issues, hitting .246 with just eight homers and 23 RBIs. He was dealt to the Cleveland Indians on Aug. 31 and played 16 games, enough to persuade the Braves that he was fully recovered from myriad health issues.

Donaldson spent the first four years of his career with the Athletics and is a career .273 hitter.