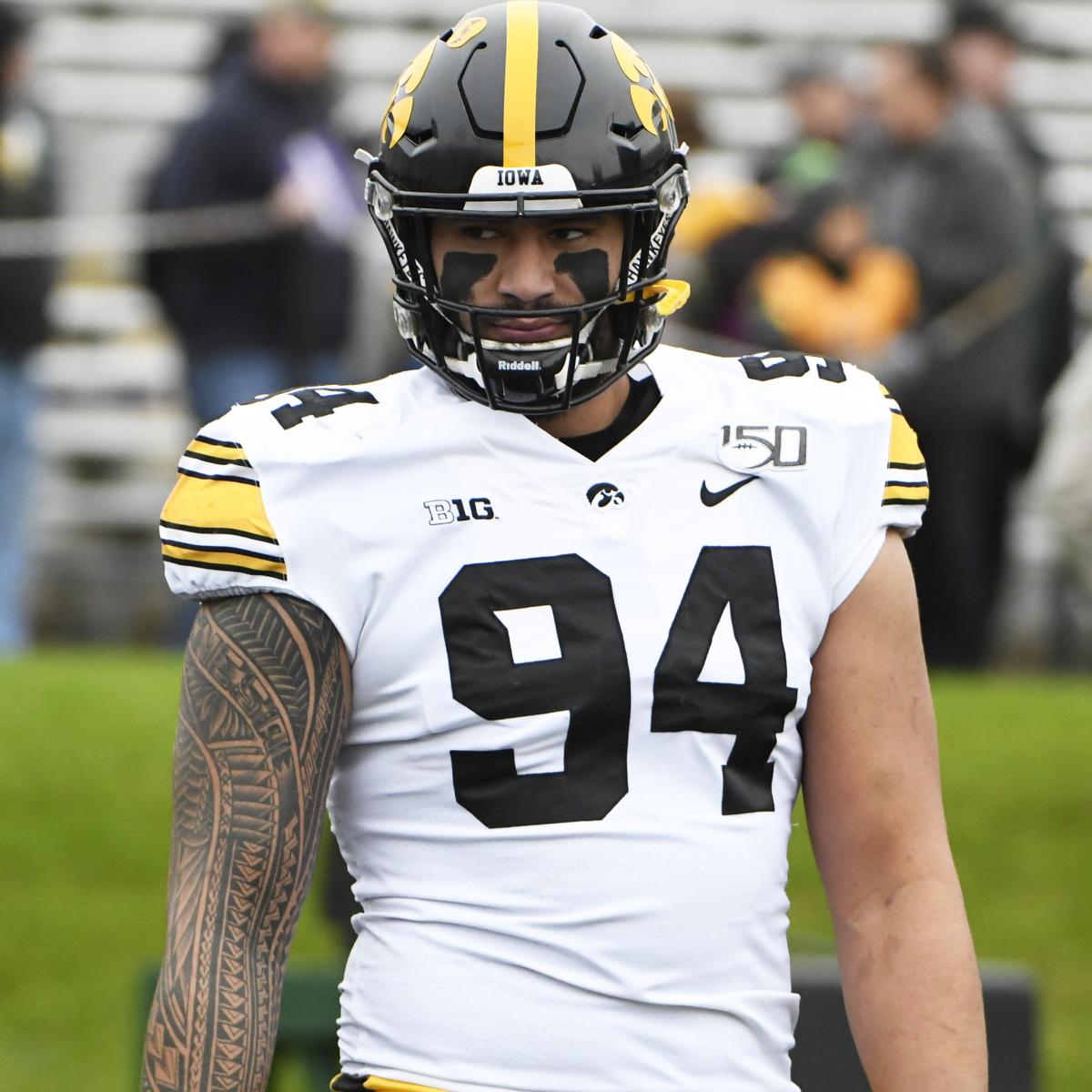 Edge rushers seemingly become more important with each passing year in the NFL, and one of the best in all of college football is headed to the pro ranks.

Epenesa appeared destined for the next level before he even reached college. He arrived at Iowa as a 5-star recruit and the No. 1 strong-side defensive end in the class of 2017, per 247Sports’ composite rankings, with sky-high expectations for a program that isn’t always in the running for 5-star players.

He made an immediate impact with 4.5 sacks as a freshman but made an NFL-like leap from his first to second year in the Big Ten.

A.J. Epenesa had one of those have-a-day kind of days in Week 12. Relive the @HawkeyeFootball star DE’s big-time plays below. https://t.co/x8TZjq4kPO

The Big Ten named him Defensive Player of the Week during a November win over previously undefeated Minnesota when he finished with 2.5 sacks and a forced fumble. His combination of power and athleticism was on full display, and it wasn’t difficult to envision the 6’6″ and 280-pound pass-rusher wrecking opposing game plans at the next level.

Bleacher Report’s Matt Miller ranked Epenesa as the No. 12 overall player and No. 2 edge rusher behind only Ohio State’s Chase Young on his big board in November. Miller also deemed Epenesa as having the best power among all edge rushers.

That power allows the Iowa product to bull rush his way to the quarterback and break free of blocks to help stuff the rushing attack. He also has solid burst for his size and is a threat to knock the ball loose with every sack.

Epenesa figures to be someone who can slide into a pass-rush rotation right away and make quarterbacks uncomfortable on passing downs. It wouldn’t be a surprise to hear his name called in the first round come draft day.