Pelicans’ Brandon Ingram Will Not Play vs. Pistons Because of Knee Injury

Pelicans’ Brandon Ingram Will Not Play vs. Pistons Because of Knee Injury 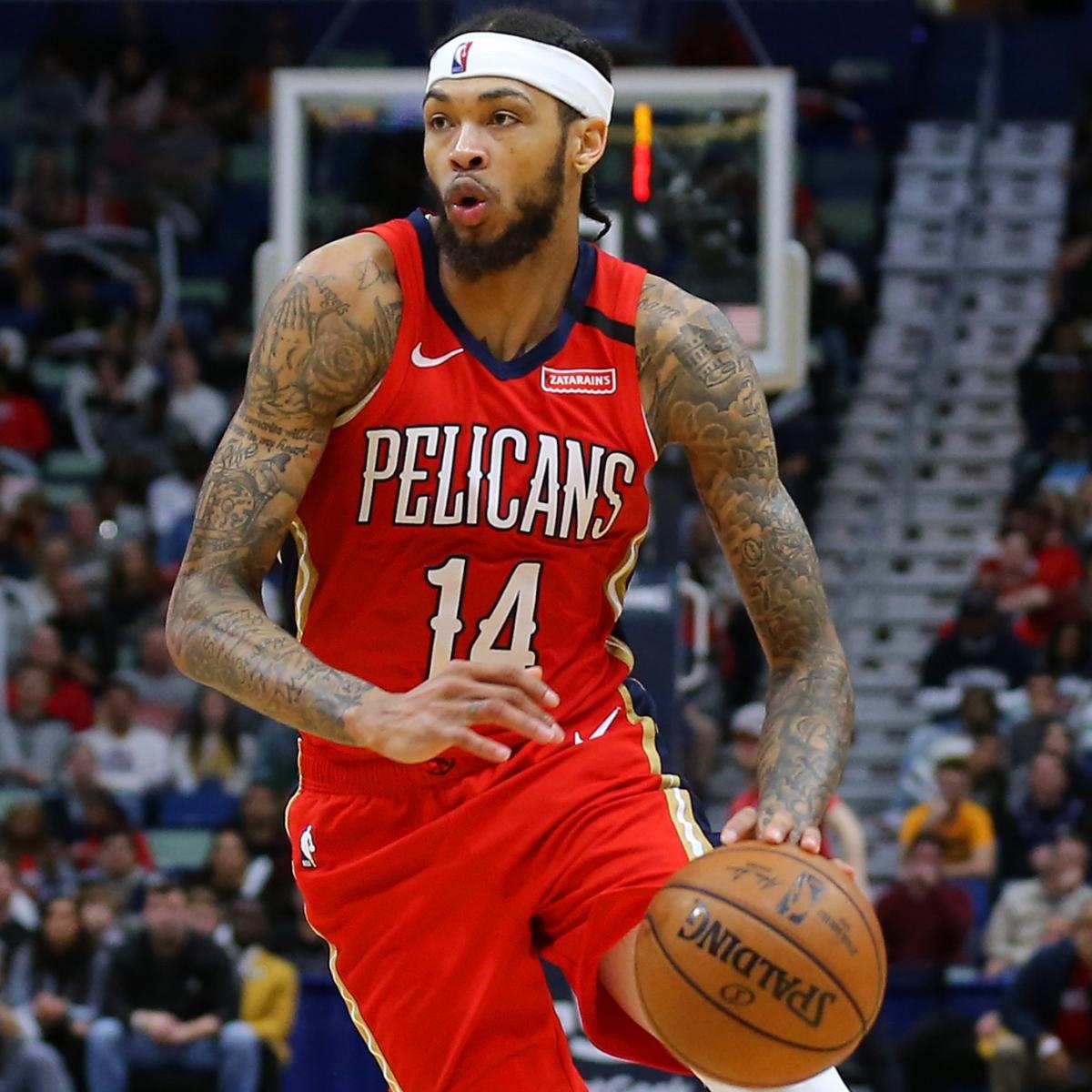 New Orleans Pelicans forward Brandon Ingram will not play in Monday night’s game against the Detroit Pistons because of right knee soreness.

Derrick Favors (right hamstring strain) and Jrue Holiday (left elbow contusion) have also been ruled out due to injuries.

Ingram has enjoyed a breakout season in New Orleans after three seasons with the Los Angeles Lakers, who drafted him second overall in 2016.

The former Duke star has become the Pels’ top scorer in part because of significant improvement from beyond the three-point arc, where he’s shooting 40.7 percent compared to 33.8 percent in his first three years.

While New Orleans has been on the losing end of games more often than not, the Pels have weathered significant injuries, including a torn meniscus for potential NBA superstar Zion Williamson.

The forward’s progress is a welcome sight after deep vein thrombosis in his arm prematurely ended his final season in Los Angeles. Ingram missed the final few months of the 2018-19 season before the Lakers traded him to the Pels as part of the blockbuster Anthony Davis deal.

Groin, neck and ankle injuries also kept him out for various periods of time earlier in his career.

Hopefully, Ingram returns as soon as possible to continue his rapid ascent. Until then, the Pels must go on without their top scorer.

Kenrich Williams entered the starting lineup for Ingram during his four-game absence last time, and that figures to be the case once again. The 25-year-old forward out of TCU has averaged 3.8 points and 5.1 rebounds in 22.3 minutes per game.