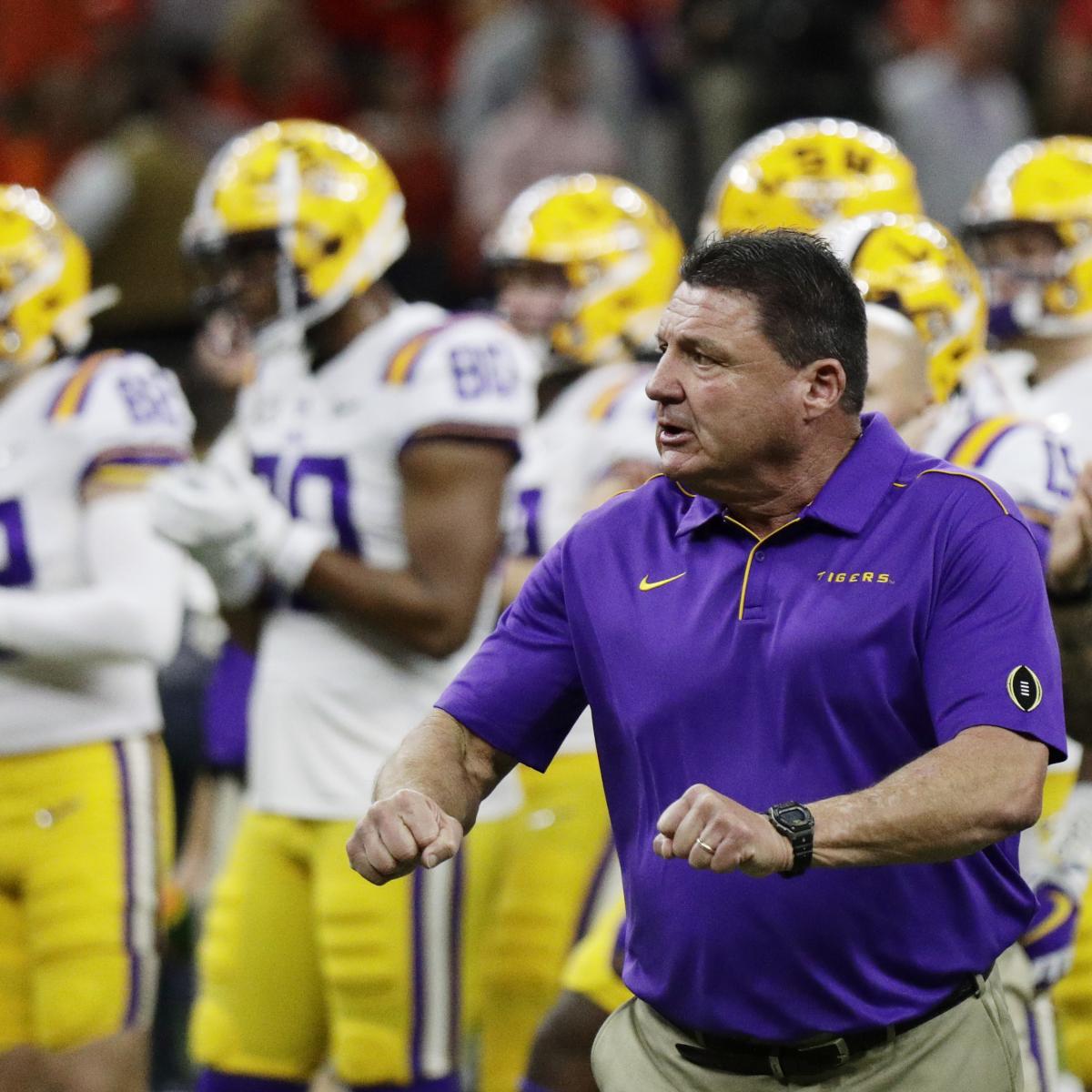 As SB Nation shared, the ESPN broadcast of the game noted Orgeron accidentally cut himself with a punch while attempting to hype up his players at practice:

According to the broadcast, Ed Orgeron got that cut because he punched himself trying to hype up the players during practice. lmao https://t.co/YD5UnJvkCW