The NBA is considering its own FA Cup. The results may not be pretty

The NBA is considering its own FA Cup. The results may not be pretty 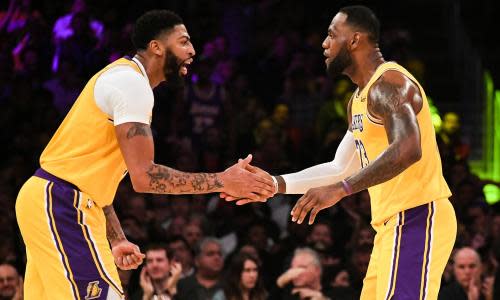 The NBA is reportedly considering a new tournament, staged during November, as a way of juicing up what is generally considered a long, slow ramp to the NBA finals, when basketball commands national attention. A single-elimination tournament – the NBA’s equivalent of English soccer’s FA Cup – would in theory attract casual fans during the otherwise inessential early part of the league calendar, and would allow the NBA to compete for viewers during the heart of the NFL regular season.

This is a theory worth approaching with skepticism. For one thing, the league will have to come up with something creative in order to get teams and players to care about a tournament staged 15 games into an 82-game regular season. An intense midseason tournament, held months before the start of the playoffs, is a lot of work to add to the schedule of NBA players in the load-management era, when the benefits of time off are better understood and more rigorously pursued than ever before. Without directly affecting the championship picture, a midseason tournament would and should be treated as a series of pointless exhibitions and an unwelcome addition to the workloads of exactly those players whose exploits are supposed to be driving the league’s popularity in the first place.

An obvious-seeming solution would be to give added weight to tournament results in the playoff picture, so that teams who perform well in the tournament would have a leg up in seeding. Apart from being just messy and unwieldy – it’s anyone’s guess how that would look in the standings, to say nothing of the conflict caused by teams playing an unequal number of qualifying games – a move to raise the significance of tournament games will by definition lower the importance of non-tournament games. Since the entire point of the exercise is to infuse the regular season with fresh intrigue, tanking the value of 82 games in order to juice up two weeks of November basketball seems like a definite non-starter. It’s probably not a coincidence that the NBA commissioner, Adam Silver, has also made noise recently about shortening the number of games in the regular season. But doing so while simultaneously reducing their value would only serve to reinforce the relative unimportance of many regular season games.

Another idea reportedly being explored is rewarding top tournament teams with prized first-round draft picks, but that, too, doesn’t stand up to much scrutiny. For one thing, adding draft slots to the first round would not suddenly increase the number of top-tier prospects available in a given draft. Allowing the tournament’s winner or top finishers to bump teams all the way out of the first round by effectively usurping their draft position is an interesting thought, but calibrating that exchange in such a way that it doesn’t disproportionately punish one or two (or three) teams whose bad injury luck corresponded with one brief stretch of early-season basketball will be a challenge. More importantly, as with so many ideas for rewarding on-court performance with draft positioning, the NBA will be asking veterans to compete to provide their employer with a younger player who could one day replace them. Professional athletes are not usually incentivized by the opportunity to be dumped for someone younger and cheaper, nor by the chance to replace one of their teammates with a teenager.

So figuring out a way to make a midseason single-elimination tournament not just an Indian summer-esque return to preseason slop will take some doing. The why is at least as interesting as the how – the NBA is generally understood to be experiencing an upswing in popularity, so why would Silver and the league’s owners be investigating such a dramatic change? For one thing, there’s reason to believe the league isn’t quite so healthy as it seems. Sports Business Daily reported on Tuesday that the NBA’s television ratings are down overall, and alarmingly so for national broadcasts on TNT and ESPN, where viewership has fallen by more than 20% from last season. And then there is the ongoing trouble in China, where the Houston Rockets games are still banned by Chinese media giant Tencent, and where the relationship between the league and the Chinese government is still reportedly frosty. One NBA agent told Hoops Hype in October that a hit to the league’s revenue is anticipated; Yahoo Sports reported that at least five NBA teams worked up contingency plans for a potential future where the China situation knocks up to 15% off of salary cap figures. And that was all back when there was still an outside shot at a quick and mutually satisfactory resolution.

The NBA is in no danger of suddenly becoming unprofitable, and it’s possible the drive to remake the regular season sprang organically from Silver’s penchant for zany exploration, long before recent troubles with authoritarian foreign governments and cable-cutters started chipping away at the league’s business. And all cosmic-brained dreams of radical rejiggering are ultimately subject to collective bargaining, which means all of this may go exactly nowhere. But while the idea is being floated, it’s worth casting a skeptical eye on any razzle-dazzle that can offer no greater justification for its existence than that the NBA is hungry for more eyeballs. Zion Williamson is hurt; LeBron James, Kawhi Leonard, and Paul George all moved west and now play in the late broadcast window; the Knicks are irretrievably broken; half the league is in one crippled condition or another. If enthusiasm is lagging, it’s not hard to construct a solid theory of why. To the extent that anything out of the ordinary especially ails the NBA, the solution isn’t likely to be found by monkeying with what isn’t broken.