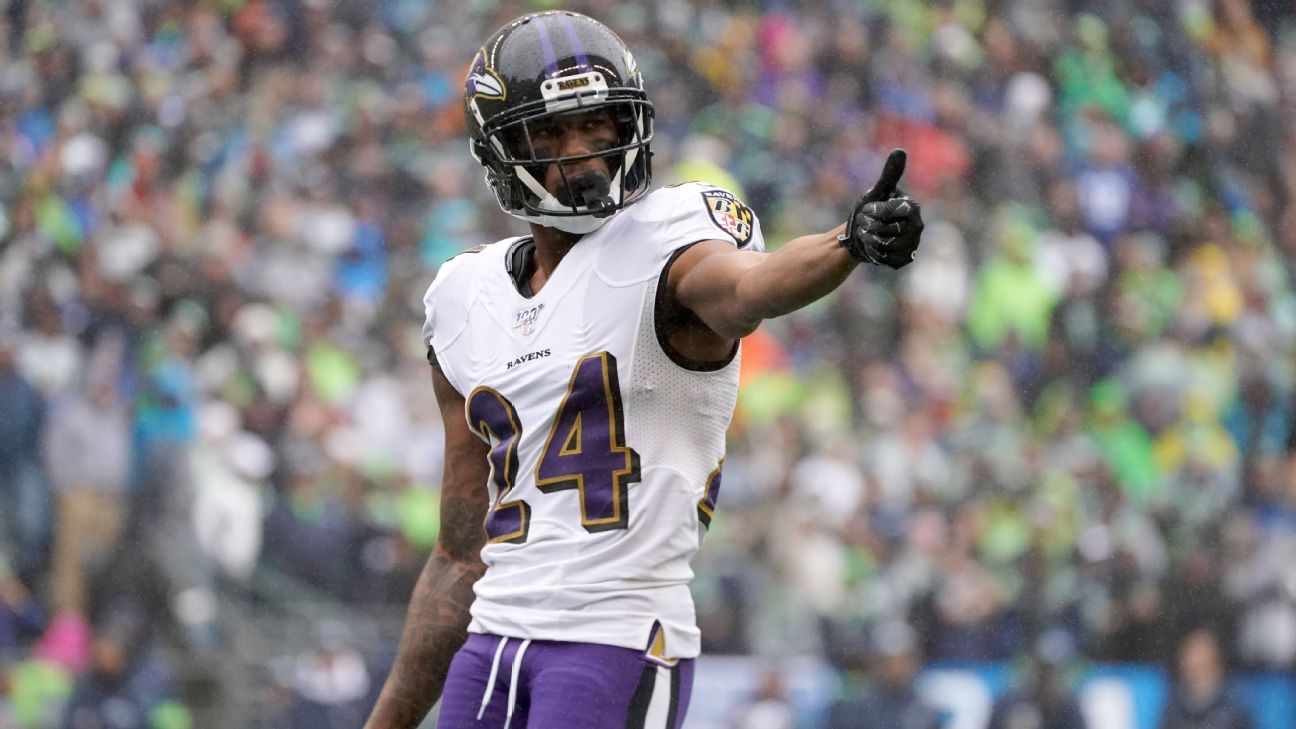 On Sunday, Peters picked off Cincinnati Bengals rookie quarterback Ryan Finley and returned the interception 89 yards for a touchdown. Peters’ seventh defensive touchdown since entering the NFL in 2015 – the most in the league over that span – put Baltimore ahead 28-3 in the second quarter.

Peters is the first player since William Gay in 2014 with three interception returns for touchdowns in a single season, according to ESPN Stats & Information. The single-season record is four, which is held by Eric Allen, Ken Houston and Jim Kearney.

This marked Peters’ second pick-six in his third game with Baltimore. He’s the fifth player in Ravens history with multiple interception returns for touchdowns, and the first since Ed Reed in 2008.