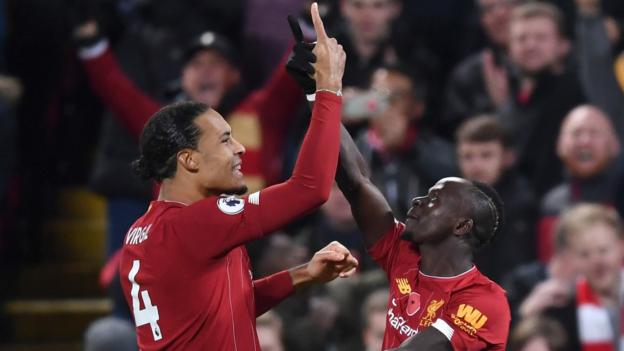 Fabinho’s brilliant strike gave Liverpool a sixth-minute lead, but City were convinced they should have had a penalty seconds earlier for a handball by Trent Alexander-Arnold.

Mohamed Salah quickly doubled the lead, and Sadio Mane added a third with a diving header after half-time.

Bernardo Silva pulled a goal back, but City are now nine points off the pace.