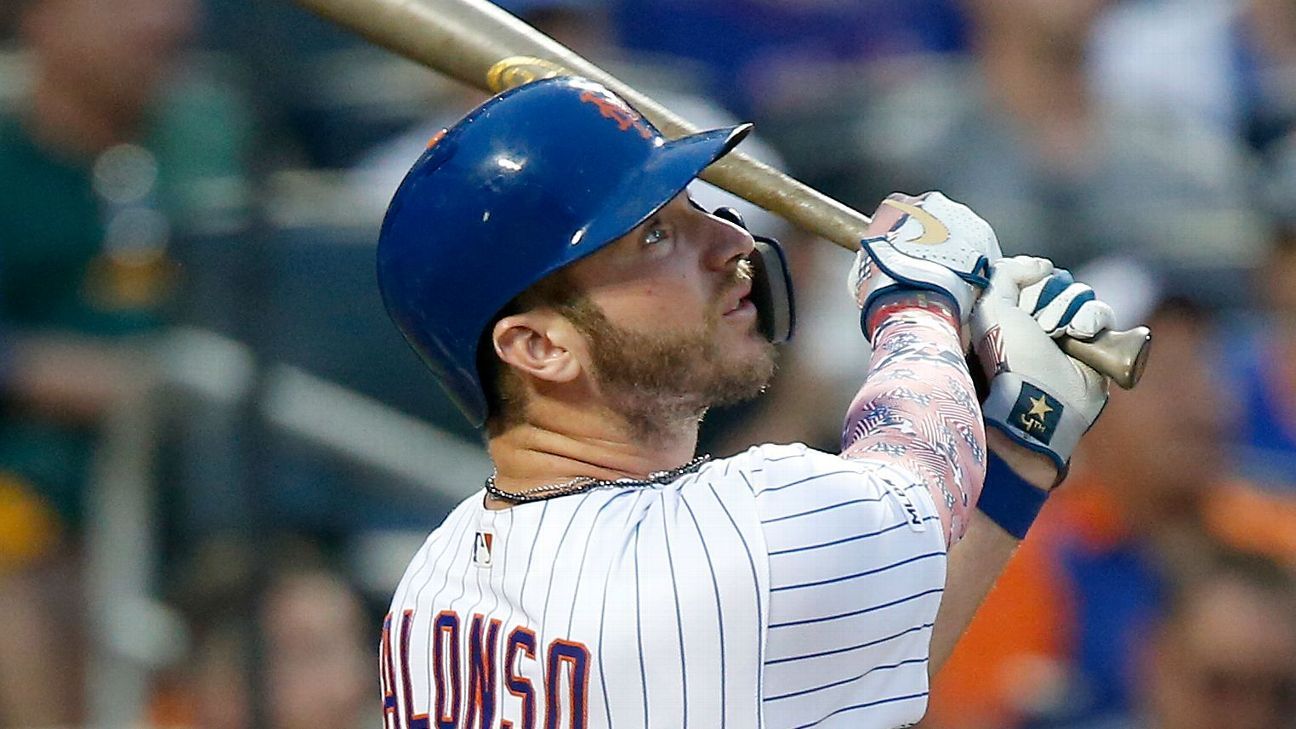 New York Mets first baseman Pete Alonso, ready to play in the All-Star Game on Tuesday night in Cleveland, has set the National League rookie record with 68 RBIs before the break.

He hit his 30th home run of the season Sunday in an 8-3 loss to the Philadelphia Phillies, driving in two runs with the shot, to set the mark.

His 30 home runs are tied for the second-most by a rookie in major league history before the All-Star break. The New York Yankees‘ Aaron Judge also hit 30 in 2017. Mark McGwire holds the major league record, with 33 for the Oakland Athletics in 1987 before the break.