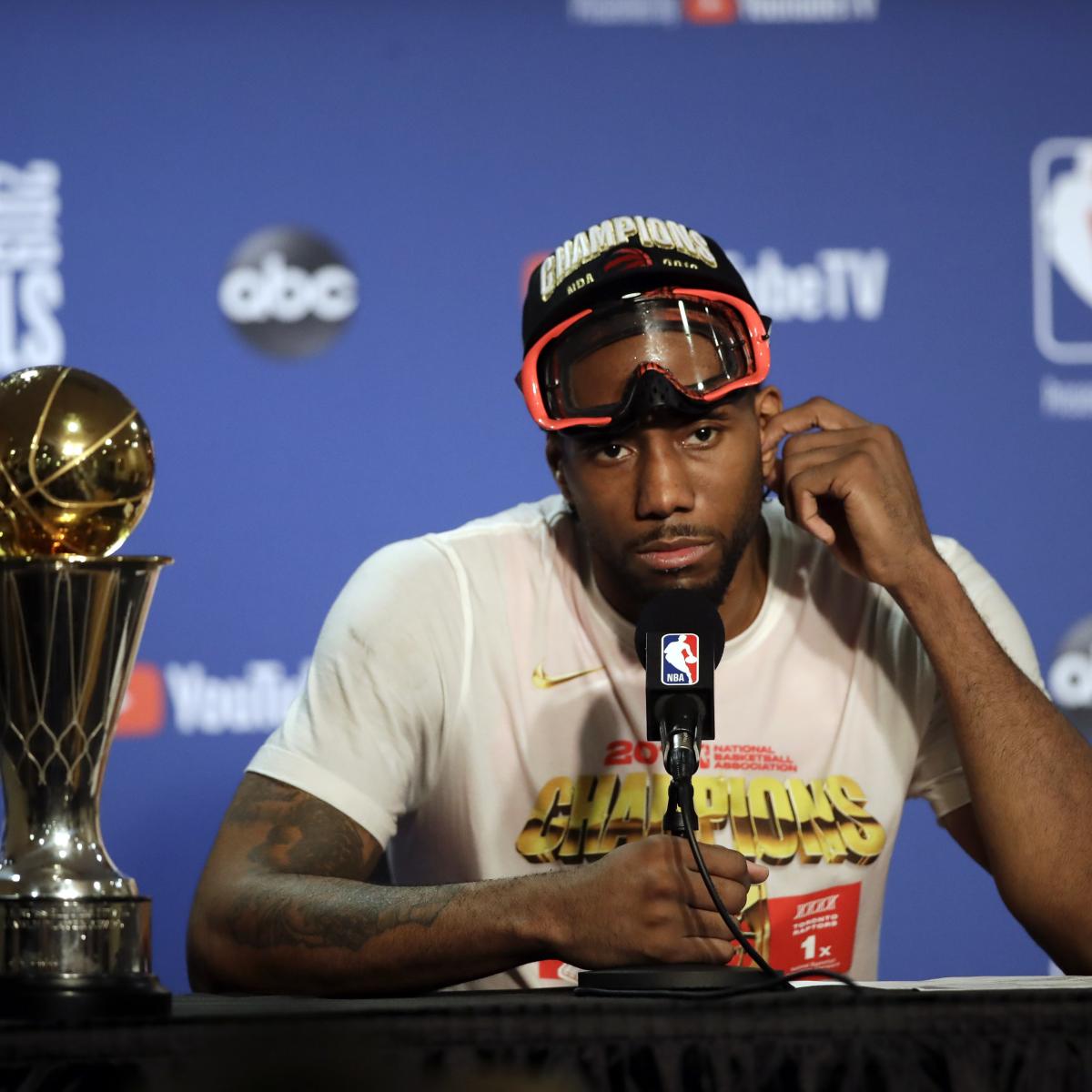 LOS ANGELES — The first night of NBA free agency overflowed with blockbuster deals. One by one, top names came off the board like Kyrie Irving, Kemba Walker, Kevin Durant and Jimmy Butler (assuming the sign-and-trade to Miami eventually goes through). Not a peep out of Los Angeles on the Lakers.

Word that D’Angelo Russell would sign (via trade) with the Golden State Warriors erased the Lakers’ backup plan. At this point, it’s Kawhi Leonard or nothing.

The Lakers are playing a high-stakes game of poker. They could have tried to go all-in on Russell or any of the other big names, but they held their cards, hoping that Leonard will choose to leave the defending NBA champion Toronto Raptors for Los Angeles.

And not just L.A., but the Lakers. Not to the Clippers, the other local team that is in the very same boat. The Clippers hoped to pair another star free agent with Leonard but didn’t get a commitment from Durant, Butler or Al Horford. The Lakers already have their two stars in LeBron James and Anthony Davis (coming via a pending trade with the New Orleans Pelicans).

“Kawhi Leonard will not take any meeting with teams today, as he’ll ramp up the process over the next couple of days,” Chris Haynes of Yahoo Sports tweeted.

A couple of days? Tuesday? Will the Lakers have any viable free agents to choose from by then?

George Hill is returning to the Milwaukee Bucks. Trevor Ariza is already headed to the Sacramento Kings, and so is Dewayne Dedmon. DeAndre Jordan will join Durant and Irving in Brooklyn with the Nets. Taj Gibson will play for the New York Knicks, JJ Redick the New Orleans Pelicans, and Terrence Ross is staying with the Orlando Magic.

The Lakers’ potential wish list of players is quickly shrinking.

Now if they land Leonard, who cares? They’d immediately be the instant favorite for the NBA title. The Lakers have already made a leap on paper, even with just three players on the roster (Kyle Kuzma, James and Davis). With Leonard, Los Angeles could easily flesh out the rest of their roster with their $4.8 million room exception and minimum players to win 60 games.

Some of those names would be tremendous additions alongside Leonard, but three or four individual signings won’t near what the NBA Finals Most Valuable Player would mean on his own to the Lakers.

Per Tania Ganguli and Broderick Turner of the Los Angeles Times, “Magic Johnson spoke with Leonard and his uncle, Dennis Robertson, on Sunday. … They had a positive conversation about the direction of the Lakers.”

The story went on to note that Johnson’s “perspective matters to Leonard.”

That’s an interesting wrinkle, given Johnson abruptly resigned from his position in the team’s front office on the final day of the regular season. He has since gone on national television blasting the franchise and general manager Rob Pelinka.

Perhaps Leonard is concerned about joining a dysfunctional front office and needs to understand why Johnson left. Naturally, Johnson is going to do whatever he can to get Leonard to come to the Lakers. Despite how his tenure ended, Johnson is still close with owner Jeanie Buss and has vowed multiple times to support the team in any way he can.

Johnson would also get some credit, retroactively, for his rebuild of the Lakers leading to the All-Star triumvirate of Leonard, Davis and James. He’s a natural salesman, but to date, it’s unclear if Leonard is buying.

The Clippers can offer Doc Rivers, Jerry West and Steve Ballmer along with Lou Williams, Montrezl Harrell and Shai Gilgeous-Alexander, provided Leonard wants to return to Los Angeles area where he grew up. Or perhaps he’ll stay with the Raptors and president of basketball operations Masai Ujiri.

“The Raptors need to show a further willingness to spend,” one executive said.

Toronto was one of five taxpayers this past season, hit with a $25.2 million penalty. Even without Leonard, the team has roughly $111 million in players invested in nine players. Pencil in $15 million for Green and $32.7 million for Leonard, and the team would be back in the tax at $158.4 million for just 11.

Keep an eye on Green over the next “couple of days” while Leonard decides his fate. If the Raptors lose Green, Leonard’s teammate dating back to their days with the champion San Antonio Spurs, perhaps Leonard will decide it’s time to head home to Los Angeles. Maybe even to the Lakers.