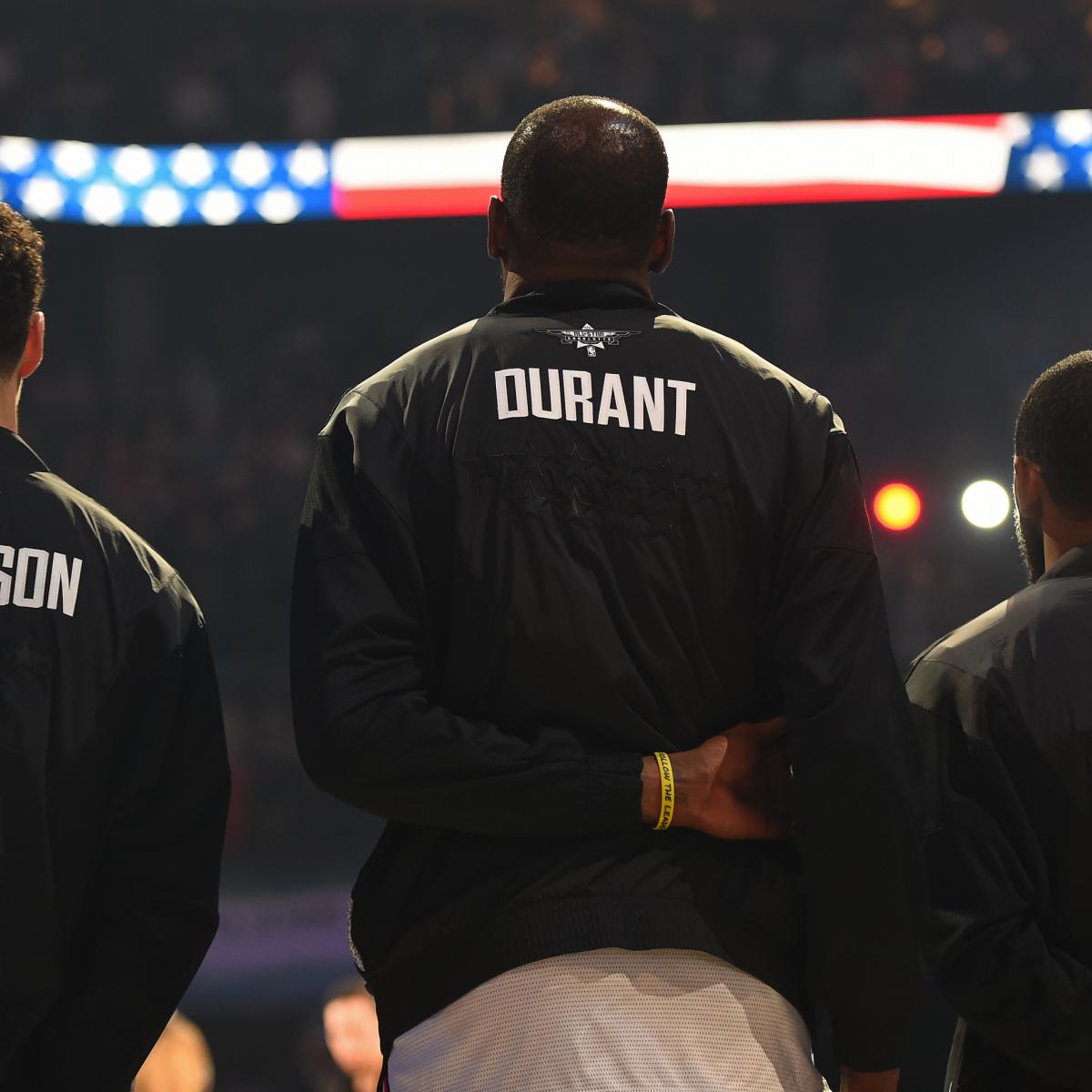 Spending in the NBA eclipsed $3 billion on the opening day of free agency, according to Jeff Siegel of Early Bird Rights.

Siegel noted Jamal Murray’s rookie extension moved the needle past that benchmark. Shams Charania of The Athletic and Stadium reported the Denver Nuggets agreed to a five-year, $170 million extension with the third-year point guard.

Wojnarowski also reported on two of the biggest free-agent dominoes to fall. Kevin Durant agreed to a four-year, $164 million contract with the Brooklyn Nets, and Kyrie Irving will sign a four-year, $141 million deal with Brooklyn. However, Wojnarowski followed up to report Durant and Irving “are taking less than the max” to help facilitate DeAndre Jordan’s four-year, $40 million offer from the Nets.

The spending frenzy is bound to wind down in the days ahead since most of the biggest pieces are spoken for.

Kawhi Leonard is the most notable star still on the market. Yahoo Sports’ Chris Haynes reported Leonard didn’t meet with any teams Sunday and “will look to ramp up the process over the next couple of days.”

The Toronto Raptors can offer Leonard a five-year, $190 million max, while other teams are eligible to offer up to $141 million over four years.