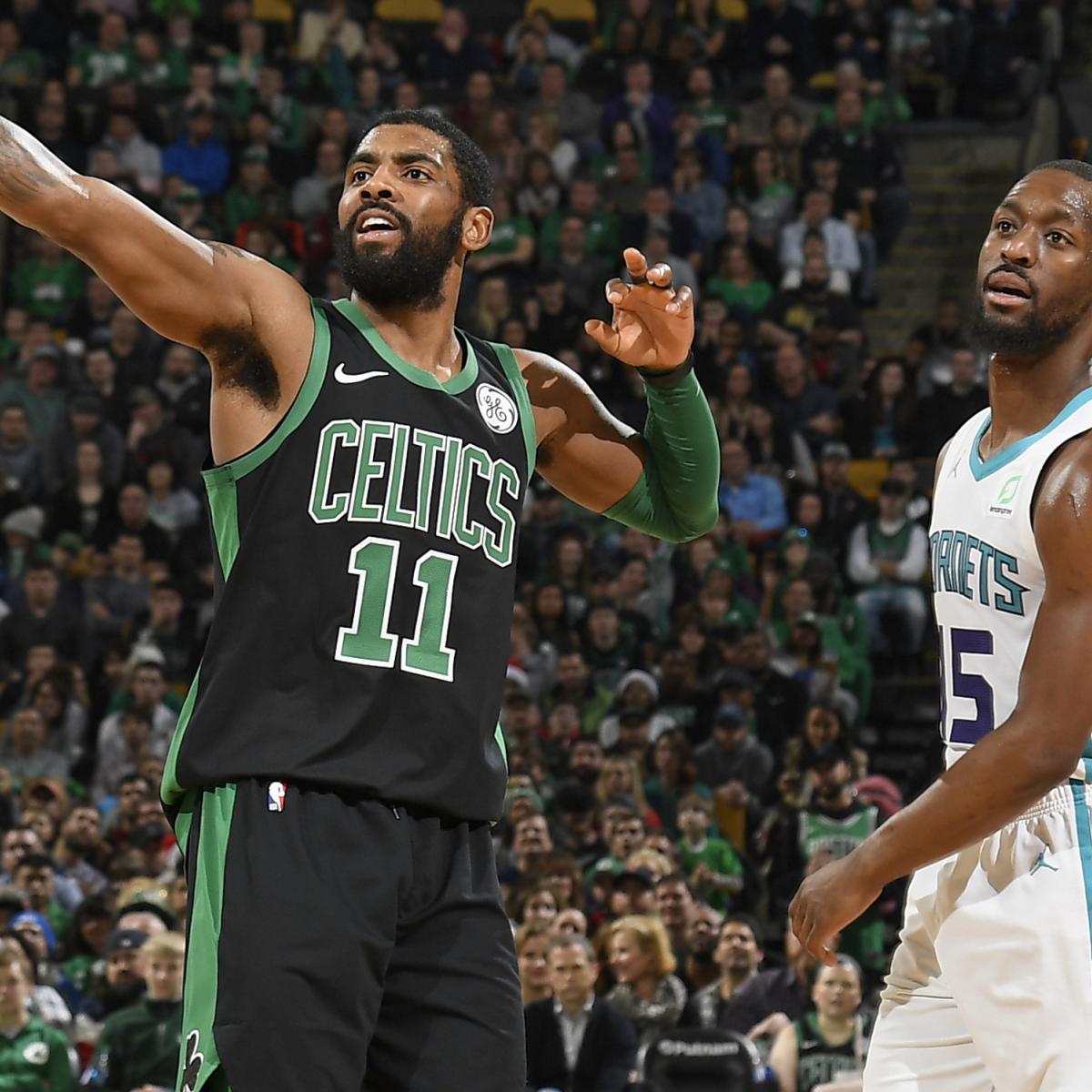 NBA fanatics, feel free to clear your schedule for at least the next week.

This is silly season in the hoops world, as history has taught us time and again of the radical powers of free agency.

A single signing or two can transform title hopefuls into full-fledged contenders or hopeless pretenders. The temptation is impossible to resist, but the risks are as significant as the potential rewards⁠—if not more so.

Given what’s at stake, the NBA predictably dominates the news cycle leading up to free agency. Here’s the latest buzz on some notable free agents, along with predictions on where they might land.

Despite adding two point guards on draft night, the Boston Celtics might just be getting started with their offseason overhaul of the position.

Kyrie Irving is not only heading to free agency, he’s sending signals that he’ll be going elsewhere. Terry Rozier is hoping to find a starting gig in free agency. After watching him fail to shoot 40 percent in any of his first four NBA seasons, Boston might have real reservations about handing him the keys to its offense.

The Celtics, of course, can look outside the organization, as Al Horford‘s expected departure has unexpectedly increased their spending power. Armed with this new flexibility, the Celtics have joined the Dallas Mavericks “at the front of the line that will be trying to lure Kemba Walker away from Charlotte,” league sources told Marc Stein of the New York Times.

Walker would be an intriguing pivot away from Irving. While he’s a little older and a bit less talented, Walker is also less volatile in the locker room. He’s similarly skilled as far as being able to contribute as a featured scorer, primary playmaker and/or spot-up sniper.

This probably all hinges on the Charlotte Hornets, though. If they throw major money at Walker, their all-time leading scorer, he probably stays. But if they try pinching pennies, he’s likely out the door in search of the on-court assistance he has lacked over his eight-year tenure with the team.

Prediction: Walker signs a near-max deal to stay in Charlotte.

The Houston Rockets are making another push for All-Star swingman Jimmy Butler.

Back in October, when Butler was engineering a messy split from the Minnesota Timberwolves, the Rockets made a daring offer to win the sweepstakes. They put four first-rounders on the table, per ESPN’s Adrian Wojnarowski, only to watch the Philadelphia 76ers later land him with more of a win-now package.

“Once free agency starts on Sunday, the Rockets are planning to recruit Jimmy Butler to push the Philadelphia 76ers for a sign-and-trade deal that would allow the All-Star forward to join James Harden and Chris Paul in Houston,” sources told Wojnarowski.

The Rockets are probably a long shot. They don’t have the space to sign Butler, so they’d need assistance from his current club, which is expected to offer him the max. Unless Butler is a huge Harden fan or just desperate to return to his home state, it’s hard to tell what the Rockets can give him that the Sixers could not.

If Philly puts the full five-year, $190 million offer on the table, Houston would have a hard time countering. The Rockets can’t give him more than $140 million over four years.

Prediction: Butler gets the full max from Philly.

Bobby Portis must be seeing dollar signs in his sleep.

According to The Athletic’s Tony Jones and Fred Katz, the 24-year-old forward is hoping to collect upward of $16 million annually on his next contract. Should he snag a “huge offer sheet,” the Washington Wizards are expected to let him walk.

Portis is an interesting player, probably now more than ever coming off his best season as a perimeter shooter (39.3 percent). He’s a high-level contributor as a scorer (career 18.2 points per 36 minutes) and rebounder (10.9 per 36), and he can be an instant-energy source off the second team.

That said, nothing about him suggests he’s worth a contract that steep. He has nearly as many career turnovers (268) as assists (282). He has graded above replacement-level once in four seasons. In 2018-19, he ranked 76th among 94 power forwards in ESPN.com’s real plus-minus.

The Wizards might want to keep him at a reasonable cost, but that number could be lower than he thinks. After all, they just invested the ninth overall pick in another power forward, Gonzaga’s Rui Hachimura.

If Portis can find anything close to what he wants, he’s as good as gone.