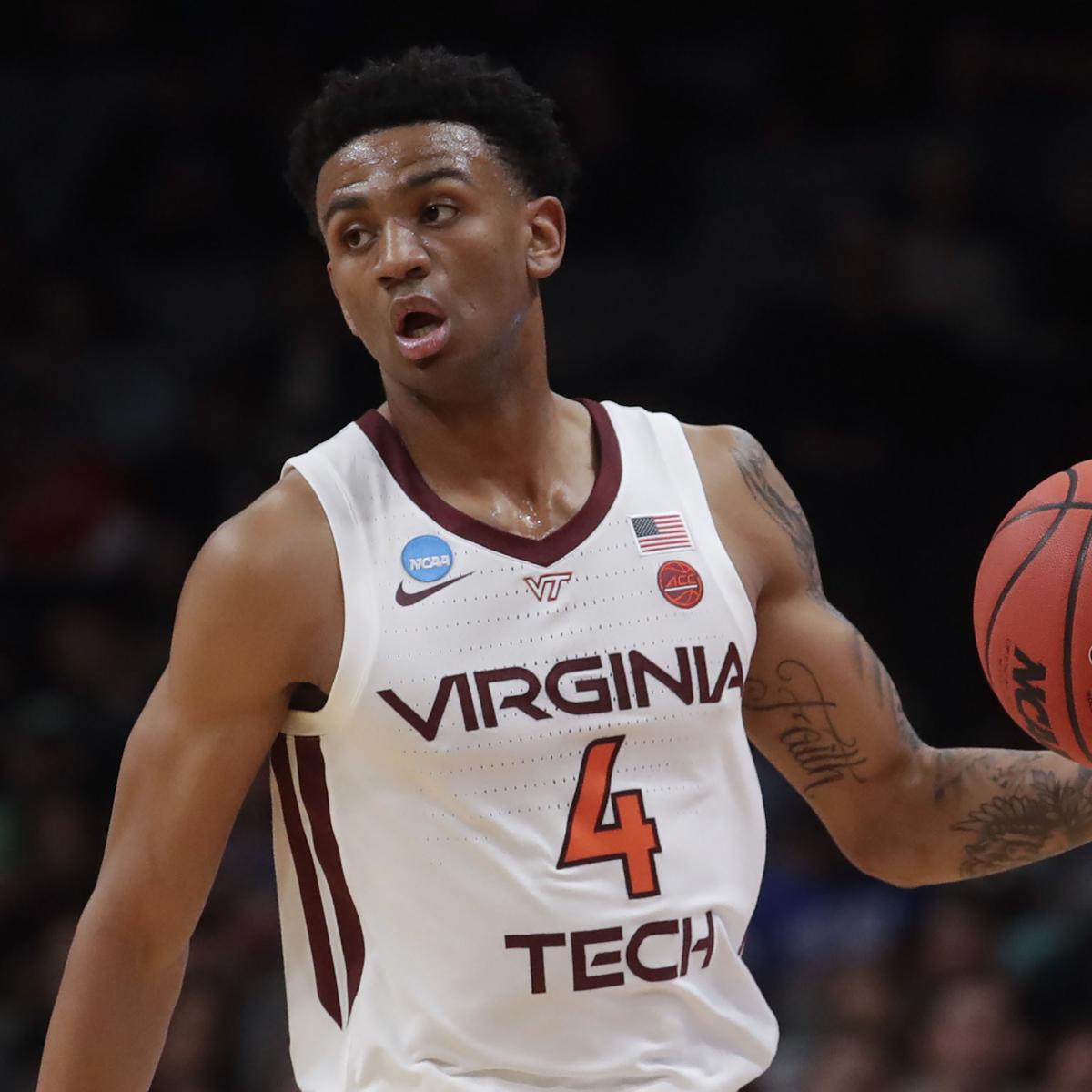 The New Orleans Pelicans have selected Nickeil Alexander-Walker with the No. 17 pick of the 2019 NBA draft. New Orleans acquired this pick earlier Thursday as part of a trade with the Atlanta Hawks.

Alexander-Walker turned a corner as a sophomore, returning to Virginia Tech as a more skilled offensive player and tougher defender. Mostly a spot-up player as a freshman, he emerged as an initiator and the Hokies’ point guard when senior Justin Robinson went down with an injury. Alexander-Walker still projects as a combo guard who’ll have to answer some questions about his skinny frame and lack of explosiveness.

At 6’5½ with a 6’9½” wingspan, Alexander-Walker has good size and length for either guard spot. He split time working on and off the ball this past season. He’s a dual threat as a pick-and-roll ball-handler, able to make passes off the screens (4.0 assists per game), pull up in space or slice to the basket for layups. Alexander-Walker also ranked in the 82nd percentile out of spot-ups. He shot at least 37.0 percent from three in each of his two seasons at Virginia Tech.

Alexander-Walker lacks strength and explosiveness. He gets bumped off track when driving or finishing. He shot 52.4 percent around the basket. He’s also far more effective working off ball screens, as he struggles to create his own offense without them (8-of-25 in isolation). Alexander-Walker’s efficiency took a notable dip against conference opponents (42.5 percent shooting, 3.2 turnovers per game).

With long arms and quick hands, Alexander-Walker averaged 1.9 steals per game. He does a nice job moving his feet and anticipating. He should be good to defend point guards while continuing to make plays on the ball. Defending wings will be more challenging, as Alexander-Walker isn’t a physical or strong player.

Alexander-Walker figures to have a chance at playing time as a rookie because of his versatility at both ends. He can be used in different ways, either to create or stretch the floor as a catch-and-shoot weapon. However, it wouldn’t be surprising if he didn’t shoot all that well. He’ll need multiple seasons to add enough muscle and polish as a pull-up threat (35.9 percent). Expect an up-and-down first season.

Alexander-Walker doesn’t posses the athleticism or advanced scoring skills to project star potential. However, he can be a solid starter as a complementary scorer and secondary playmaker like Caris LeVert. At worst, he’ll come off the bench as a reserve who can play backup point guard or make shots from the wings and corners.