NBA Combine 2019: Players Who Will Help Themselves in 5-on-5 Scrimmages 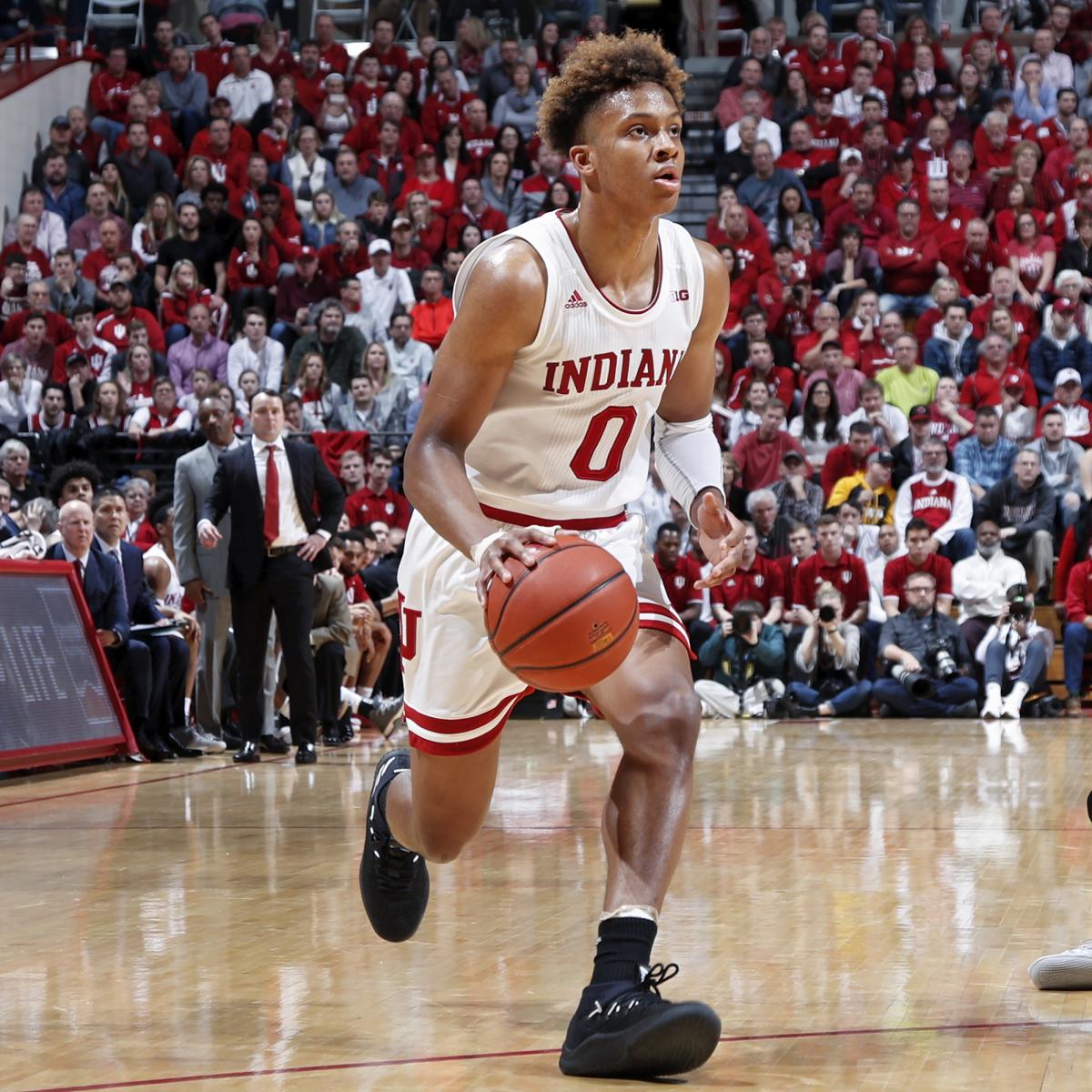 Now that the dust has settled on the NBA draft lottery and teams know what picks they’ll have come June 20, all the attention will now be on the prospects scheduled to participate in the draft combine.

This year, the two-day event will be held at Chicago’s Quest Multisport on Thursday, May 16 and Friday, May 17 and will be televised on ESPN2 from 3 to 7 p.m. ET.

Scouts and coaches will use the measurements (height with and without shoes, weight, reach and wingspan), physicals, agility, strength and shooting drills to form their opinion of players, but it’s the five-on-five scrimmages that will play a major part of their overall evaluations of the 66 players that will be in attendance.

This is where some of the lesser known or on-the-bubble NBA hopefuls can significantly raise their draft stock with a strong showing.

Last year, Kevin Huerter went from being a borderline prospect unsure of whether to stay in the draft or return to school to a legitimate first-round pick. He was later taken by the Atlanta Hawks at No. 19.

The Maryland standout’s success will likely be a blueprint for a number of players hoping to garner a buzz with analysts in the Windy City.

Here’s a brief look at players who could make that happen.

Romeo Langford’s freshman season at Indiana didn’t live up to the hype the 6’6″ guard had coming out of New Albany High School, where he was ranked No. 7 nationally by 247sports and was the No. 2 shooting guard in the class of 2018.

As a 5-star prospect, Langford earned a spot on the McDonald’s All American roster and was projected to be an early lottery pick.

But after a less-than-stellar year in Bloomington, where he averaged 16.5 points and 5.4 rebounds per game, he’s been relegated to a late lottery pick or lower.

If the former Indiana Mr. Basketball can show that he’s fully recovered from his hand injury by shooting well out of the pick-and-roll and connecting at a high clip from long range, he could recapture some of that preseason hype.

Most of the teams are looking for versatility and shot creators, so if Langford can reintroduce his elite scoring package, athleticism, rebounding and defensive acumen to the NBA folks in Chicago while going head-to-head against top stars, he could leave with an improved position on mock drafts heading into June.

Quentin Grimes will be an interesting test case this week. By most accounts, he shouldn’t be dipping his toe into the draft pool after an underwhelming first year at Kansas.

Grimes was supposed to be a prolific combo guard who could light it up and explode to the rack in transition.

The 6’5″ phenom only averaged 8.4 points per outing for the Jayhawks in what could only be described as an up-and-down season.

NBA teams will likely still covet his strength, athleticism and physicality, but they’d also be taking a big chance that he’ll continue to develop and catch up to the lofty expectations heaped on him coming out of College Park High School in Texas.

“When we recruited Quentin we knew the chances would be great for him to have the opportunity to declare for this upcoming NBA draft,” Kansas head coach Bill Self said in a statement, per The Kansas City Star. “Quentin started every game for us and was a key performer in the success we had this past year.

“As a freshman he went through some highs and lows that, no doubt, will be great preparation for him moving forward.”

The Atlanta Hawks brought in Grimes for a predraft workout last week, so he’s drawing some interest for his upside and could garner interest from more teams if he plays well in scrimmage games.

Grimes is a great passer and has solid instincts as a rebounder and defender, so if he shows enough of those skills when it counts, he could have a chance to ensure he’ll get taken in the draft.

Unless otherwise indicated, all stats are from Basketball Reference or NBA.com.