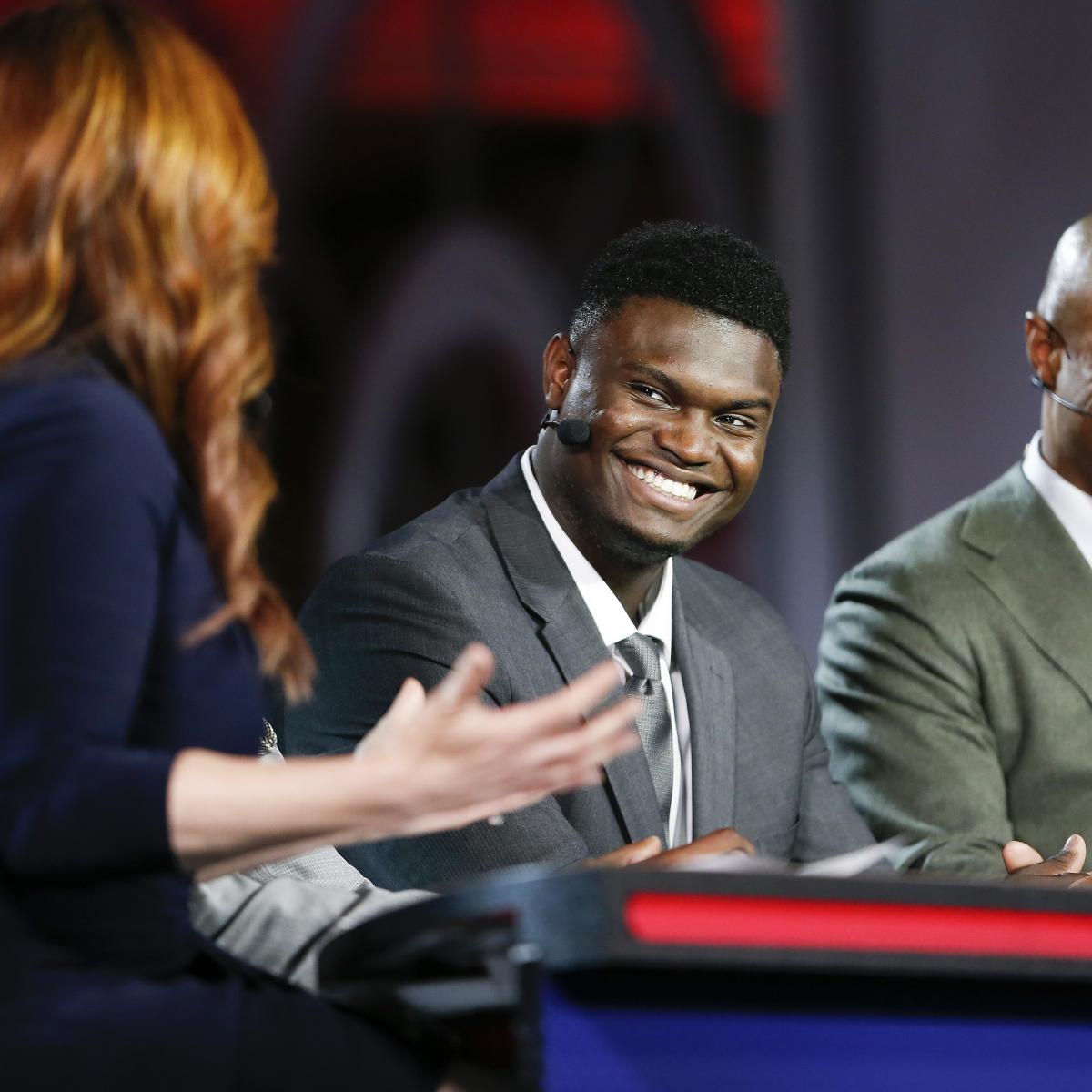 Zion Williamson will likely hear his named called by the New Orleans Pelicans when that team selects first in the NBA Draft.Nuccio DiNuzzo/Associated Press

Zion Williamson set the college basketball world on its ear from the moment he played his first game of the season for Duke.

Now he’s going to have a chance to show off his talents for the New Orleans Pelicans.

Instead of the New York Knicks, Cleveland Cavaliers, Phoenix Suns or Chicago Bulls coming away with the No. 1 pick, the ping pong balls bounced the Pelicans’ way as they will select first in the NBA Draft June 20.

The NBA’s new lottery system has been designed to keep teams from tanking in order to improve their draft position. This is the first year that system was used, and it seems that it had the desired impact.  Only one of the bottom four finishers in the league has a position in the top four of the draft.

The moment the Pelicans found out they got the No. 1 pick … #NBADraftLottery https://t.co/kIsBYlvLpn

That’s the Knicks, who will pick third. The Memphis Grizzlies will have the second pick, while the Lakers will pick fourth

The Pelicans are the big winners, and new general manager is armed with a huge weapon to rebuild the team, and possibly entice Anthony Davis to remain in New Orleans.

Davis has been pushing for the team to trade him since January, and while potential trades were talked about at the trade deadline in February, he remained with the team.

The idea of Davis combining with Williamson could make the Pelicans a dangerous team. ESPN NBA insider Adrian Wojnarowski pointed out on the draft lottery broadcast that even if Griffin can’t convince Davis to remain with the team, he has a major piece to start New Orleans’ rebuilding process.

However, the idea of selecting anyone but the 6’7″, 285-pound Williamson—as long as he does not suffer a serious injury prior to the draft—is not realistic.

The Knicks and their fans were anticipating coming away with the No. 1 pick since they had the worst record in the league.

The idea of drafting Williamson was clearly their hope, and the New York Daily News played up the disappointment of not getting the top pick.

With the draft order set, experts and media outlets are checking in with their mock drafts. ESPN’s draft lottery panel has Williamson going No. 1 to the Pelicans, followed by Morant second to the Grizzlies, Barrett third to the Knick, Darius Garland fourth to the Lakers and De’Andre Hunter with the fifth choice to the Cavaliers.

NBA Draftroom had Williamson, Morant and Barrett going with the top three picks, followed by Jarrett Culver going fourth and Jaxson Hayes going to the Cavs with the fifth pick.

Here is a link to NBA Draftroom’s first-round mock draft.

The surprising results of the lottery is likely to lead to a change in philosophy for teams that may have considered the tanking route in the future. The draft lottery hurt the Knicks, Cavs, Suns and Bulls, and that is likely to have repercussions that could be felt for years.