FAI crisis: Minister for Sport Shane Ross reveals board of football governing body will step down

FAI crisis: Minister for Sport Shane Ross reveals board of football governing body will step down 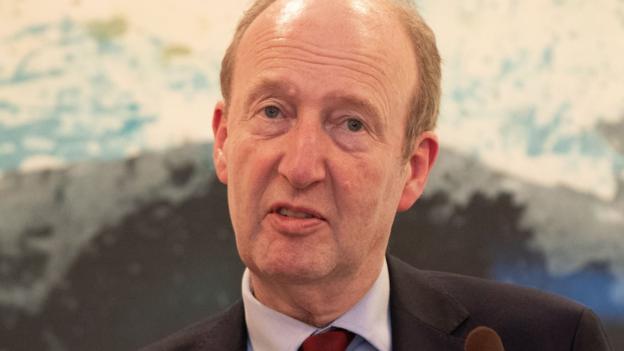 The board of the Football Association of Ireland will step down following a series of financial governance issues at the organisation, Minister for Sport Shane Ross has said.

Minister Ross revealed the move while delivering a statement to an Oireachtas Committee on Sport on Tuesday.

The FAI has suggested an emergency general meeting is held in July to establish a new board.

Former FAI CEO John Delaney had offered to step aside on Monday.

Earlier on Tuesday, it was revealed that Companies Registration Office had received a report from auditors Deloitte Touche saying that the FAI’s accounts are not being kept properly.

The auditors said the FAI is contravening section 281 and 282 of the Companies Act.

Ross added that the FAI will receive “no further Government funding” until “we see real change and reform in the association’s corporate governance, and until we have credible answers”.

Minister Ross was reading a letter from FAI President Donal Conway at this afternoon’s Tourism, Transport and Sport Committee meeting.