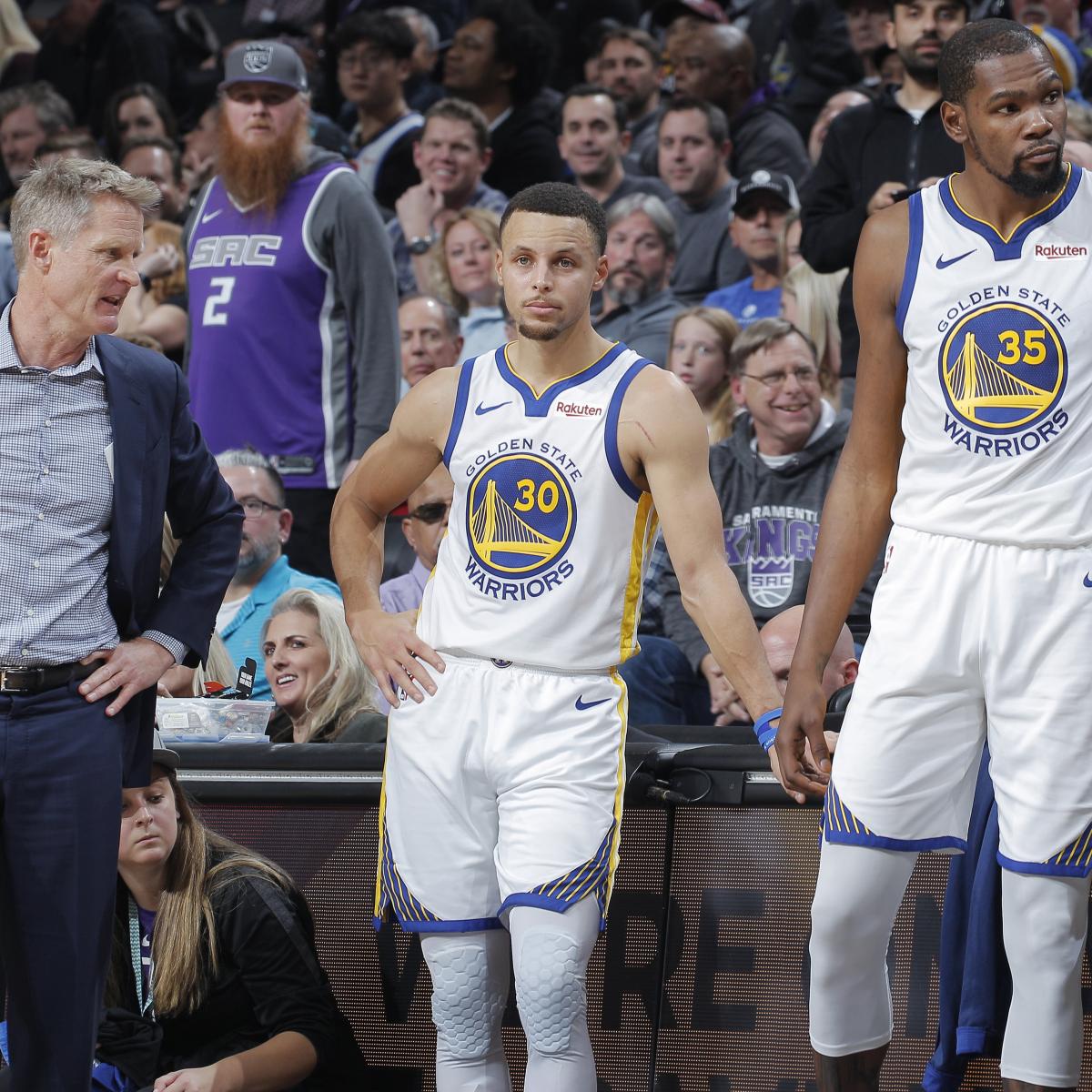 The Golden State Warriors are Pacific Division champions for the fifth straight season following Sunday’s 137-90 win over the Charlotte Hornets:

The Warriors have now captured the Pacific crown on seven occasions, but they have some work to do in order to catch up to the Los Angeles Lakers‘ all-time mark. The Lakers have 23 division titles, the last of which came in 2011-12 to wrap their own five-year reign atop the standings.

While nobody seriously threatened Golden State this season, the division race was a little closer than in recent years.

Six-and-a-half games separate the Warriors from the second-place Los Angeles Clippers. Since the start of the Steve Kerr era in 2014-15, the gaps between Golden State and the Pacific runner-up have stood at 11, 20, 16 and 16 games.

The current 6.5-game difference is a testament to the Clippers’ overachievement and a sign of how much the Warriors have labored through the regular season.

After they won an NBA-record 73 games in 2015-16, Golden State’s record declined over each of the next two years. That trend will likely extend to three years as the team’s 68.4 winning percentage is its worst with Kerr on the sideline.

Last February, Kerr famously let his players handle the coaching duties for what proved to be a comfortable win over the Phoenix Suns. He didn’t resort to similar tactics to break up the monotony of this season, but he attempted to use the Warriors’ impending departure from Oracle Arena as a source of motivation, per ESPN.com’s Nick Friedell:

“And we’ve let our fans down many times this year at home, particularly on nights that are big ones, against great teams, national TV [games]. So something we’ve discussed the last two days: What’s our purpose? Why are we doing this? I think we owe it to ourselves, we owe it to our fans, and particularly to our fans in Oakland, to give them our best stuff for the coming months.”

Kerr’s talk only provided a momentary lift. Days later, the Warriors lost 115-111 to the Suns at home.

Apathy is too strong a word, but Golden State is clearly waiting until the playoffs before it locks in and plays up to its full capabilities for more than a few quarters at a time.

Although it would be fun to see the Warriors at their best more regularly, few can begrudge the team’s approach. According to Vegas Insider, Golden State is still the heavy title favorite (1-2), with the Milwaukee Bucks a distant second (10-1).

Winning the Pacific gives the players and fans something to celebrate for the time being. However, it will ultimately be a footnote, far overshadowed by whatever happens in the postseason.